Google’s Balloons Will Provide An Entire Country With Wi-Fi

Hint: It's a small country 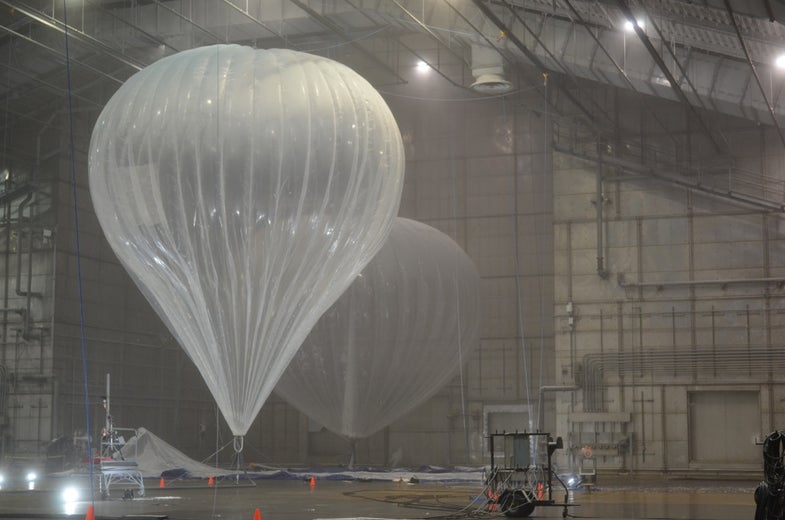 The latest iteration of the Google Loon project, the Nighthawk balloon. Google
SHARE

Google’s plan to bring internet to the world via balloon has found a toehold in central Asia. The government of Sri Lanka announced this week that Google’s Project Loon will provide “affordable high-speed” internet coverage for the entire country, beamed from balloons floating in the atmosphere.

Neither the Sri Lankan government or Google has set a concrete time table, but foreign minister Mangala Samaraweera made mention of the country being covered in “a few months.” The country of Sri Lanka covers 24,954 square miles, with a population a little more than 22 million. There are only about 2.8 million mobile Internet connections in the country, though, and about 660,000 wired connections.

Google has been prototyping different balloon designs for at least the last two years.

Loon’s latest iteration is called the Nighthawk, a collaboration between the Loon team and aerospace designer Raven Aerostar. Google says they’re hopeful this is the design that will be put into the field, according to a Google Plus post detailing progress with the project.

The Nighthawks will be outfitted with LTE antennas to send data to mobile phones, and capable of transmission from balloon to balloon and to telecommunication stations on the ground. The balloons are slated to stay in the air for 100 days at a time.