How Mike Cassidy of Google's Project Loon wants to get internet airborne. 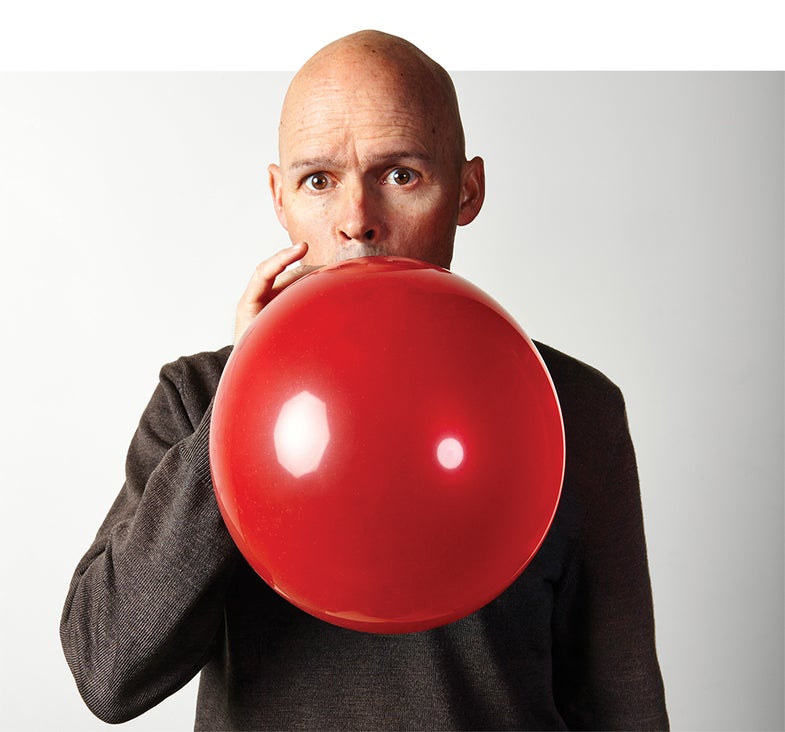 Mike Cassidy works at Google X, the company’s self-described moonshot factory, as the leader of Project Loon. His team’s goal is to deploy a global network of thousands of Wi-Fi–connected balloons that will provide affordable Internet access to everyone on the planet. Ambitious much? We asked how they plan to pull it off.

Popular Science: What was the inspiration for Project Loon?

Mike Cassidy: People have talked about high-altitude communications platforms for a long time, but they all had the same concept: a tethered balloon, or a vehicle that kept itself in one spot over the ground. We said, “We can let the balloons move with the wind.” As one balloon moves away, another comes and takes its place.

PS: How did you develop the right balloon for the job?

MC: Initially, the team put a regular router on a weather balloon. They modified the router to make it work at 12 miles, as opposed to 50 feet. But weather balloons are designed to race up into the stratosphere, then pop. We wanted ours to last 100 days or more. To do that, you need to design what’s called a super-pressure balloon. We use load-bearing tendons made out of a Kevlar-type material that can bear 100,000 pounds of force.

PS: What kind of technology makes this possible? Any breakthroughs?

MC: I believe we’re the first to have an altitude-control system that works on a steady basis. The balloons have solar panels for power, GPS so we know exactly where they are, iridium antennas for communication, and onboard computers to receive commands, which guide them to where we want to have coverage. Ground control monitors the balloons 24/7.

PS: These balloons travel quite a distance. One circumnavigated Earth in 22 days, right?

MC: That balloon has now gone around the world twice. That’s the whole goal of the project: to provide coverage all over Earth.

PS: Bill Gates said, “When you’re dying of malaria, you’ll look up and see that balloon, and I’m not sure how it will help you.” Thoughts?

MC: Every 10 percent increase in a country’s broadband coverage elevates its gross-domestic-product growth by about 1.4 percent. For a country with a 3 percent GDP growth rate, boosting coverage by 20 percent could double that rate. That jump is associated with higher standards of living, higher education levels, and better health.