The project aims to spread affordable Internet access to even the most remote regions. 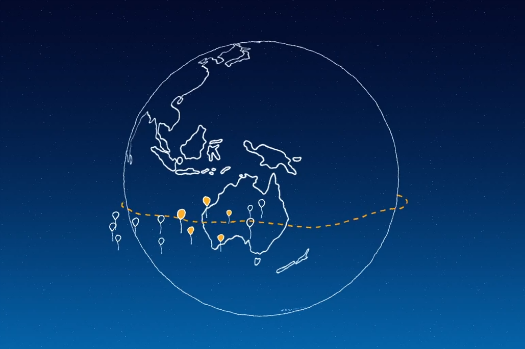 Last July, the United Nations’ Human Rights Council declared that Internet access was a basic human right. Tim Berners-Lee, creator of the World Wide Web, has previously stated that everyone in the world deserves at least a low-bandwidth connection by default.

Still, only 41 percent of the world has an Internet connection, according to 2013 figures from the International Telecommunication Union. A few weeks ago, the Wall Street Journal reported hazy details of Google’s ambitions to bring high-speed Internet access to sub-Saharan Africa and parts of southeast Asia where connectivity is sparse.

Now Google has come out with firmer details of at least one aspect of that plan: Project Loon, the balloon-powered endeavor from the Google[x] lab, aiming to spread affordable Internet connectivity to everyone in the world, even those living in the most rural and remote corners on Earth.

The balloons will carry “a network in the sky” over mountains, dense jungles and archipelagos, beaming connectivity to antennae on the ground. A pilot test launched in New Zealand this week, with 30 balloons and 50 testers commissioned testers in the area. The company plans to expand pilots to other countries at the same latitude as New Zealand sometime in the future.

The solar-powered balloons are carried by steady atmospheric winds 20 kilometers above the ground in the stratosphere, above weather and airplane traffic. A single balloon can provide connectivity at around the same speeds as 3G speed to a 40-meter wide area on the ground, according to the company.

“We imagine someday you’ll be able to use your cell phone with your existing service provider to connect to the balloons and get connectivity where there is none today,” project lead Mike Cassidy wrote on the Google Blog.

Floating our Internet connection around in the sky on balloons seems a little far off (Loon’s name comes partially from the fact that the idea sounds pretty kooky), but Google’s not the only company with their head in the sky. As we reported last week, Perseus Telecom is working on a transatlantic balloon network to transmit microwave data for for financial trading.

As we pointed out last month, Google stands to gain a lot by bringing web access to the masses–the company could become the sole Internet provider for huge swaths of people. World domination isn’t that far off. (But at least it comes with cute balloon animations.)