A 5-inch update to the Nexus line 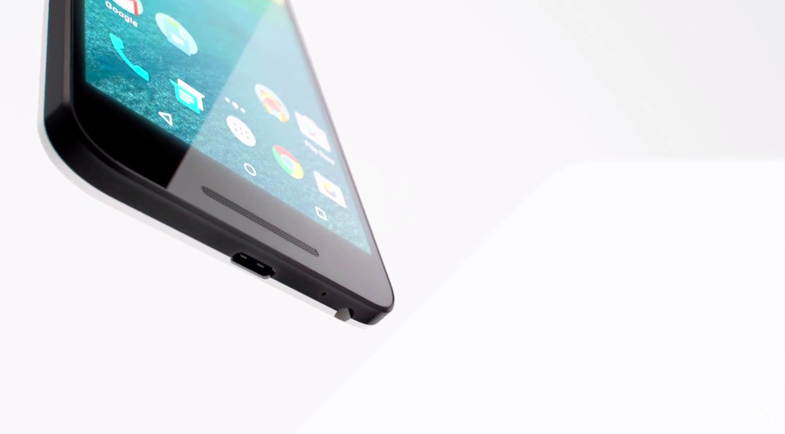 Google and LG announced an update to their popular Nexus phone line, the 5X, at Google’s Nexus event today, in the wake of months of rumors and leaked images. The new 5X packs a 5.2-inch 1080p screen, a Snapdragon 808 processor, and a 12-megapixel camera (with very large pixel-size, Google assures us). It also comes with a USB-C connector, which can be used to charge, transfer data, and send video out of the phone.

The 5X is the more traditional phone of the two new models Google announced today, compared to the periscope-esque 6P by Huawei. It will ship with the new Android Marshmallow operating system.

Nexus Imprint is what Google calls the phone’s fingerprint scanner. Google VP of Engineering Dave Burke says that the scanner learns more about your fingerprint every time you use the feature. This is contrasted to phones like the iPhone 6S, where users set their fingerprint initially and the phone relies on that one set of data.

Battery life is always an issue with smartphones. The new Nexus phones address this with their Doze, which Google claims will extend battery life by 30 percent. Google also built a secondary processing unit they call Sensor Hub, which offloads sensor processing (like activity tracking) to conserve battery power.

On Tap, Google’s answer to Apple’s Proactive, learns how you use your phone, and supplies information that it thinks you might want. Android Marshmallow also integrates complex voice interaction, that can ask follow up questions.

You can preorder the Nexus 5X in the Google Store starting today, and starts at $379 for the 16GB model. It comes with a free subscription to Google Play Music, and $50 Play Store credit. Google will also offer Nexus Protect, a warranty program that offers 2 year coverage for accidental breakage, and can get subscribers a new phone in 1 business day.

The announcement comes just days after Apple’s new iPhone 6S and 6S Plus went on sale in stores, selling 13 million devices since pre-orders began earlier this month, a new record for the company.

Android remains the dominating operating system worldwide, in 1.4 billion devices worldwide according to Sundar Pichai, but the iPhone is still the best-selling single smartphone model line of all time, and barring any surprising deals from Google or its hardware partners, we don’t expect these Nexus devices to change that dynamic anytime soon.

Developing, check back for more updates…