Living in the Future: We Are All DJs 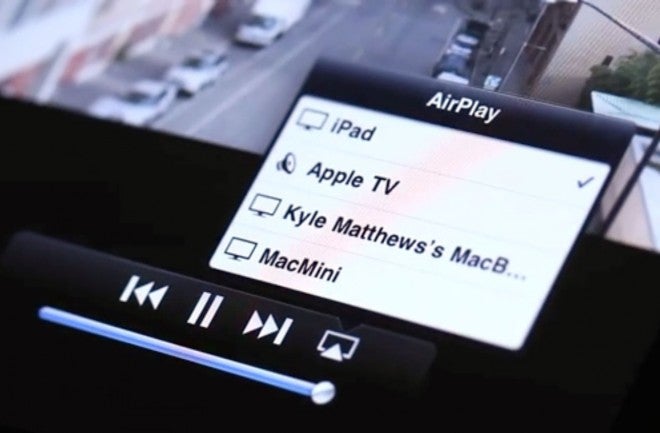 Living in the Future is a new column about those rare moments, as we go about our daily lives, when we realize that what we’re doing is amazing. We have a tendency to assimilate new tech into our lives without giving it much thought, or even without much gratitude, as Louis C.K. reminds us. But every once in awhile, we get that visceral “whoomph” while doing something as mundane as listening to music or playing a video game, and think: “Holy shit. I can’t believe this is possible.”

My favorite thing about AirPlay, Apple’s wireless streaming protocol, is that it works so well and so simply that I never have to think about it. This scene has happened more than once: A group of friends sit around a living room, talking, drinking, laughing. Somebody wants to share a song with the group, or a YouTube video of tiny houses, or of a cat that figured out how to get more food from its automatic feeder, or the music video du jour.

In some way or another, I’ve been taking music and video from my computer and playing it on my TV for years, and it’s always been awkward, ungainly, and unreliable. But these days, when I want to do that, my mental image is this: A video plays on my phone. I look down. I wrap my fist around the video. While the video struggles against my palm, cats meowing or singers cavorting, I wind up like a pitcher and heave it at my TV. It flies through the air in bits, like that Wonkavision scene in Willy Wonka and the Chocolate Factory, before slamming into the TV and reassembling itself, large and cinematic.

Using AirPlay couldn’t be easier. There’s a little icon, like a TV with a triangle in it, next to the play/pause controls in your videos app, your music app, your photos app. It’s in YouTube, Crackle, Boxee, Rdio, and Spotify. Tap it. A little bubble pops up: where would you like this to go? Apple TV? Boxee Box? Stereo? Tap your choice, and it starts playing there.

Three years ago, this would have involved wonky streaming using a protocol called DLNA, way above the reach of most users, or some awkward combination of downloading, converting, and transferring. Or you could plug your laptop into the TV and the stereo, an adapter from your laptop to HDMI running into your TV and a 3.5mm to RCA cable from your headphone jack to your stereo, plus a power cord running from your computer on your coffee table to a semi-nearby outlet. Then you could trip over the cables.

AirPlay is an under-heralded idea, but it won’t be for long. Microsoft announced SmartGlass at E3 this year. It’s like AirPlay, but a little smarter. You’ll be able to get extra content on your tablet (like a Surface), so your devices can complement each other–while watching “Game of Thrones” on your TV, you might see a map of the kingdom on your tablet. Google just yesterday announced the Nexus Q. It lets you push music and video from an Android device to a TV or speakers.

And one of my favorite things about the Nexus Q? Collaboration. It’s a feature iTunes has tried, with iTunes DJ, but that only mines one playlist or one library. With AirPlay, or the Nexus Q, everyone at the party can find that one song in their collection that nobody else has, and make sure everyone else can hear it. Take a song from your phone, hurl it at the stereo. Dance.