The One True Streaming TV Device

The way to success is not to eliminate 90 percent of features and cut the price by 60 percent. Why not make the One True Streaming TV Thing? 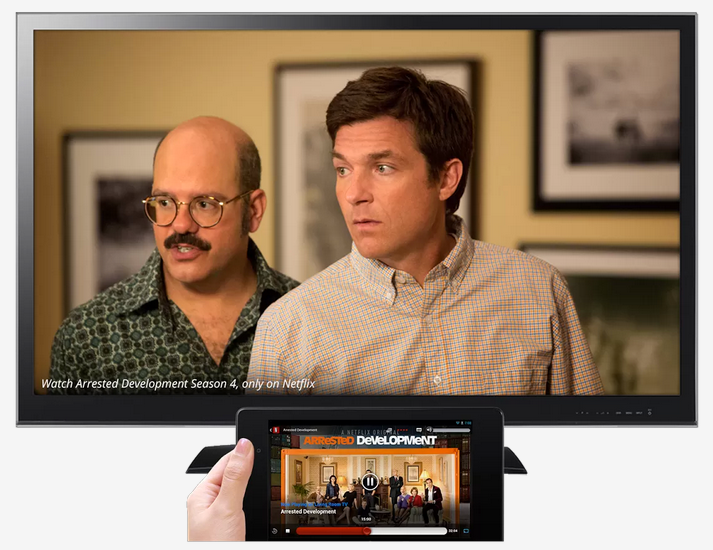 Google just announced their new Chromecast device, a very small stick thing that plugs into your TV and allows you to play videos or music on your TV. It costs $35, and if you’re a Netflix subscriber you’ll get credited three months free, bringing the price essentially down to $11, so people are very excited about it.

So here’s how Chromecast works: you start streaming a video on your phone, tablet or computer’s browser. If it is a particular kind of video–for example a Netflix video–there will be a little button you can press. Hit that button and you’ll get a little popup saying “would you like to play this on your TV?” (I’m paraphrasing here). Say yes and your TV will start playing that video instead of your phone/tablet/browser. Your TV is blank throughout this whole process, until you say “yes”–you do all your searching and browsing and selecting on some other gadget. This process doesn’t really have a name, as far as I know, so I’m going to call it “slinging.” It’s different than streaming; the Netflix app on your phone streams Netflix videos, but Chromecast lets you sling those videos to your TV. You can sling the stream, see? For example, AirPlay, which you can use on the Apple TV, is a slinging feature.

In our haste to crown a gadget the king of its category simply because it’s the newest member of that category, we sometimes forget about the humble, older gadgets that might still be the better fit for most customers.

The interesting thing about the Chromecast is that it isolates a single feature found in some other streaming TV products, eliminates everything else, and cuts the price and size down. Apple TV has a Chromecast in it, essentially, but the Chromecast eliminates 90 percent of what the Apple TV can do and cuts the price by two-thirds. Google thinks that one feature, the slinging feature, is enough to carry its product. 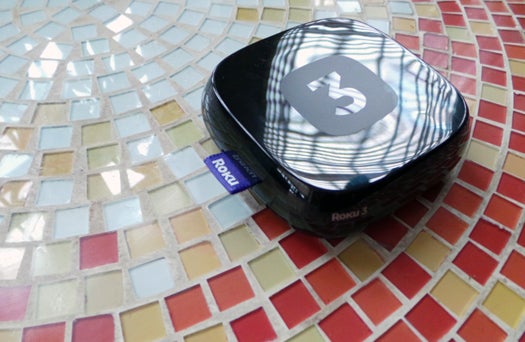 But there are lots of obstacles to adoption. The first and maybe most important is that this is very simply not how most people are used to watching things on their TVs. Apple TV and Roku and Xbox are familiar because they’re not really that far removed from the way we’ve been watching TV for decades before the internet came along. Apps are really just channels; in fact, Roku calls its apps “channels.” Pick up the remote, click over to the channel you want, click over to the show or movie you want, play. It takes very little learning.

The concept of slinging, in which you play content on your phone before magically beaming it via Wi-Fi to a stick plugged into your TV–that’s at least one alien new step that most people haven’t messed around with, and alien new steps are always major barriers to mainstream adoption.

Another major problem is that I simply do not trust Google to develop the Chromecast in the way it needs to be developed for its vision to succeed. It’s confusing at the moment! You can sling content to the Chromecast with any of several devices–iPhone, Android phone, laptop running the Chrome browser–but they can’t all play all types of videos. Right now, the Chromecast only supports Netflix and Youtube through all of those. If you sling content to the Chromecast with an Android phone or tablet, you can use the music and video app that plays stuff you’ve got on your phone (for example, a TV show you’ve bought and downloaded from the Google Play store, or an album you’ve synced onto your phone from your computer). With a computer using the Chrome browser, Google says you can sling “any video content,” be it Hulu, HBO Go, or something else entirely. Assuming that’s true–which is a big assumption, given the wildly divergent types of video players and security for those video players on the web–it requires that people control their TVs with their computers. People generally do not like doing this, otherwise we’d all just plug our computers directly into our TVs.

If that sounds confusing, I’ve sort of proved my point. This is confusing!

Google also has a spectacularly lousy history of supporting its TV products; if you can actually remember what the Google TV and Nexus Q even were, I’d be surprised, and if you own either, I’d assume you’re also a professional gadget reviewer who received a free one from Google. Google says they’re releasing an SDK (software developer’s kit) so that the developers who make video apps like Hulu and HBO Go can make their iPhone and Android apps work with the Chromecast–but will they? I wouldn’t put my money on it, even if it’s a pretty small amount of money. 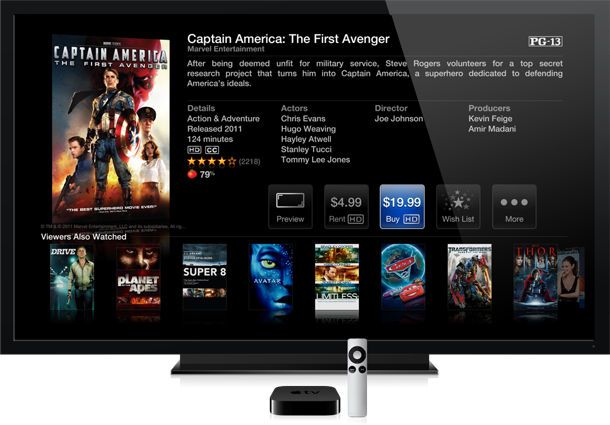 And that also completely ignores the pleasure of navigating a pretty interface on a TV. Apple TV and even Roku, lately, have turned their interfaces into something pretty special. Browsing through one of these devices shows huge movie posters and album art; metadata like directors, actors, and plot synopses; and beautiful animations. Compare that to the Chromecast experience: pick up your phone and scroll through a tiny app. Why use your giant TV if you’re not going to use it to its fullest? And imagine the awkwardness of browsing and selecting a title if you’re not alone. What do you do, read out the titles to your guests as you scroll through on your phone? Does everyone crowd around you? Do you just take control like a living-room despot?

The main draw of the Chromecast is its price, which is admittedly absurdly cheap. But, um, the Roku HD, which has a lovely interface, universal search, and support for hundreds of apps, costs $50 on Amazon. It doesn’t have a slinging feature like Chromecast or Apple TV’s Airplay, that’s true, but it does have Plex, which sucks up all of the videos on any computer in your house and organizes them by category and title, pulling in all that delicious metadata from online databases so you can browse by cover art.

The Apple TV costs $95 on Amazon–a lot more money, sure. But you get a lot more for your money (great interface, stellar hardware, support for the enormously popular Apple store, the combination of apps and a slinging feature), and it’s also important to remember that these gadgets can help you get rid of cable entirely. An Apple TV costs about as much as one month’s worth of cable. Suck it up, guys. It’s not that expensive.

This isn’t to say that I’m not excited by Chromecast; I think slinging is exceptionally cool, and I think it’s great that this hardware so cheap and small. But I don’t necessarily think that a device that does exclusively slinging, no matter how cheap it is, is a viable option for most people. It’s best as part of a larger whole.

That larger whole will come, soon enough. It’s a fun thought experiment to make a sort of frankengadget out of all of the devices; I want the Roku’s ease of use and depth of content, the Apple TV’s speed and beautiful interface, the Chromecast’s device-agnostic beaming capabilities, the Boxee’s live TV addition, and, hell, while I’m at it, I want the sports content from good old cable TV. And I want it for $100. Soon enough someone’ll do this. But if you’re going to cut the cord, you need more features to make up, not fewer.