Everything new is old again: see the video! 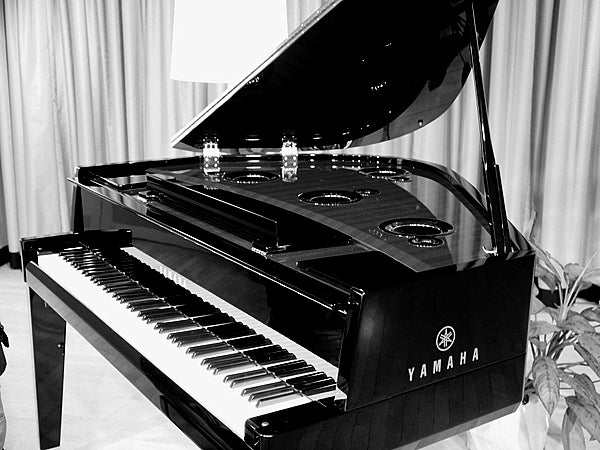 The AvantGrand retains the look, feel and sound of a real grand piano. Sean Captain
SHARE

Why reproduce in digital form something that’s worked perfectly fine for hundreds of years as an analog device? That’s the question I had for Yamaha about their new AvantGrand piano. The answer: So you can save five feet, 1,100 pounds, and $80,000.

Unlike, say, a digital SLR camera, the AvantGrand isn’t meant to perform better than the traditional analog device. It’s meant to perform exactly the same. But it makes that performance accessible to more people. Despite packing 16 amps and speakers, it’s still a lot smaller (four feet long) and lighter (480 pounds) than the nine-foot, 1,500-pound, $100,000 grand piano it’s meant to replace. And it’s a lot cheaper to make, retailing for $19,000 when it hits the market this summer. 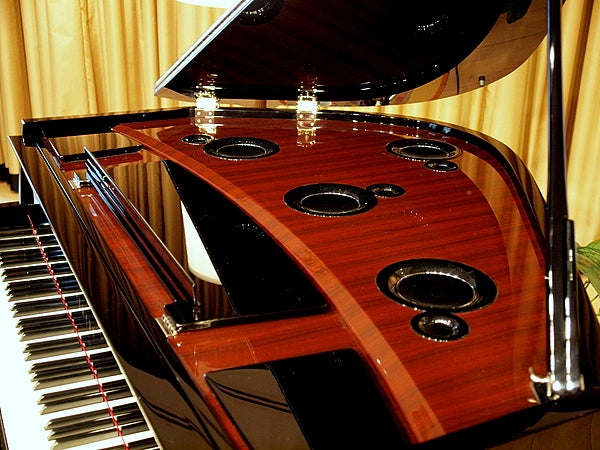 Four sets of speakers reproduce the sounds that would come from the top of a real piano.

But to appeal to ultra-serious piano players, it had to not only sound but also feel just like the real thing. For sound, Yamaha upped the audio from stereo to four-channel. The AvantGrand’s notes are synthesized from recordings taken at four positions of a real Yamaha nine-foot grand piano and are played back at four corresponding spots on the AvantGrand — each one sporting a tweeter and midrange speaker on the top of the piano, and a woofer below. Each speaker has its own amplifier as well. Other digital pianos, like Yamaha’s Clavinova, only play in stereo.

For feel, Yamaha retained the mechanics of a traditional piano. The AvantGrand has a full-scale “action” — the keys, weights and hammers that would hit the strings on a regular piano. But instead, they hit a padded bar and pass by optical sensors that measure their speed so the synthesizer knows how loud a note to play. To simulate the vibration a player feels, the AvantGrand has two transducers under the keyboard. Strike a high note on the right-hand side, and you’ll barely feel anything. Strike a low note over on the left, and it feels like the whole piano is reverberating. Yamaha also creates this feel, as well as sound, with an omnidirectional speaker right behind the keyboard. 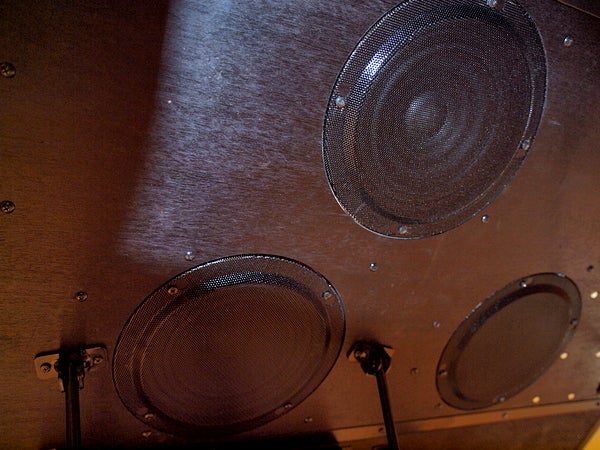 Woofers below reproduce the lowest notes.

I found it extremely convincing. But what do I know? I made it through about three piano lessons 30 years ago before my father threw his hands up in disgust. So I asked a pro — a musician named Matthew Cameron who came in to play the AvantGrand for me. It was his first time touching the instrument, he said; and he claims it performed far better than he’d expected. In particular, Cameron said it had a lot more “color” — versatility in creating sounds — than he’d thought possible. (I asked, and Cameron insisted that Yamaha hadn’t paid him to say good things.)

So I asked: If he were blindfolded, would he know the difference? “Yes,” he said, without hesitation. A real piano creates a more enveloping sound — especially if you are playing it or standing right next to it. “But if you were blindfolded at the back of the room, you’d barely be able to tell,” he quickly added.

(Thanks to Canon for providing the FS11 camcorder for this video.)

At home, Cameron plays on a Yamaha Model C — a six-foot piano selling for about $40,000. So then I asked the crucial, rubber-hits-the-road question: If the $19,000 AvantGrand had been available when you were on the market, would you have bought it? “Definitely!” he said, with a force that made me think he meant it. 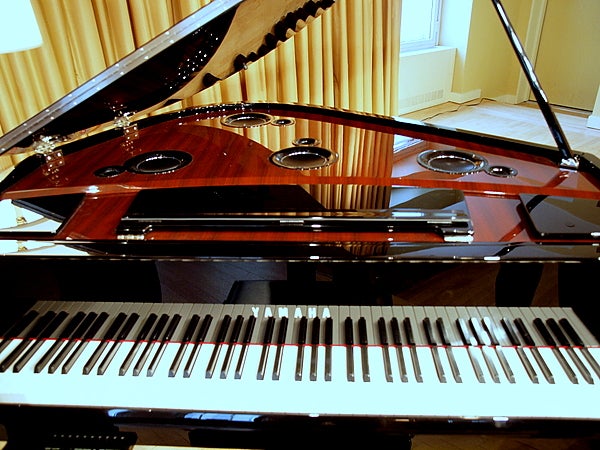 The AvantGrand has a tradtional keyboard, plus transducers that simulate the feel of a real piano vibrating.
Gadgets
music
pianos
Science and Technology Videos
synthesizers