The FYI experts tackle the question that plagues every audiophile 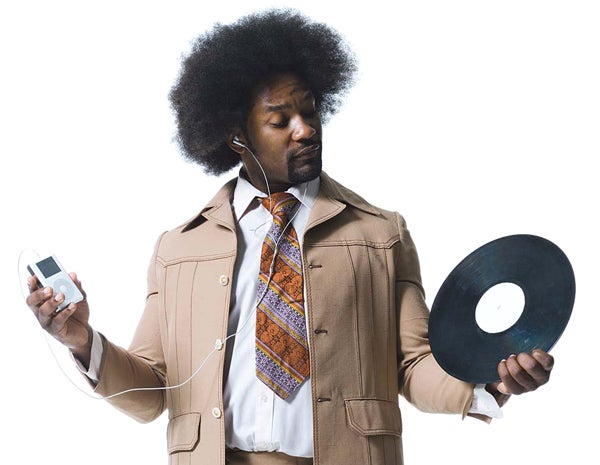 Sorry, vinyl aficionados, but CDs most accurately capture the clarity of musical performances. If you look at the grooves of a standard long-play record, or LP, through a microscope, you’ll see that each is filled with what look like rolling hills. These are, in fact, an extremely close replication of the shape of the sound waves from the musician’s instrument. But because the needle that carves the groove is shaped slightly different than the needle that reads it, the LP will never sound exactly like the original performance. (Not to mention that changes in temperature and humidity warp vinyl over time.)

The mathematical data encoded on a CD, however, is a nearly exact representation of the original sound. Comparing an LP and a CD made from the same microphone signal, the LP’s groove must perfectly match the signal to sound close to CD-quality, which is almost impossible, says Stanley Lipshitz, who studies electro-acoustics and digital-signal processing in the Audio Research Group at the University of Waterloo in Canada.

Even so, some audiophiles claim to hear a natural sound, vaguely described as “musical warmth,” when listening to vinyl. What they’re hearing, Lipshitz says, is most likely the deficiencies of the record player. Sound waves from the speakers and the needle’s rise-and-fall passage over the grooves cause the LP to vibrate. The needle picks up these extra vibrations and adds them to the music, creating the “fullness” that’s associated with LPs. “Some people mistake this defect for a virtue,” Lipshitz says.

But when it comes to portable music, people stuff their iPods with tunes of far worse quality than either CDs or LPs. MP3s are compressed files that cut as much as 90 percent of the sound from the original recording, by using computer models of human hearing and removing subtle sounds that most of us don’t realize we’re missing. A compressed recording of a French horn, for example, might lack the slight reverberations from the concert hall.

Instead of filling his digital music player with thousands of songs of crummy sound quality, Grammy Award–winning producer Jim Anderson keeps his iPod stocked with just 55 songs in an uncompressed format, including jazz pianist Keith Jarrett’s epic live solo concerts in Germany. (Anderson prefers the lossless AIFF format, in which one minute of stereo audio occupies 10 megabytes.) “If I were to cut the CD down to an MP3, I’d be throwing out all the stuff in the room that makes the piano sound as full as it does,” says Anderson, who is also chair of the department of recorded music at New York University. “I hear the piano exactly as it was at the concert.”

Burning question? Send it forth to the experts at fyi@popsci.com