A Tech Guide for the Newly Jobless

The Grouse unveils the 13 gadgets, Web sites, and tricks you'll need to weather the unemployed storm 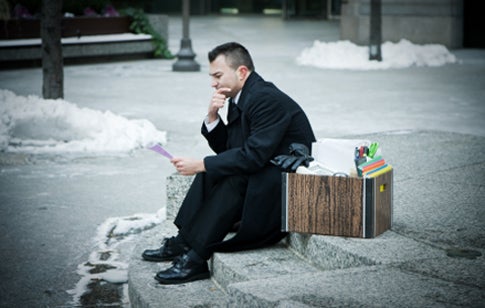 Been laid off? Sacked? Canned? Made redundant? Welcome to the new economy! Now that you’ve parted ways with regular pay, it’s time to make a few lifestyle tweaks to help keep your head bobbing above the poverty line. First of all, don’t worry a thing about your monthly health insurance payment—that nut will disappear all by itself when your coverage runs out. I’m talking about your tech habits and what you need to know while riding out this exile from the working world. As a gadget buff who has clocked some serious time “in between jobs” myself, I offer up this checklist of the bad tech to avoid and the good tech to embrace as you ease into your new situation.

Cable TV: Bad
Ditch it. There’s no sense in paying $50 a month when you can score network and cable TV for free on Hulu, Joost, YouTube and the official network sites. Or, if the DTV transition does actually happen in a few weeks, pull your boob tube down from the ether.

Netflix: Bad
Stop shelling out upwards of $16.99 per month for unlimited entertainment and trade it in for a library card. Did you know that most branches rent DVDs (for free, of course)? Just prepare to be comfortable with the fact that On the Waterfront is still considered a new release.

eBay: Bad
The quickest way to drain a 401k? Getting hooked on purchasing pieces of toast that look like Maddox Jolie-Pitt.

As-Seen-On-TV fitness gadgets: Good
Whether it’s the Ab Roller, Ab Rocket, Ab Coaster, Ab-Energizer, AbTronic or 6-Second Abs, what these at home fitness trinkets all have in common, debatable quality aside, is that they’re a heck of a lot cheaper than a monthly gym membership.

iTunes and satellite radio: Bad
Eating, yes. But, you should never have to go without music. Of course, you shouldn’t steal it either, and there’s no reason to with the quality, selection and 100-percent freeness of what’s streamable from sites like Last.fm and Pandora.

Inkjet refill kits: Good
Some inkjet manufacturers have gone to court to try and stop you from refilling your own printer juice using one the many at-home syringe kits that are still available online. Now, why would they do that? Because rolling your own is the equivalent of paying about $1 per cartridge, compared to $40 from the manufacturer.

Facebook: Bad
Some experts will tell you that Facebook is great when you’re unemployed because it’s a quick and easy way to network. Wrong. Without any responsibilities to keep you otherwise distracted, you’ll be updating your status message, poking people and tagging photos so often that your friends will start loathing you.

Renewable energy: Good
Your cell phone charger is eating up juice even when your phone isn’t plugged into it. Why plug it in ever? Save some cash and a little piece of the Earth with a hand-crank or solar charger.

Video games: Bad
Don’t you have more important things to do, like filing for unemployment? Besides, “I rule at Madden” isn’t exactly an impressive resume bullet.

Industry news sites: Bad
If you’re unfortunate enough to have chosen a career in the media, you should avoid sites like Mediabistro and Gawker at all costs. Their daily announcements of layoffs and publication obits really aren’t the inspiration to keep on living that you’re going to need each and every morning.