iPhone Owners: Your Guide To iOS 7

What is iOS 7? How do I upgrade? When is the update coming? Can anything go wrong? The answers to these and more questions. 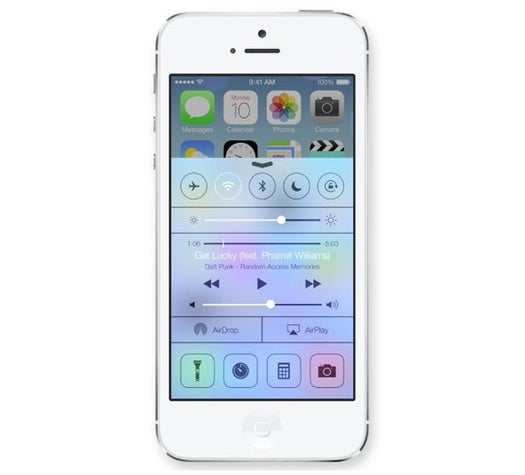 Unless you’re a gadget reviewer, you can’t get your hands on the new iPhones just yet–but if you’re using an iPhone 5, 4S, or 4, you’re going to get a really nice present today. Within the next few hours, Apple is going to release the brand-new version of iOS, iOS 7, to your phones.

When is the update coming?

Easy! Open your iPhone’s settings app, which (at the moment!) looks like a bunch of gears. Hit the option that says “General,” then “Software Update.” Your phone will look around for the update; if it’s available, it’ll let you do it right over the air. If it’s not available yet, don’t worry about it, it’ll come soon enough. Then follow the on-screen instructions; you’ll be able to do this without plugging your phone into your computer, though you may be required to connect to a Wi-Fi network.

Is there any reason I shouldn’t update?

Well, since it’s not out yet, I can’t tell you if it’ll crash your phone. But it probably won’t. I’ll be downloading it as soon as I can, if that tells you anything. Backing up your phone is probably a good idea; you can do that easily through iTunes. Just plug it into your computer, open iTunes, click on your iPhone in the left-hand sidebar, and under the “Summary” tab, click “Back Up iPhone,” making sure it’s backing up to your computer.

Wait, how did you get this far without knowing what this is? Fine, no judgments, I’m glad you’re interested. So! iOS 7 is the new version of the operating system for the iPhone. The operating system is the underlying platform on a given computer-like gadget; on your computer, you might run Windows or Mac OS X. On your phone, you might run iOS or Android or Windows Phone or BlackBerry OS. (Haha just kidding, you probably don’t run one of those last two.) Anyway, iOS has changed a lot since it was introduced in 2007, but it hasn’t changed very much visually. iOS 7 won’t wildly change the way your phone works but it will very much change the way your phone looks.

You’ll notice a totally new color palette, with cool pastels and primary colors rather than shades of blue and grey. The philosophy of the design has changed, too; before, Apple used something called “skeumorphism,” which basically means trying to make digital things look like physical things. A note-taking app, for example, might have a design with a spiral binding at the top, like a reporter’s notebook. This is considered by the tech elite to be a slightly outdated way of designing things; the modern view is that digital doesn’t need to look like anything in the real world, but can be simpler and cleaner, without unnecessary flourishes. This sort of philosophy is called “flat design,” and the new iOS is a full-on flat design update. 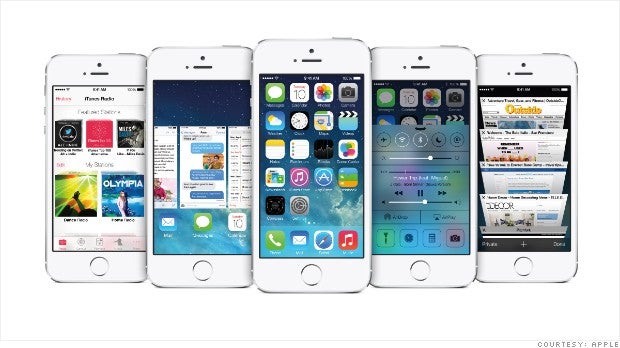 Feature-wise, the biggest change is called the “Control Center.” It’s a new, faster way to change basic settings on your phone, like turning the Wi-Fi on and off or changing the brightness. To get to it, you swipe up from the bottom of the screen. Easy!

Search is in a new place. To get to the search right now, you go to your homescreen and then swipe from left to right, as if the search bar was its own homescreen page just to the left of your apps. Not anymore! Now you swipe down from the center, which reveals a search bar at the top of your homescreen. I’m not really sure why this is better! On the other hand, it doesn’t seem worse, so, um, just get used to it, I guess.

Multitasking is also totally different, but now it’s much better. Double-click the home button to open up a list of all your running apps, as always, but instead of showing just a line of icons at the bottom of the screen, with iOS 7, you’ll see a nice big row of thumbnails, showing exactly what’s going on with your phone. Tap them to switch to that app, or grab it and swipe it upwards to close it, as if you’re tossing the app into a garbage can in front of your phone. (This is an interface stolen from an old OS called WebOS, in case you were wondering. It’s a very good one.)

And finally there’s one new feature called Airdrop that’s designed to let you share things easily. You can get to it with that “Control Center,” and it’ll let you beam a photo or certain kinds of files–not sure which kinds yet–to an iPhone or Mac nearby. Pretty cool!