In The Future, Non-Toxic Antifreeze Could Keep Your Car Cool 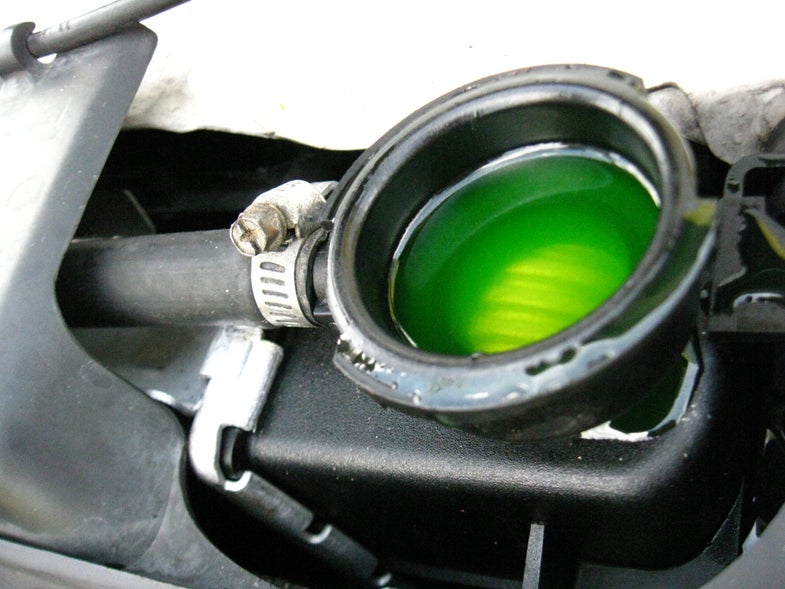 Antifreeze comes in a variety of sports drink-evoking hues, and has a sweet taste and smell that belie the fact that it is deadly to both people and animals. It poisons nearly 90,000 animals and 6,000 people every year.

But it doesn’t have to be this way. Researchers at the annual meeting of the American Chemical Society announced the development of a new antifreeze that uses the harmless propylene glycol instead of the incredibly toxic ethylene glycol that is currently used. Propylene glycol is already used in some industrial antifreeze functions, but until now researchers hadn’t figured out how to make the thick, goopy fluid runny enough to work well in cars.

They found that by adding metal nanoparticles to the propylene glycol, they could make something that could not only be used in cars today, but might help inspire a more efficient car of the future.