Plants Could Pave The Way For Greener Roads

Instead of gold the streets are paved with plant compounds 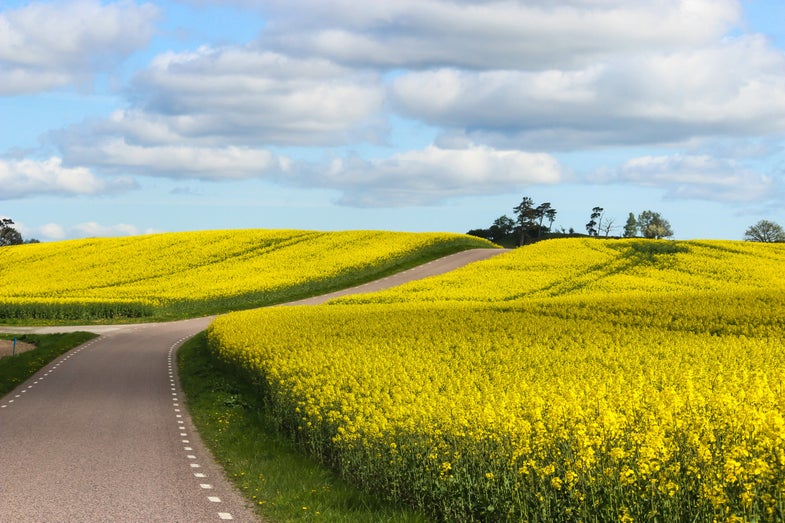 Asphalt contains bitumen, a product of the oil-refining process. But some scientists and engineers believe that they could get the same results by using lignin, a compound found in all kinds of plants. Lignin is strong: it binds together material in trees. It is also plentiful, and currently discarded as a waste product in the process of making paper.

In new research announced at the annual meeting of the American Chemical Society, scientists found ways to make lignin-bitumen compounds that can reduce the amount of bitumen by half, and create road sealants that can be customized based on a particular area’s climate. Warmer places can use a mixture that stays hard, even in hot weather that would normally make roads sticky, while road workers in colder climates might choose a mixture that stays more pliable, even in freezing temperatures.

“In the long term, we have to move to renewable products that we can harvest every year,” says senior scientist on the most recent lignin project, Ted Slaghek says. “It should be logical to use natural organic raw materials instead of crude oil.”

Other groups, including another one in the Netherlands are also attempting to use lignin as a way to reduce the amount of bitumen in roads, focusing on efficiently extracting as much lignin as possible from waste, and making roads quieter. Dutch roads are ones to watch: the nation is also responsible for the glow-in-the dark ‘Smart Highway’ that opened last fall.