The First Makerspace In A Hospital 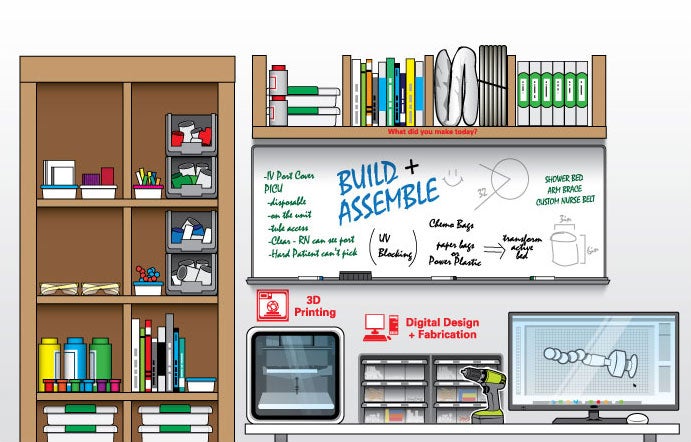 Back in the U.S., to better investigate and support nurses’ making needs, they founded the MakerNurse program in 2013. The organization discovered that healthcare personnel were already modifying equipment to make it safer and more efficient. “To them, it’s second nature,” Young says. “They don’t recognize their ingenuity as something that is worth talking about.”

To foster that creativity, MakerNurse supplied several hospitals with portable prototyping carts equipped with tools, Velcro, and electronics. It also established the first medical makerspace in the U.S.: MakerHealth Space, at the University of Texas Medical Branch in Galveston.

The space contains equipment like 3D printers, laser cutters, and sewing machines. Last September, 110 hospital staff toured MakerHealth Space, and around 25 scheduled consultations with engineers who provide expert advice once a month. So far, their projects include a novel medication-delivery system and a knee-brace support.

“Ever since Florence Nightingale, nurses and healthcare workers have done things on the fly with materials designed for other purposes,” says David Marshall, chief nursing and patient care services officer at UTMB. “Now they can develop those ideas near where they’re actually delivering care.” 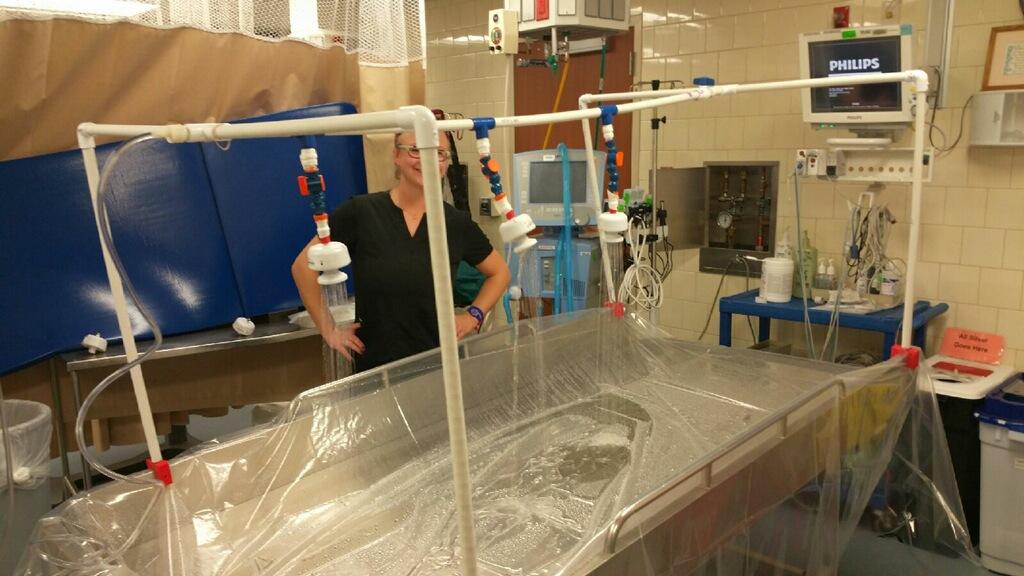 When chemical-burn patients come to the ER, nurses must wash them by manually holding a showerhead for hours at a time. Jason Sheaffer, nurse manager for the Blocker Burn Unit at UTMB, turned to MakerHealth for a less onerous approach. Using PVC pipes and 3-D-printed parts, he made a portable three-headed shower that can direct water over specific areas. “It seemed like an easy solution, but I could never get around to building it on my own,” Sheaffer says. “Now if I have an idea, I can just run up to the makerspace and get the ball rolling.”

This article was originally published in the March/April 2016 issue of Popular Science, under the title “Nursing Invention.”

build it yourself
DIY
Fix the World
forensic science
hospitals