Finally, A Hoverboard That Actually Flies 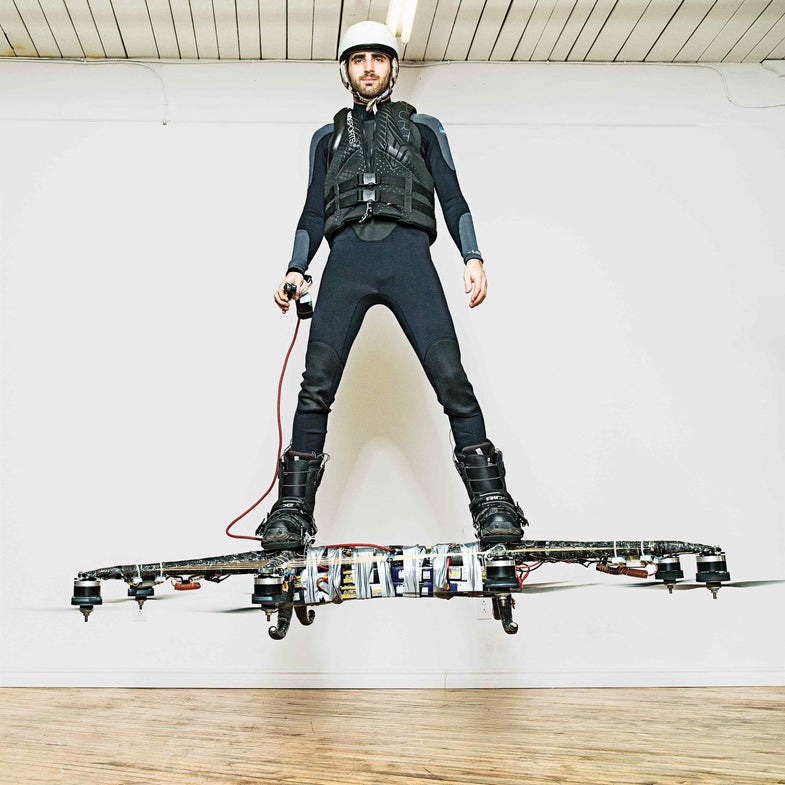 On May 22, 2015, Lake Ouareau in Quebec, Canada, was peaceful and sunny. Then something straight out of science fiction roared across the water. Alexandru Duru, balancing on a homemade hoverboard 16 feet above the surface, flew a distance of 905 feet, 2 inches—smashing the previous Guinness World Record (a measly 164 feet) for the farthest hoverboard flight. “Riding it is a feeling that no other machine can provide,” Duru says. “Nothing comes close.”

Duru, a software engineer, has devoted the past five years to perfecting his hoverboard design, called Omni. His first attempt was little more than a piece of wood strapped to a motor and propeller. The current iteration—refined by his new company, Omni Hoverboards, and local university students—is made from carbon fiber but still has a DIY feel: It achieves lift with eight large propellers, powered by 16 lithium-polymer batteries.

Duru and his team are now developing a second prototype that’s sleeker, more powerful, and safe enough for an eager public. He plans for it to be ready for distribution by 2017. “Most people imagine a future with hoverboards in them,” he says. “I think it’s going to happen for sure.” 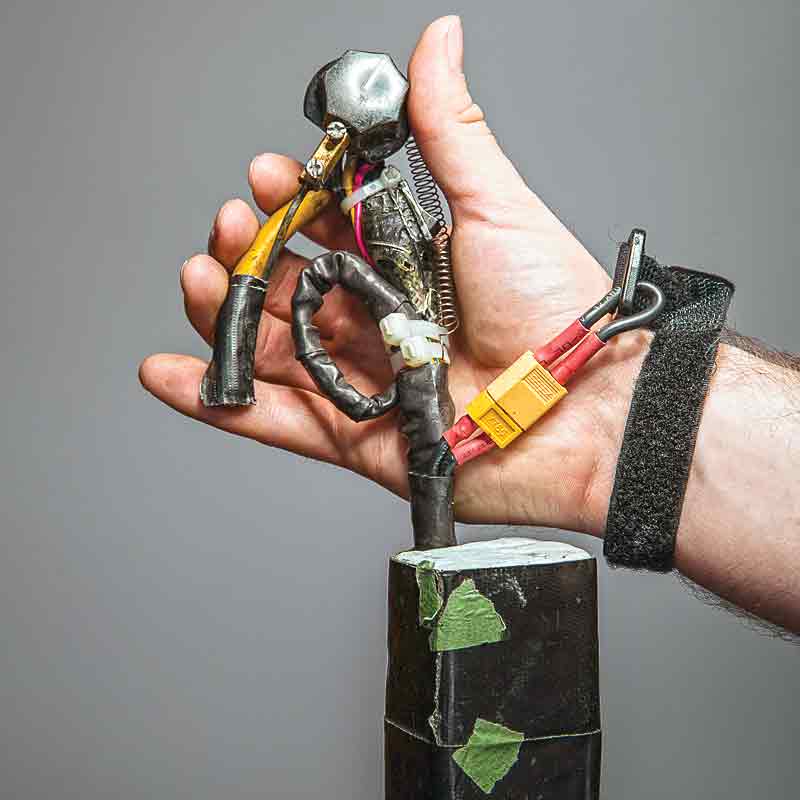 On his record-setting hoverboard run, Duru controlled his altitude and speed using a handheld remote fashioned from a pair of pliers. And that wasn’t the only DIY aspect of Omni: Duru also used snowboard bindings to strap his feet to the frame.