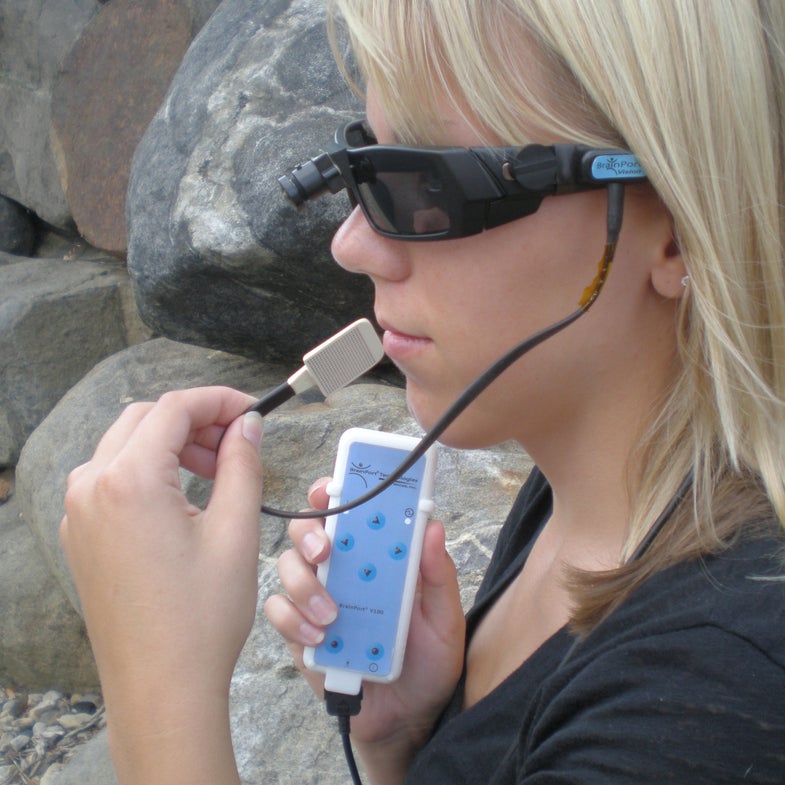 Last week, the Food and Drug Administration (FDA) announced that medical device company Wicab is allowed to market a new device that will help the blind “see.” The device, called the BrainPort V100, can help the blind navigate by processing visual information and communicating it to the user through electrodes on his tongue. Though this isn’t the first device to go on the market using sensory substitution (where information perceived by one sense is communicated through another), the sophistication and usability of the BrainPort V100 could mean that the number of sensory substitution devices permitted by the FDA is on the rise.

The BrainPort V100 consists of a pair of dark glasses and tongue-stimulating electrodes connected to a handheld battery-operated device. When cameras in the glasses pick up visual stimuli, software converts the information to electrical pulses sent as vibrations to be felt on the user’s tongue. Like most sensory substitution devices, “seeing” with your tongue may not be intuitive at first. But the researchers who developed the device tested it over the course of a year, training users to interpret the vibrations. Studies showed that 69 percent of the test subjects were able to identify an object using the BrainPort device after a year of training. However, the device is expensive; Wicab told Popular Science that it will cost $10,000 per unit, the same as its price when first reported back in 2009.

Researchers have been fiddling withsensory substitution for a long time, but most of these devices are not yet widely available. The BrainPort V100 will be on one of the first, having passed the FDA’s review through recently-updated guidelines called the premarket review pathway: “a regulatory pathway for some low- to moderate-risk medical devices that are not substantially equivalent to an already legally-marketed device,” according to the press release. Since this device is now allowed to be marketed and was approved relatively quickly through these new guidelines, the BrainPort may be paving the way for an explosion of sensory substitution devices to hit the market in the next few years, which could help the growing numbers of Americans with sensory impairments.