A 20-minute brainwave test improves ADHD diagnoses, according to company data submitted to the FDA. 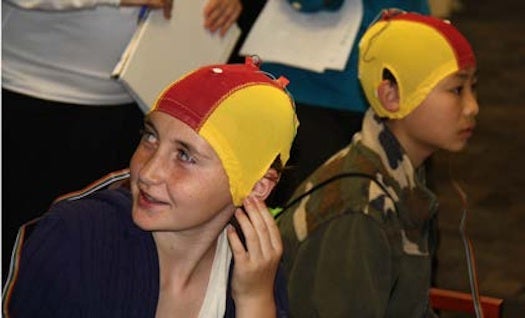 The U.S. Food and Drug Administration has approved a brainwave-measuring device to help diagnose kids with ADHD, a first for the disorder.

The device detects two different types of brainwaves, theta and beta, and how frequently they occur. Kids with attention-deficit/hyperactivity disorder have more theta than beta brainwaves, compared to kids without ADHD.

The FDA approved the device, called the Neuropsychiatric Electroencephalogram-Based Assessment Aid or NEBA, for use with a full medical exam. In a statement, the director of the agency’s Office of Device Evaluation, Christy Foreman, emphasized that the device has to work with other clinical measures.

To get their FDA approval, NEBA’s creators performed a study with 275 kids with attention problems. The study, which the FDA didn’t make public, found that adding a 20-minute NEBA test to standard diagnostic procedures helped doctors diagnose ADHD more accurately.

ADHD is one of the most common childhood disorders in the U.S., according to the FDA. Nine percent of adolescents have it. On average, kids are first diagnosed at age 7.

One clinical psychologist the New York Times talked with worried the test would make diagnoses more expensive, without making them much more accurate. Without the FDA’s study data, it’s difficult to know exactly how much better a NEBA-aided diagnosis is compared with a standard diagnosis.