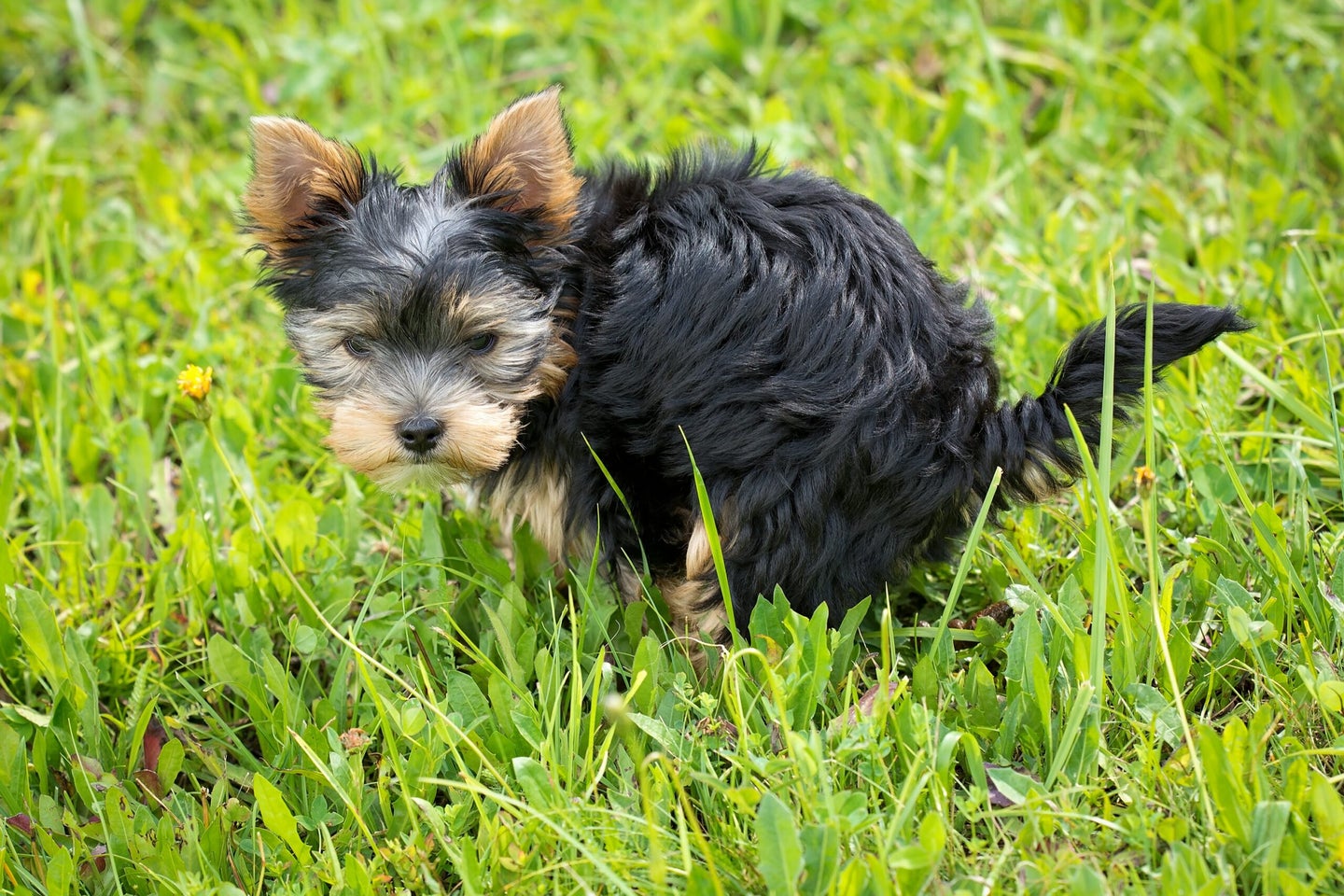 It's not clear why dogs look at us when they poop, but it's possible they're trying to make sure you're on the lookout while they're in a vulnerable position. So stop watching them poop and keep guard!. Pixabay
SHARE

An elephant’s rectum is about 10 times longer than a cat’s, yet they poop in the same amount of time. This conundrum may not have stumped you—or even occurred to you—but it vexed researchers at Georgia Tech. “How do animals defecate at a constant duration?,” they quite literally asked in their paper—which by the way was published in the journal Soft Matter. “To answer this question, we begin with measurements of feces.”

As with every good scientific endeavor, they started by defining their variables. Defecation begins, for example, at t=0, which they say is “when the tip of feces appears.” They provided four separate videos just in case you weren’t sure exactly when that is. And to avoid confusion between “steady state” pooping, which is what humans do, and animals like rabbits that produce little pellets they restricted their study to cylindrical feces. Repeat: you will not learn anything about the pelleted feces of a rabbit in this article.

“But what size were these feces?” you’re almost definitely not wondering. The length of one fecal piece is equal to the length of the rectum. Don’t ask how they got that second measurement.

Mucus is an integral part of a bowel movement. It has a certain thickness and viscosity, both of which these researchers quantified and both of which scale with the size of the animal. That’s right. A mouse has a tiny (some might even say adorable) layer of mucus inside their rectum and an elephant has—well, you can probably picture it. All that slimy goodness helps move a turd along the digestive tract and out, which requires significant pressure from your rectum. See, you may not realize this, but the diameter of your poop matches the diameter of your rectum, which implies that feces aren’t squeezed out like toothpaste from a tube but rather slide out “similar to a sled sliding down a chute.”

Based on their exhaustive measures of every possible aspect of pooping, the researchers boiled their findings down into one cohesive mathematical model of defecation. It contains seven variables and a fractional exponent, but here’s the gist of it: the time it takes to poop is equal to said poop’s length divided by its velocity. Bigger animals may make bigger turds, but they also exert a greater force upon those turds and have more mucus to help them slide along down the alimentary chute that is the rectum. Gravity, in case you were wondering, was discounted from the equation because most mammals have horizontal recta (yes, that’s an acceptable plural of rectum).

The researchers did acknowledge that in the case of diarrhea, the human gastrointestinal tract may not even need to exert pressure and instead could allow gravity to take its course. The equation for the duration of diarrhea involves slightly different variables, since it “occurs so quickly that steady state is not reached.” They estimated that a 70 kg (or about 154 lbs) human would be done in about 0.5 seconds. Accounting for constipation, on the other hand, means eliminating the effects of mucus, which they assume to have been absorbed in the event of an intestinal backup. With zero mucus and the “stiffest feces,” they approximate a six hour travel time when applying maximum rectal pressure, though they note that since intestinal walls can deform to help the poo along that actual transit time is likely to be shorter.

So why study the intimate details of mammalian pooping? Excellent question. This particular group already won a 2015 Ig Nobel Prize for their research determining that all mammals pee in about 21 seconds, so it’s possible that they just wanted to collect the set. More generally, the reality is that gastrointestinal health is a crucial part of your well being. And knowing what’s normal is crucial to knowing what’s abnormal.

Pooping, peeing, and farting are all important signs that your body is functioning properly. Just ask anyone who’s had an appendectomy. After you recover from the operation you walk around and eat some food and then you must prove that you can either poop or fart. It’s better if it’s both. And if you fart when there are no doctors or nurses around they will slightly doubt you and ask whether it’s possible for you to fart right here right now so that they can be really sure. Not that we’re speaking from experience, or anything. Pooping provides a more concrete form of evidence. And yes, that’s gross, but it also demonstrates that your gastrointestinal tract is functioning properly. We all feel awkward doing our business in a stall next to someone at work, so next time remember that your body is just proving how healthy it is. And hey—it only takes 12 seconds.

Correction: Due to some confusingly labeled tables in the study, a previous version of this post made reference to elephants ejecting nearly 4,000 kg of excrement in one go. That would be horrifying. We’re glad we were mistaken.