EPA Has ‘Long List’ Of Questions About New VW Software 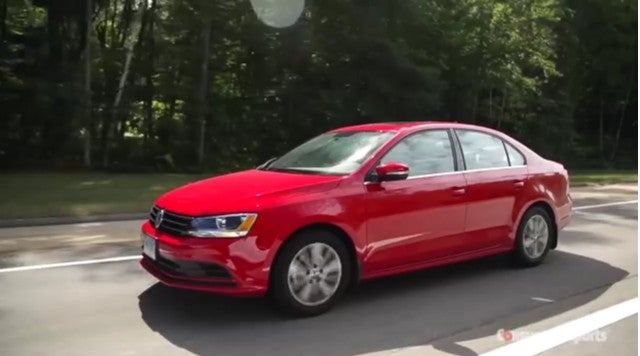 A couple of weeks ago, Volkswagen seemed confident that it would be just a matter of weeks before it made some simple tweaks and got its 2016 lineup of TDI diesel vehicles certified by the EPA.

That was before the existence of a second, and different, piece of software–previously undisclosed by VW–came to light.

The EPA has said that it has a “long list” of questions it needs to answer about what the software does, and how VW diesel cars perform under all operating circumstances, before it will consider certifying them for sale in the U.S.

That statement, taken from a Reuters article, was made on Tuesday by Janet McCabe, an assistant administrator at the EPA’s test facility in Ann Arbor, Michigan.

The software feature, which VW told the EPA about only recently, could affect the emissions of its 2016 diesel models–which is why the company withdrew its request for certification until it could modify them.

It apparently serves to warm up some portion of the exhaust emission treatment system, a function that must be disclosed to the EPA so it can be evaluated and, if necessary, tested.

Diesel exhaust aftertreatment systems are designed to operate most efficiently at the high temperatures produced in the combustion-ignition engines.

The engine produces far more pollutants in its first few minutes after a cold start than once every part of the system is up to operating temperatures, making it advantageous for engineers to heat up the system as quickly as possible.

According to industry trade journal Automotive News, the certification of VW’s 2016 diesel lineup may now take several months–rather than the few weeks VW had initially expected.

The EPA has already said it will test every passenger diesel vehicle sold new in the U.S. to see whether its real-world emissions remain within the legal limits that those vehicles all met in laboratory testing.

And McCabe went further at the same Ann Arbor media event, indicating just how disturbed her agency is at the deliberate deception by Volkswagen.

“We’re becoming the unpredictable EPA,” she said, as quoted in The Detroit News. “So we’ll be testing a range of vehicles with a range of configurations and situations,” going beyond diesels and into gasoline-powered vehicles as well.

The agency is “upping our game,” she said, and will conduct many more spot checks of vehicles on the road, including those owned by individuals and cars from rental fleets.

Other makers whose vehicles face increased and unpredictable real-world confirmation testing can thank Volkswagen for that.