Pee makes for great fertilizer. But is it safe? 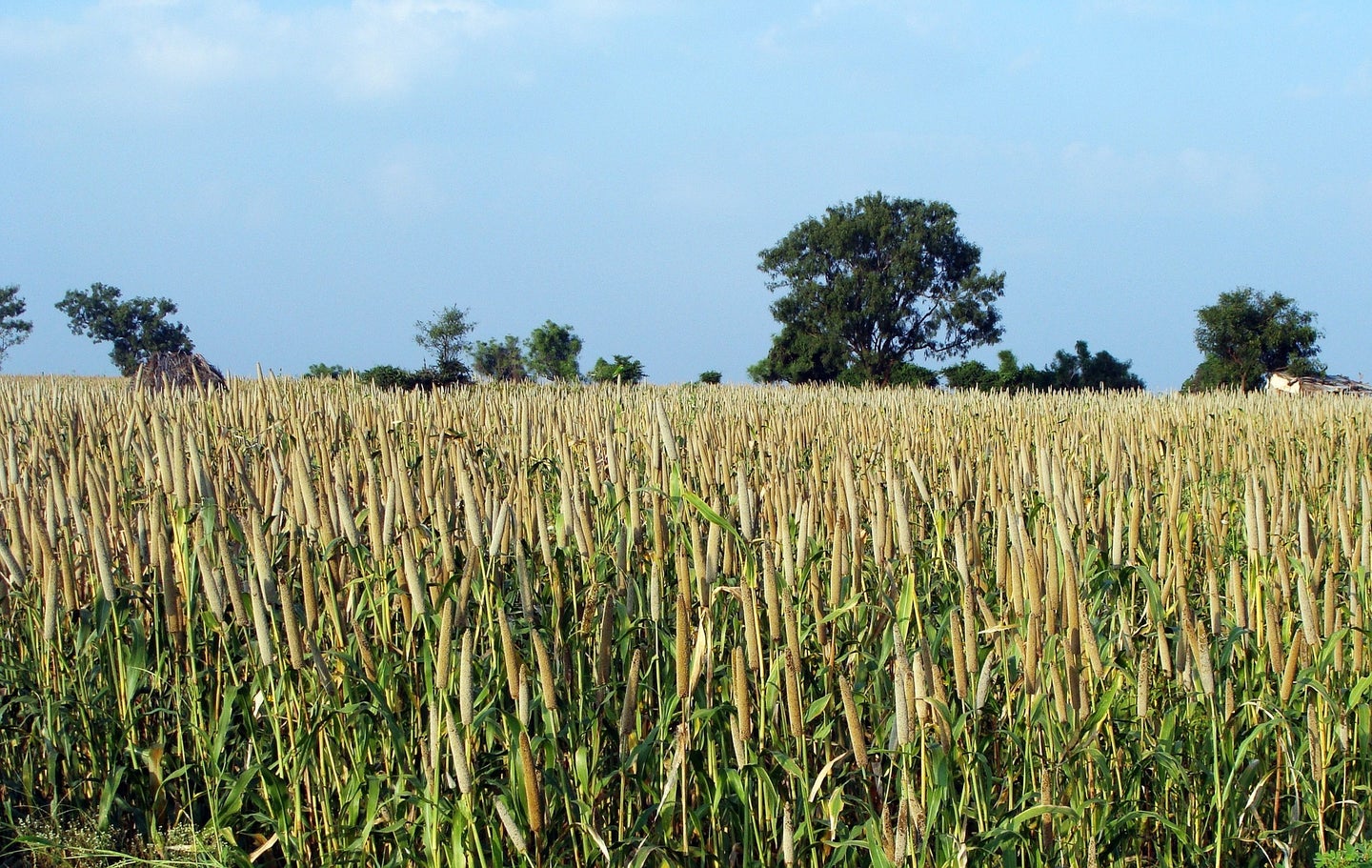 Urine as fertilizer boosted pearl millet production by thirty percent, according to a new study. Bishnu Sarangi from Pixabay
SHARE

The world is in a fertilizer shortage. The dilemma is linked to the war in Ukraine, which affects the export of ingredients like potash and phosphate. The fertilizer price has increased by around 30 percent since the year began, heightening the cost of food. Rising fertilizer costs are also threatening to cause food shortages in developing countries.

Farmers need to fertilize crops to keep food supplies at adequate levels. New research shows our own waste could be an efficient tool for accomplishing this—specifically human urine.

Researchers from the National Institute of Agricultural Research of Niger recently published research on using urine as a fertilizer for pearl millet crops, a grain commonly grown in the region. Urine contains phosphorus, potassium, and nitrogen, which are widely used for growing crops. The scientists treated the urine and tried using it as fertilizer over three years and found it increased yields by roughly 30 percent.

The scientists treated the urine by simply storing it at just above 70 degrees Fahrenheit for two to three months. The pH of the urine increases over time as urea, a nitrogenous compound, hydrolyzes to ammonia, which sanitizes the urine. It can then be used as a fertilizer.

The thought of pee on plants may conjure up images of dead grass where dogs have relieved themselves, but that’s because of the salt content in the urine hitting the living parts of a plant. Treavor Boyer, an associate professor of sustainable engineering at Arizona State University who was not involved in the previously mentioned study, tells Popular Science. It’s about how you use the urine.

“Salt on leaves and stems does burn the plant. That’s the biggest challenge. The urine has salts in it,” Boyer says. “If you’re applying liquid urine with the salts in it, you want to not necessarily spray it on the plants but apply it to the ground so it gets to the roots. If there’s enough irrigation in place, that will wash away the salts because they’re pretty mobile in the soil. They don’t stick around. And then the nutrients stick around in the soil.”

[Related: Diverse microbes are key to healthy soil. Climate change is threatening that.]

Nancy Love, a professor of civil and environmental engineering at the University of Michigan who was also not involved in the study, tells Popular Science that using urine as a fertilizer appears to be relatively safe when adequately treated. She says any viruses and bacteria in the urine, like E. coli, that might be worrisome aren’t a problem for humans following the treatment process. In her lab, they actually pasteurize the urine using heat to treat the urine instead of simply storing it.

One problem, Love says, is the “ick factor.” People don’t like the idea of eating food that was grown using a urine-based fertilizer. People may not understand that it’s being treated and isn’t going to make them sick. Love says it’s simply a messaging problem, but urine can also be used to fertilize crops that aren’t going to become food for humans as well.

“It could be used for fertilizing food for animals that then become food or in other places where you’re fertilizing non-food crops,” Love says.

Historically, urine has been used as a fertilizer for thousands of years in parts of Africa and Asia. Today, urine-as-fertilizer is seeing a bit of a resurgence. Pilot projects are popping up across the US, Europe, and Africa. Many are interested in replacing chemical fertilizers because the production of synthetic nitrogen found in these fertilizers contributes to greenhouse gas emissions, which is not an issue with urine.

These projects are small, but Boyer says we could increase the scale if we had more waterless urinals that can capture and divert urine without dilution.

“In the US, we have waterless urinals, but they’re really only used for water conservation. They’re not really used as part of a urine collection system,” Boyer says. “We need to have plumbing fixtures in place that can allow us to collect urine separately from the rest of the wastewater. That urine would have to be stored in a building, likely, and then used on site in a small manner or there needs to be a logistic system in place to gather that urine and use it in a beneficial way that starts to become economical.”

Love says it’s not likely that urine-based fertilizer will take the world by storm any time soon, and it’s also not likely we’ll start replacing every urinal with one that could help accomplish these goals. Still, pee-collecting urinals could become more commonplace in new and remodeled buildings.

“What we don’t want to do is rebuild our infrastructure with 1950s, 60s, or 70s technological thinking about water systems,” Love says. “What we want to do is advance technology and advance government policy.”