Why is it so expensive to eat sustainably? 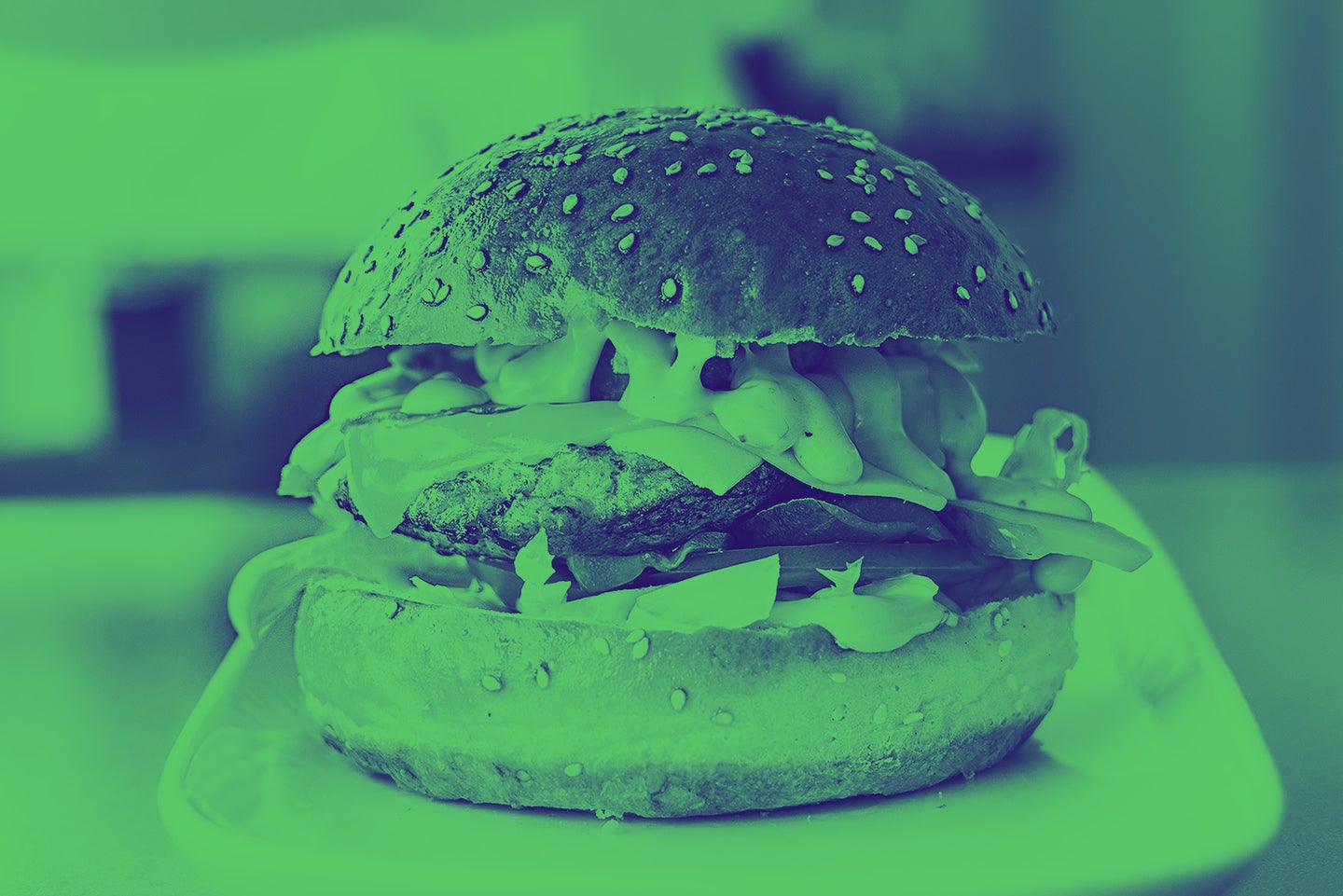 America’s love for hamburgers has a pretty hefty cost on the environment. But to get a hamburger in your hands, you probably won’t have to look far, and it’ll only put you out a few dollars.

Conventional agriculture has set itself up to be a massively efficient system for getting food in the bellies of Americans—particularly when it comes to processed food, grains, and meat. Processed food makes up more than half of Americans’ calories each year, including butter, cheese, and canned beans. Meanwhile, billions of government dollars are put into subsidizing dairy and meat farming and the soy, rice, wheat, and corn crops that often end up in processed foods.

All of that comes at a massive societal cost. Food production contributes about a third of total global carbon emissions, mainly via converting forests and wetlands to farms and ranges. Chemical-heavy monocrop farming, which the US exported across the world during the green revolution, has undermined global insect populations and destroyed marine ecosystems.

There’s no one definition of sustainable food. Instead, there are a range of alternatives that would improve on industrial farming in different ways: cut down on the footprint of beef, reduce pesticide inputs, keep money in farming communities, and make fresh food cheaper and more available. But when it comes to those alternatives, the financial story is very different because of deep seated infrastructure and socioeconomic factors.

But smaller farms and food sellers still exist, many of them directly challenging the logic of the existing food system with organic, local, or regenerative practices. The big question now—why is it so hard to make a sustainable food system affordable for everyone?

Beef is intensive to produce. Here’s how it’s gotten so affordable.

At the center of the fast-food menu is beef. And the ubiquity of the protein is a marvel—cows are hungry, thirsty, expensive animals to raise. Although cattle and land conversion emissions are substantial, the meat remains affordable to consumers because of centralization in meatpacking and a feedlot system that uses subsidized crops to quickly raise animals.

Even though cows emit methane no matter what, they can be part of an agricultural system that enhances soil fertility and biodiversity. Sustainable meat growers and conventional cattle ranches generally start the same way: with a small herd of steer-eating grass. In 2017, the USDA estimated that the average herd of cattle in the US was around 45, while only 10 percent of ranches have more than 100 animals.

Proponents argue that rotational grazing better approximates the ecological role of wild grazers, like bison, which would constantly move to avoid predators while cutting down costs for feed and medicine. Also, chickens, goats, and pigs are in the mix, eating shrubs, bugs, and parasites. One 2020 study in Frontiers in Sustainable Food Systems of cattle, sheep, goats, and poultry found that its carbon footprint was 66 percent lower than that of a conventional meat producer. That finding is specific to intensively managed herds—studies of “continuously grazed” grass-finished beef have found mixed results.

But a key difference between Local Cooling and a more conventional beef farm is how the cattle end their lives. While most American cows live on relatively small farms, they spend three to six months at feedlots, where they’re “finished” on corn. Price floors for corn, which the government has supported with more than $100 billion since 1995, encourage farmers to produce more and more grain, keeping its prices low, which trickles down into beef.

Intensively-managed meat doesn’t require many inputs, but the tradeoff comes in terms of time and space. “Grass-finished beef is just gonna have to eat grass for a lot longer to put on the same amount of weight and fat,” says Estrade. The animals are generally slaughtered between ages two and three, while feedlot-finished steers can end life at a year or two. The Frontiers paper also found that the intensively managed farm required more space per animal. That makes sense—industrial farms keep pigs and chickens jowl to jowl.

The extra land and time are substantial contributors to the cost of meat. But in many ways, the price of food doesn’t matter if you can’t access it.

Getting sustainable and healthy food to local populations is a challenge on its own.

Fast food isn’t necessarily the most budget-friendly option. Sarah Elton, director of the Food Health Ecosystems Lab at Ryerson University, says that “if you’re going to cook from scratch, you could purchase ingredients involving some fruits and vegetables for probably the same price [as a combo meal].”

“I think that’s really the crux of the issue,” she says. “Why is it so easy to buy fast food, expensive or inexpensive?”

Cooking at home requires a fully equipped kitchen, the confidence to cook, and time. Someone working two jobs and commuting by public transit might not have the time to cook at home, or pick up fresh food from a grocery store if there’s even one nearby.

Once termed a “food desert,” this scenario is a place without any fresh food within a half-mile, and it affects at least six percent of America’s population. The concept fails to capture how people eat without grocery stores, relying on pre-made meals at local fast-food restaurants or corner stores. Nevertheless, communities awash in fast food—half of all US counties, by one measure—are a product of car-dependent infrastructure, disinvestment in urban neighborhoods, and federal policy that encouraged the development of fast-food franchises.

But smaller corner stores can also be hubs for fresh foods. Over the last 20 years, a program with the Food Trust, a Philadelphia-based nonprofit, has worked with corner stores to stock more fresh food and make money. The initiative began in low-income zip codes in Philadelphia but has since expanded to the West Coast and Camden, New Jersey. In Camden, the Trust helped store owners form an association to jointly buy from distributors or even hire lawyers for training on Supplemental Nutrition Assistance Program (SNAP) eligibility—which requires a store to stock certain staple or fresh foods.

Kelvin Marciano Garcia Diaz, the owner of Medina Supermarket in Camden, is a member of the Associación de Empresarios Unidos. He says that speaking to PopSci with a translator this year is “like a roller coaster. Prices are going up and up and up, and they don’t see when they’re going to come down.”

Currently, Garcia shops at retailers like Costco because he doesn’t buy in significant enough quantities to access wholesale rates. When the price for a crate of eggs went up to $20 in the past week, he hasn’t necessarily been able to raise prices to match while keeping customers. “If [the association] buys in bulk, they can lower the price of not only the shelf-stable items like canned beans, but also lettuce, plantains,” and staples like eggs and milk.

But that points to one of the key factors keeping the price of conventional food down: Big retailers like Walmart and Costco buy in such enormous quantities that they have power over prices that neighborhood stores don’t.

The missing piece—connecting farms to people

A farm that can count on large sales can keep costs lower, as can a restaurant chain that never has to worry about meat running out during a drought.

Many sustainable alternatives are smaller-scale, which comes with advantages and disadvantages. Estrade says that many farmers who intensively manage beef also tend to butcher and sell directly to their consumers, giving them more control over prices. (Intensively rotated cows are consistently more profitable for farms.) But industrial outlets, which centralize butchering and distribution, get a price advantage just by sheer scale. Six meatpacking companies own two-thirds of American slaughterhouse capacity, and a large packing plant can process thousands of cows a day. Butchering costs totalled somewhere upwards of $2 a pound of saleable pork for Estrade recently.

Farms of all kinds have turned to cooperative distribution arrangements to balance scale and autonomy. A distributor, which manages buying crops, storing them, and transporting them to retailers, can let many small farms act more like a big operation in business terms, coordinating marketing and sales, centralizing storage and deliveries, and even helping with long-term crop planning. Still, in agricultural terms, farms can focus on the details.

[Related: How to eat sustainably without sacrificing your favorite foods.]

For example, a few years ago, Sun Produce Co-Operative, a vegetable distributor in the Phoenix area, supplied five local school districts with food as a pilot program. “On their own, a farm couldn’t have produced enough carrots to feed 25,000 children for a few months,” says Cindy Gentry, the co-op’s president. “But working together we were able to plant and harvest enough. It’s the same for anybody that is going to require volume”—like a supermarket or cafeteria.

Stiil, most of Sun Produce’s customers come through more traditional local food channels, like farm share boxes. More opportunities have appeared, like a $4.2 million two-year federal program to get local food into even more Arizona schools. But these require intense planning. “It is terrifying to imagine the production planning needed, the infrastructure, delivery, warehouse, keeping things cold,” Gentry adds. “What will happen if the farms all gear up for it, and then the money goes away?”

The federal government has been central to the growth of industrial food. It has the power to do the same for other types of farming. During the pandemic, the USDA purchased billions in produce for hunger relief, and provided small loans and grants to independent meat processors. Then, the country might see a less destructive, more equitable food system where food costs reflect its environmental cost.

Disclosure: the author is a customer of Kate Estrade from Local Cooling.