Single-cell suspension may be the missing ingredient in lab-grown beef. 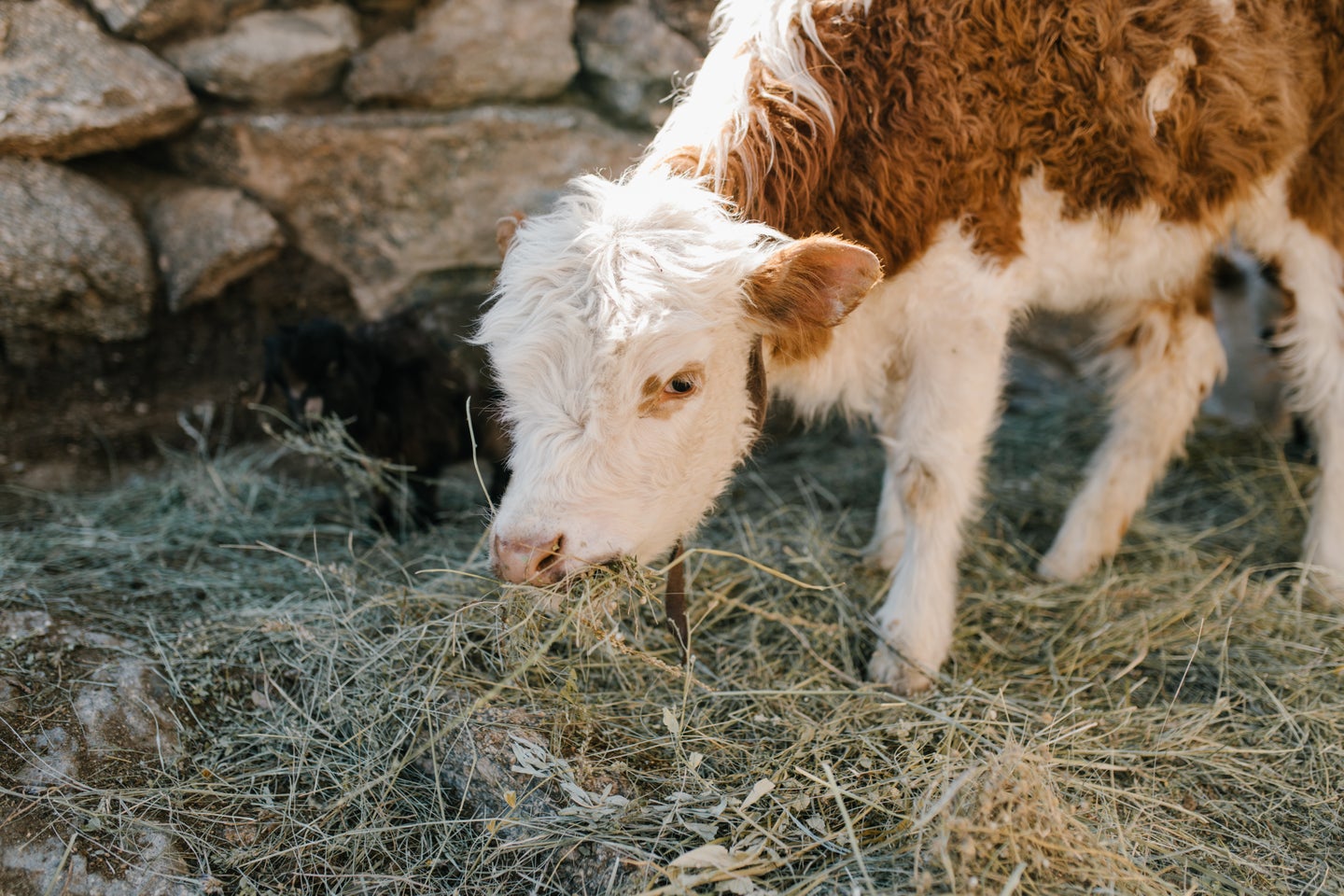 Beef without slaughter is a dream for many—but making it happen is complicated. Julia Volk on Pexels
SHARE

The journey to completely slaughter-free meat products has been a long one. There’s mounting evidence that producing animal products is a huge bane on the planet. For those carnivores who love to bite into a beef burger or a tasty chicken nugget but can’t bear to contribute to the often controversial ways that meat is produced, there are plenty of alternatives options. Substitutes like tofu patties don’t always seem to perfectly scratch that itch for meat-lovers.

One solution that many scientists and the food industry have studied is developing lab-grown meat—that’s where actual animal cells are taken from an animal and are grown independently in a lab setting. So, real chicken cells would be in those nuggets, but no actual chicken has to die in order to get your savory snack. And these lab-grown foods have already been made—California start-up Eat Just’s no-kill chicken meat was approved for sale in Singapore in 2020, and Hong Kong-based Avant Meats developed lab-grown edible fish maw.

But, the holy grail of lab-curated meats scientists are reaching/aiming for is beef. Beef is infamous for its carbon footprint, as well as its difficulty to be recreated as cultured cells. In 2013, a Dutch scientist pioneered the first lab-grown beef burger, but the catch is the animal-saving meal sold for around $330,000. Unlike birds and fish, it just so happens that mammalian cells are significantly trickier and more expensive to handle.

“This is a challenge because, as you know, mammalian cell culture is super expensive,” says Kasia Gora, synthetic biologist and co-founder of cell-cultured meat company SCiFi Foods. Currently, biopharma companies are the primarily large-scale lab developers of mammalian cells, explains Gora. This cell line research has been important in early stage pharmaceutical development, but the processes are expensive. “It works and it’s fantastic if you can charge $1,000,000 a gram for your product,” Gora says. “But food has to be cheap.”

[Related: How to enjoy fake meat in a way that actually helps the planet.]

However, Gora and the team behind SCiFi Foods, previously called Artemys Foods, have made a breakthrough—cow cells that can reduce the cost of cell-cultured beef by 1000 times. The trick, according to Gora, is a combination of single-cell suspension and CRISPR gene editing.

Typically when growing cultured cells, they need to stick on to something to start growing. “Most animal cells prefer to grow attached to a solid surface, which mimics the conditions they would find themselves in within an animal body,” says Liz Specht, vice president of science and technology at the Good Food Institute, a nonprofit focused on alternative protein acceleration. “But when growing cells at large scale, being limited to surface-adherent cells presents a challenge because you need a lot of surface area, think of how thinly cells grow on the surface of a cell culture dish, to make a lot of meat.”

To combat this, typically companies will use tiny beads for the cells to glom on to, but as the cell masses accumulate this can become bulky and bump or damage other growing cell beads, Specht adds. Her team has found that a more effective approach is growing in single-cell suspension, or when cells just grow floating around on their own like yeast in a brewery vessel. Without the beads or any surface at all, costs go down and efficiency goes up.

Gora and her team have made impressive strides with a single-cell suspension approach that’s resulted in beef that’s not too far from the real thing. Using CRISPR Cas9, the scientists can reduce functions of certain genes or replace them with other wildtype genes to convince them that they are “happy growing in single cell suspension,” says Gora. The team can then pop these cells into bioreactors, which are vessels made for growing organisms under controlled conditions, making scaling up is pretty straightforward, she adds.

There is a big difference between SCiFi’s product and the super-expensive Dutch lab burger, though—these cells are going to be used as an ingredient in mostly plant-based burgers instead of making up the whole thing. So instead of building up the scaffolding of a fully lab-beef burger from scratch, Gora says using the structure of a veggie burger will bring the best of both worlds.

“Fundamentally, the strategy solves the cost problem with cultivated meat, and it has the benefit of solving the taste problem of plant-based meat,” she says. The company forecasts that a pilot run of their burgers should be priced around $10 per burger. But it will still likely be a handful of years before the average grocery shopper can try one, especially since the FDA has yet to approve a product like this to sell for consumption.

As with most developments in alternatives to meats, there are legitimate concerns with the future of cultured cell meat. The Counter published an in-depth report on some of the major questions that still stand with these kinds of products—such as the likelihood that these projects could be reliably scaled up, the problem with potentially harmful viruses infecting living cells in a culture, or the feasibility of producing certain cells without collecting fetal bovine serum from slaughtered cows. Some scientists argue that there could be more climate change impacts from lab-cultured meat than traditional methods.

Scientists have also expressed concern that cultured meat doesn’t necessarily change or shift our thinking on the current unsustainable food system in place today. “But if cellular agriculture is going to improve on the system it is displacing, then the critics are right: it needs to grow in a way that doesn’t externalize the real costs of production on to workers, consumers, and the environment,” write researchers at Duke University and Johns Hopkins University, in an article for the Guardian.

While many components of the research and production process still need to be refined, the era of lab-grown or cell-cultured meat is fast approaching.