Marble is luxurious—but is it sustainable?

Think twice before shipping Italian stone to your American home. 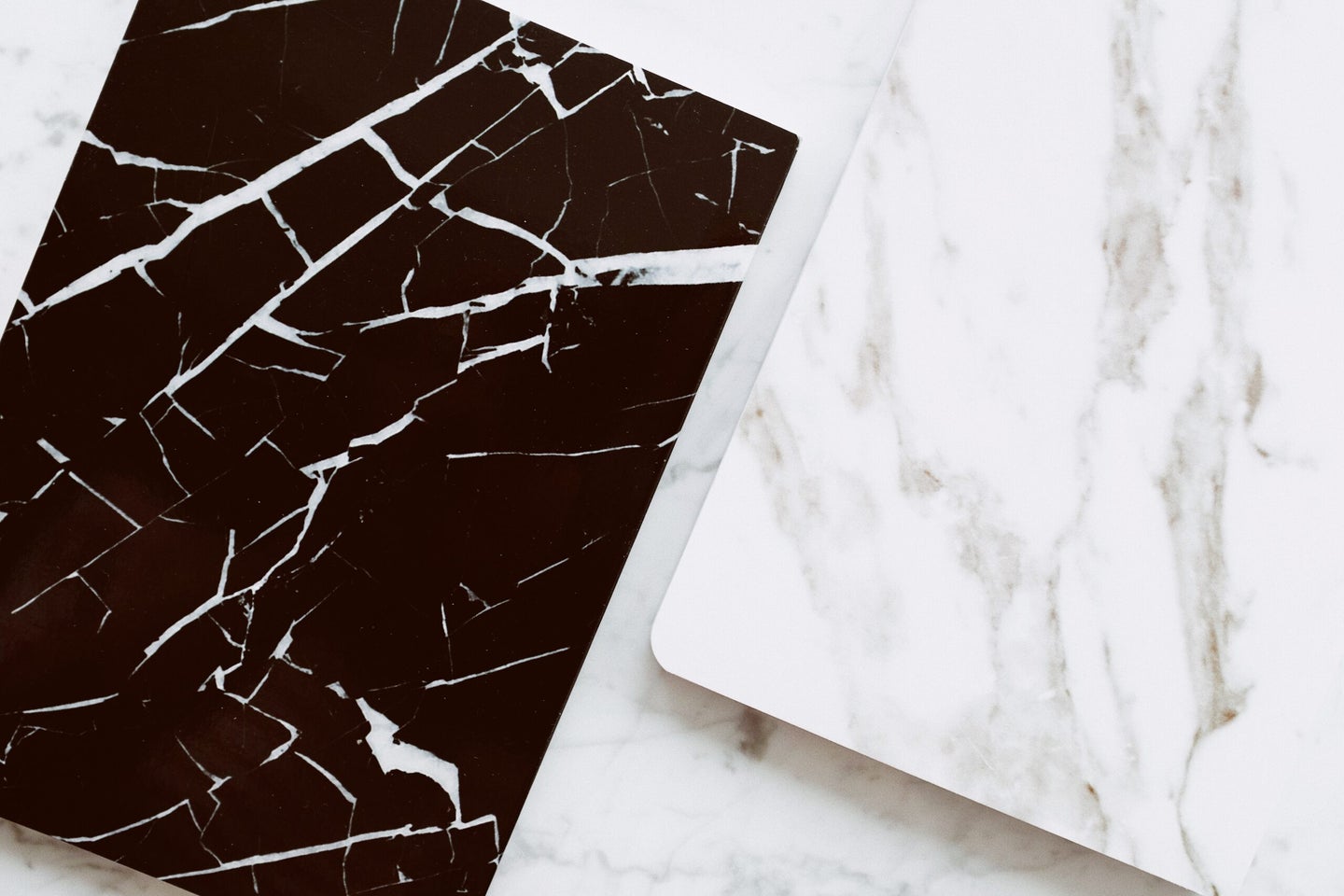 Marble can last for a long time and is recyclable in several ways. ready made from Pexels
SHARE

The Parthenon, an iconic symbol of Ancient Greece in one of the oldest cities in the world, was constructed with white Pentelic marble to show off the wealth, culture, and power of the empire. Today, marble remains widely sought-after for its timeless appeal, despite being one of the oldest materials used in construction. The distinctive look of marble is a trademark of luxury and style that instantly transforms an interior, but does the glimmering stone belong in an eco-friendly home?

Natural stones are typically considered a green and sustainable building material because of their optimal durability and adaptability. Although marble is usually more expensive than granite or limestone, the elegance of its unique veiny pattern in addition to its longevity makes it a popular choice for homeowners. However, there’s so much that goes on before marble can be used for highly coveted countertops.

Excavating marble can be ecologically harmful and energy intensive

Marble is mined at quarries across Italy, Greece, and the United States, among others. Its extraction differs depending on how it will be used, says Stephen Marshak, professor emeritus of geology at the University of Illinois, Urbana-Champaign.

For instance, marble can be fragmented by explosives if it is used as a construction aggregate or powder for various products. If the intention is to use marble as dimension stone, like blocks used by sculptors, it has to be cut from the ground using water-cooled saws or extremely high-powered jets of water. The large blocks of marble are then finished to specific sizes or shapes for various uses.

Of course, the process of extracting a natural stone takes a toll on the environment. Perhaps the most obvious impact is the visible change in the landscape. “Digging a quarry generally means that vegetation must be removed from an area, and the original land surface will ultimately vanish, to be replaced by a large hole in the ground,” Marshak says.

Quarrying can also displace or destroy animal or plant habitats, says Scott D. Elrick, the head of the Coal, Bedrock, and Industrial Minerals Section at the Illinois State Geological Survey. Even if habitats are not completely removed, the general environmental disturbance caused by quarrying, such as noise pollution, changes to ground or surface water, and ground vibrations, can still affect biodiversity by affecting the reproduction of species and causing habitats to dry out or become flooded.

Much like any process for obtaining materials from the Earth, the extraction of marble and the production of marble products—including quarrying, cutting, polishing, and warehousing—takes energy, Marshak says. In particular, Sicilian marble takes up more energy than Carrara marble because the latter allows for extracting more undamaged blocks, thereby using less energy to produce the same amount of marble.

Additionally, the mining process generates marble dust, which can deteriorate soil quality, cause air pollution that affects the physiology of plants, and contaminate water sources, making them unsuitable for drinking or agricultural purposes. The use of explosives produces large amounts of solid waste as well. In Igbeti, Nigeria, sometimes dubbed as the “Marble City,” dust particulate from marble mining has been found to contaminate the soil, resulting in potential imbalance of the soil nutrients, deteriorating its quality and affecting the crop yield of local farmers.

Some of the environmental disturbances caused by quarrying are easy to observe and predict, but they can only be mitigated by employing responsible operational practices like proper segregation and disposal of waste, as well as various noise-reduction measures.

“The environmental damage caused by excavating a quarry and accumulating tailings piles is difficult, but not impossible to remediate,” Marshak says. “In some cases, a scar left by quarrying can be reforested, or turned into a lake. Such transformations can be difficult, though, if there isn’t a supply of topsoil to cover the bare rock.”

If you’re in love with marble, consider your location and using second-hand materials

Moving marble from quarry to construction site, perhaps unsurprisingly, has a substantial carbon footprint. Marble is fairly abundant on a global basis, but it isn’t found everywhere, so it has to be shipped from its source to wherever it will be used. For example, marble that was quarried from Italy has likely driven around in trucks, trains, and ships before it appears as a countertop in a bathroom in the United States, Marshak says.

“For every 25 miles you need to transport a truckload of aggregates, the price of transport doubles,” Elrick says. “So a quarry 100 miles away from a construction site versus 10 miles away makes for a significant price difference, that price reflecting the energy it takes to transport.”

The amount of fuel necessary to transport tons of marble worldwide is massive, and reducing fuel consumption may be difficult to achieve. “Marble could be considered environmentally friendly in some respects [such as] durability, but what if you were transporting it from Italy to Kansas?,” Elrick says.

Compared to other materials, marble has a great deal of permanence as a highly durable stone. Those who plan on using marble for a long time may benefit from including it in their eco-friendly home, so long as they are able to commit to its upkeep to maximize the longevity. Marble looks pristine even after several years, and its life cycle can be extended because it is largely recyclable.

[Related: There’s a new gold rush in the American West. But is it safe?]

When huge blocks of marble are retired, they are commonly used to create smaller pieces. A marble countertop can eventually become small accent tables, open shelves, or decorative home pieces. Even further down the line, those items may be reworked even further into home accessory trays or jewelry cases. Later on, marble can still be crushed and ground to be used as aggregate in asphalt or concrete production.

On the human time scale, people likely do not have to worry about its scarcity. The rate of mining marble is controlled by its demand, extraction costs, mining locations, and market value, Elrick says. This means that as the easy and cheap to extract marble resources are consumed, it will eventually become more difficult to mine. Extraction costs will go up, subsequently increasing the price of marble, which will cause demand to decrease.

“Physically speaking, there is way more marble in existence on this planet than will ever, or could ever, be extracted, because the costs and economics of extraction increase beyond viability,” he adds. “In other words, ‘running out’ is an economic concept.”

At the end of the day, the sustainability of marble as a material isn’t a clear black and white matter—it’s much more complex than that. What can (and should) be done at present is to minimize the harmful environmental impacts of mining as much as possible. The owners of marble quarry operations have a responsibility to mitigate the environmental and health threats caused by their mining process.

If you’re considering getting marble flooring or countertops for your home, consider sourcing from local quarries instead of buying overseas. And if you want just a hint of that marbleized luxury, opt for second hand slabs from stone recyclers to repurpose into other products and accessories.