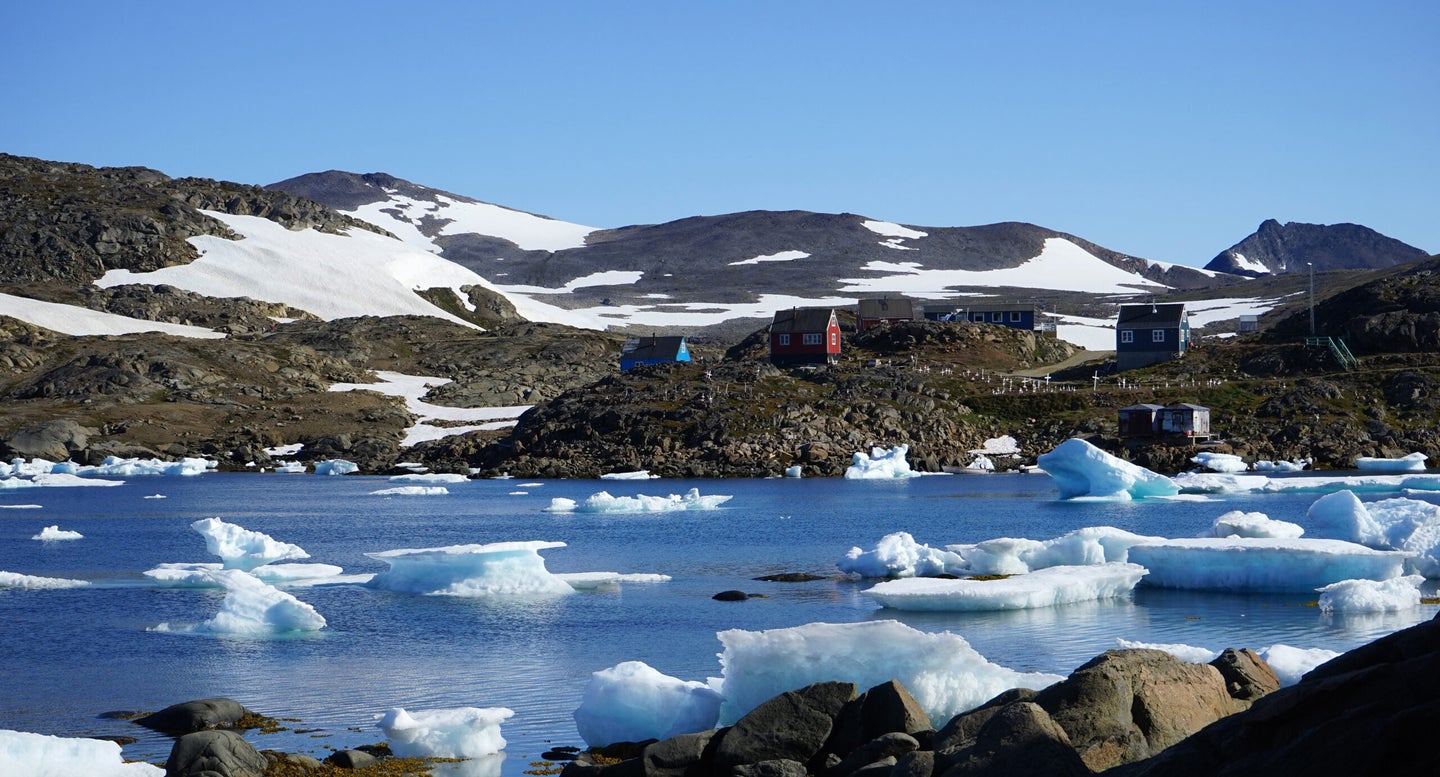 Greenland's changing coastlines could be big for business. GoodFreePhotos
SHARE

Our world doesn’t seem short on sand. It covers our beaches, lines our rivers, and makes up a good portion of soils. Silica, the primary component of sand, is the second most abundant element on Earth.

But global demand for sand is high, and supplies—in the form of pits and offshore dredging sites—are limited, leading to conflicts and even violence in some areas. “People are being killed over sand in India,” says Mette Bendixen, a physical geographer at the Institute of Arctic and Alpine Research of the University of Colorado, Boulder. “This is really something that gives me the goosebumps—it’s a huge, huge conflict mineral in some areas, and the world doesn’t really know.” In India, for example, so-called “sand mafias” have killed people who posed a threat to their illegal mining.

Bendixen’s found a perhaps surprising source of sand—growing deposits off the coast of Greenland, accelerated by the country’s melting ice sheet. In a perspective article published in Nature Sustainability yesterday, Bendixen and her fellow authors explain that dredging up and exporting this sand could be big boost for Greenland’s economy. “Generally in the Arctic people are experiencing a lot of problems related to climate change,” she says. “We show a rare example of how the Greenlandic population can actually benefit from it.”

Along most Arctic shorelines, sand and gravel are eroding away into the ocean. As permafrost sea cliffs thaw, they become unstable and waves eat away at their sediments. In her previous research, however, Bendixen found that Greenland’s coast was actually growing larger. As temperatures warm and the country’s land ice melts, more water flows into rivers, making the current more powerful. These rivers scrape away and carry more sediment, which eventually settles along the island nation’s coast in deltas.

All this extra sand could be an opportunity for Greenland, Bendixen found. Right now, fishing is keeping the economy afloat—fish and shellfish sales make up about 90 percent of the country’s revenue. Arctic tourism is also a growing industry. The problem is, these economic sources themselves will probably not be enough to meet the welfare needs of the country’s aging population.

“Greenland has a lot of sand, and the world is lacking sand,” says Bendixen. “Our environment is build on sand—in asphalt, concrete, everything that makes up our modern cities.” As the global population grows, sand needs will continue to surge. And it’s a nonrenewable resource—each new building and road constructed uses fresh sand, usually mined from inland pits.

In 2015, Greenland gross domestic product was $2.22 billion. If tapped, the country’s sandbeds could bring the same amount of money by 2050, according to data included in the article.

Of course, sand mining off Greenland’s coast doesn’t come without environmental damage. In the process, sand is literally sucked off the bottom of the ocean and conveyed onto barges. Aside from the energy and fuel needed, dredging also directly disturbs the aquatic environment, potentially harming marine life and increasing the cloudiness of waters, which blocks light used by seagrasses. Dredging equipment has also accidentally introduced invasive species.

Bendixen doesn’t deny these impacts, and emphasizes that more studies need to done to evaluate them. “That would be something that an environmental impact assessment must address,” says Bendixen. “One of the big things [that must be considered] is how the the ecosystem and the environment are affected by this dredging.”

She acknowledges that the report is controversial, and is expecting to find people who disagree with the sand mining proposal. However, she sees herself as having discovered an option, rather than recommending a definite course of action. “We’re actually just natural scientists who discovered this,” she says. “We want to discuss it with the Greenlandic policymakers, just to let them know that this is an option.” It might also be an option for the rest of the world: another path to essential silica, theoretically without the violence.