Why the tech billionaires can’t save themselves 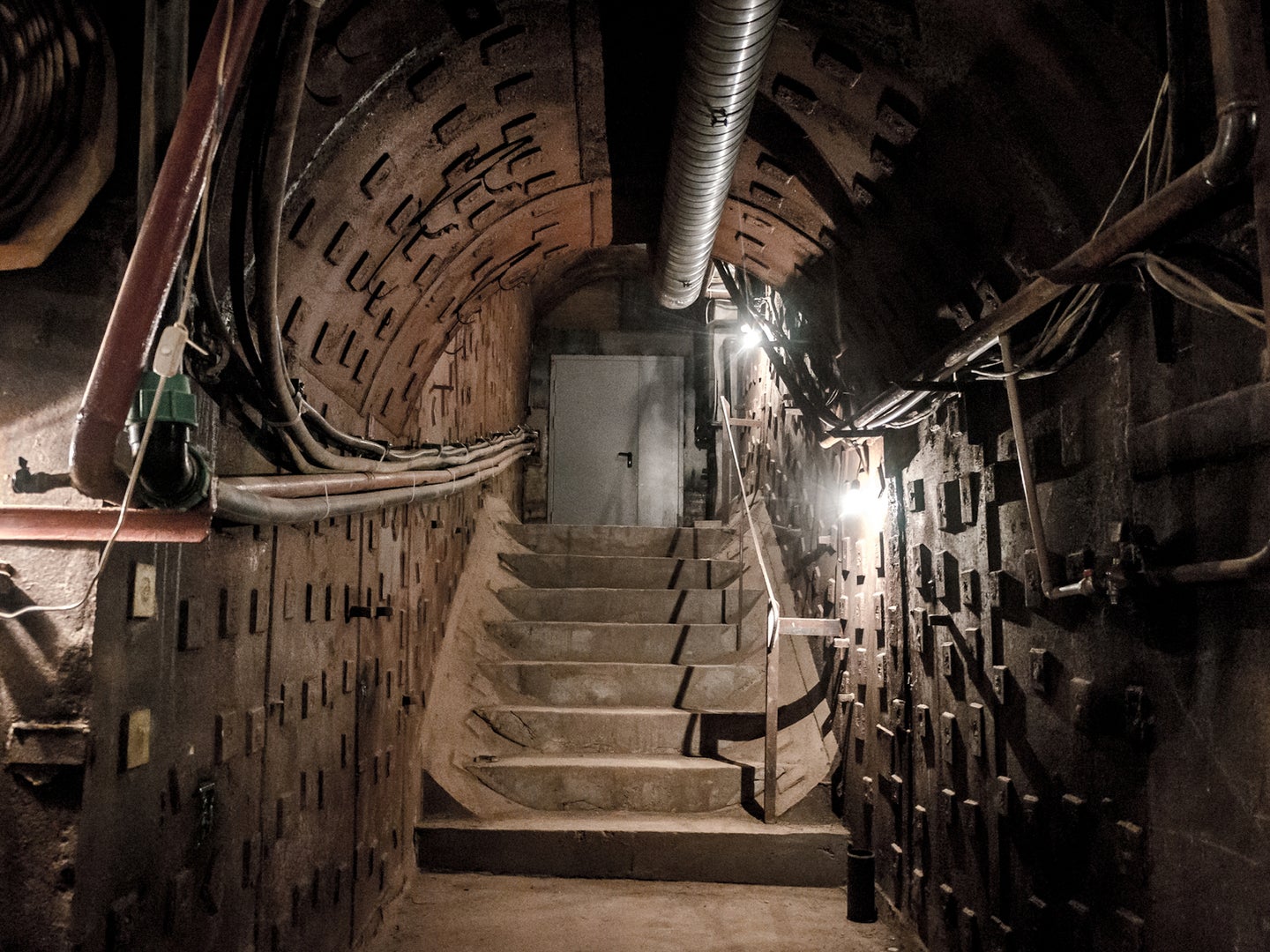 If a global apocalypse truly befalls us, will the super rich be able to ride it out, thanks to their money and tech? That might not be something that most of us wonder about on a daily basis, but it’s a topic that Douglas Rushkoff has reflected on extensively.

For the uninitiated, it’s hard to overstate how influential Douglas Rushkoff is when it comes to digital culture’s bleeding edge. Rising to prominence as a cyberpunk pioneer theorist who helped popularize the early 90’s rave scene, Rushkoff has palled around with the likes of Timothy Leary, Grant Morrison, and William Gibson. He accurately predicted both the dotcom and housing market collapses, as well as the coined phrases “social currency,” “digital native,” and “viral media.” He collaborated with the late Genesis P-Orridge within the legendary experimental music supergroup, Psychic TV, and authored a small library’s worth of novels, tech treatises, comic books, digital manifestos, documentaries, and religious explorations. MIT once ranked him one of the “21 Most Influential Thinkers” alive, and he currently serves as a Professor of Media Theory and Digital Economics at CUNY Queens.

So when Rushkoff says billionaire tech bros’ plans to make it through the potentially impending End Times are all ludicrous, you probably want to take note.

Rushkoff shakes his head and smiles over video chat while recalling the scenarios floated to him back in 2017, when five billionaires flew him to a posh desert retreat for what he believed to be a guest speaking engagement. “Money talks, and so do I, [especially] if it helps fund my crazy-ass, Marxist, anarcho-syndicalist, psychedelic-inspired writing,” he says.

Rushkoff’s resumé often gets him labeled a futurist, something he denies. “Anybody who writes about technology is very often mistaken for being a futurist. [People] think it’s the same thing,” he says. “I’m a ‘presentist.’ I look at conditions on the ground and how things are, and I get called in very often by tech people—or, more often than not, tech investors—who want to know what’s coming.”

Hence, his invitation to the desert. Once there, however, things quickly went downhill.

“Instead of taking me out onto a stage, they brought these five guys into the green room, and sat us around a little table,” he remembers. “They started asking me where to place their bets: Bitcoin or Ethereum? Virtual reality or augmented reality? And then, finally, Alaska or New Zealand?”

Rushkoff realized then why he was truly invited: To help his gracious hosts prepare for the coming Event—that feared civilizational turning point when things get much worse for most of us. Stuff like storm surges, wildfires, another pandemic, societal unrest. Take your pick; we’ll all succumb to it while the worthiest (read: wealthiest) wait it all out in their comfy tech wombs—or so they apparently think.

“Once it’s going down, you step on other people’s heads to get off the sinking boat,” he says.

His newest book, Survival of the Richest: Escape Fantasies of the Tech Billionaires, uses his ill-fated desert jaunt as a springboard to dive into the myriad schemes concocted by the uber-wealthy men set on escaping any collapsing environmental and societal ecosystems of their own making. Be it uploading your consciousness into the Cloud, colonizing Mars, or retreating to your very own private, posh tropical paradise doomsday bunker, the supposed visioneers of tomorrow are racing to realize their futureproof disaster preparedness plans before it’s too late.

“I started out to write a serious, scary book, and then it just became… more of a black comedy when I realized, ‘Oh my God. These guys are laughable,” he says. “I wanted to tell stories about these guys that make them smaller, so that we don’t go down that path,” Rushkoff says.

In fact, luxury escape shelters are such a hot market that there now exists an entire (very lucrative) industry dedicated to catering to wealthy customers’ fears of impending doom. Unfortunately, it all sounds to Rushkoff like a huge, literal money pit.

[Related: These will be the best places to live in America in 2100.]

“They don’t really deserve that much attention,” he says with a shrug when asked if any of the escape plans he’s encountered so far sound particularly interesting or viable. “It was clear to me that they were basing their understanding of the future from science fiction books they must have read when they were in high school.”

He calls their gamble the Insulation Equation: How much money and technology do these guys need to save them from a world they are actively destroying using said money and technology? The (somewhat obvious) problem, Rushkoff argues, is that their solutions are just reiterations of what got society here in the first place: their “disrupt the market” and grow infinitely mindset, resources and humanity be damned.

“So much of technology is used either to push externalities further away from the user, or to hide the externalities,” he says. “If you [realize] ‘Oh, that’s what we’ve been doing,’ then the obvious response is, ‘Let’s look directly at the externalities, rather than continue to hide from them.’”

He cites one particular hideout that included a state-of-the-art underground heated swimming pool, complete with a sun-simulating overhead lighting system in their island retreat. While at his surprise Q&A session in the desert, Rushkoff asked the pool’s billionaire owner how he planned to keep it chlorinated once the global supply chains collapse indefinitely.

“The guy takes out his little Moleskine book, and he’s like, ‘Hmm… supplies,’” Rushkoff remembers.

If you are feeling frustrated at the notion that the wealthiest people in the world are this clueless about their escape fantasies, well that’s sort of Rushkoff’s point here. He explains that one of the main criticisms so far for Survival of the Richest is that he never exactly gets around to telling readers the nitty-gritty details of tech billionaires’ apocalypse survival plans.

“‘I thought we were gonna get to the escape plans of these guys?’” he paraphrases. “And it’s like, ‘No. These are the escape fantasies of these guys… because they all involve separating oneself from everybody and everything else in order to play out.”

This willful separation is as futile as it is misguided. Even if many of our most headline-grabbing tech bros truly think they are out here helping humanity, their myopic viewpoints reduce them to “look at our problems, not as science problems, but as engineering problems,” says Rushkoff.

[Related: The US ban on hydrofluorocarbons is a climate game-changer.]

Instead, we should work to return to utilizing science, not as a means to dominate and “solve” nature, but as a way to coexist with it. Perhaps, even to repair the damage we have done. “Rather than to alienate and isolate people from one another in order to extract time, energy, data and resources from them, we could use technology to make people’s work easier, or even more efficient,” he says.

In the end (so to speak) billions of dollars can only take these guys so far, anyway. “Why do you think they’re gonna protect you after your money is worthless?” Rushkoff remembers asking his billionaire desert hosts of their private security forces. From there, the men began grasping at straws.

“At that point, it was shock collars and guard dogs and combinations to the safes,” he says of their last resorts.