One of the world’s driest places just saw record flooding 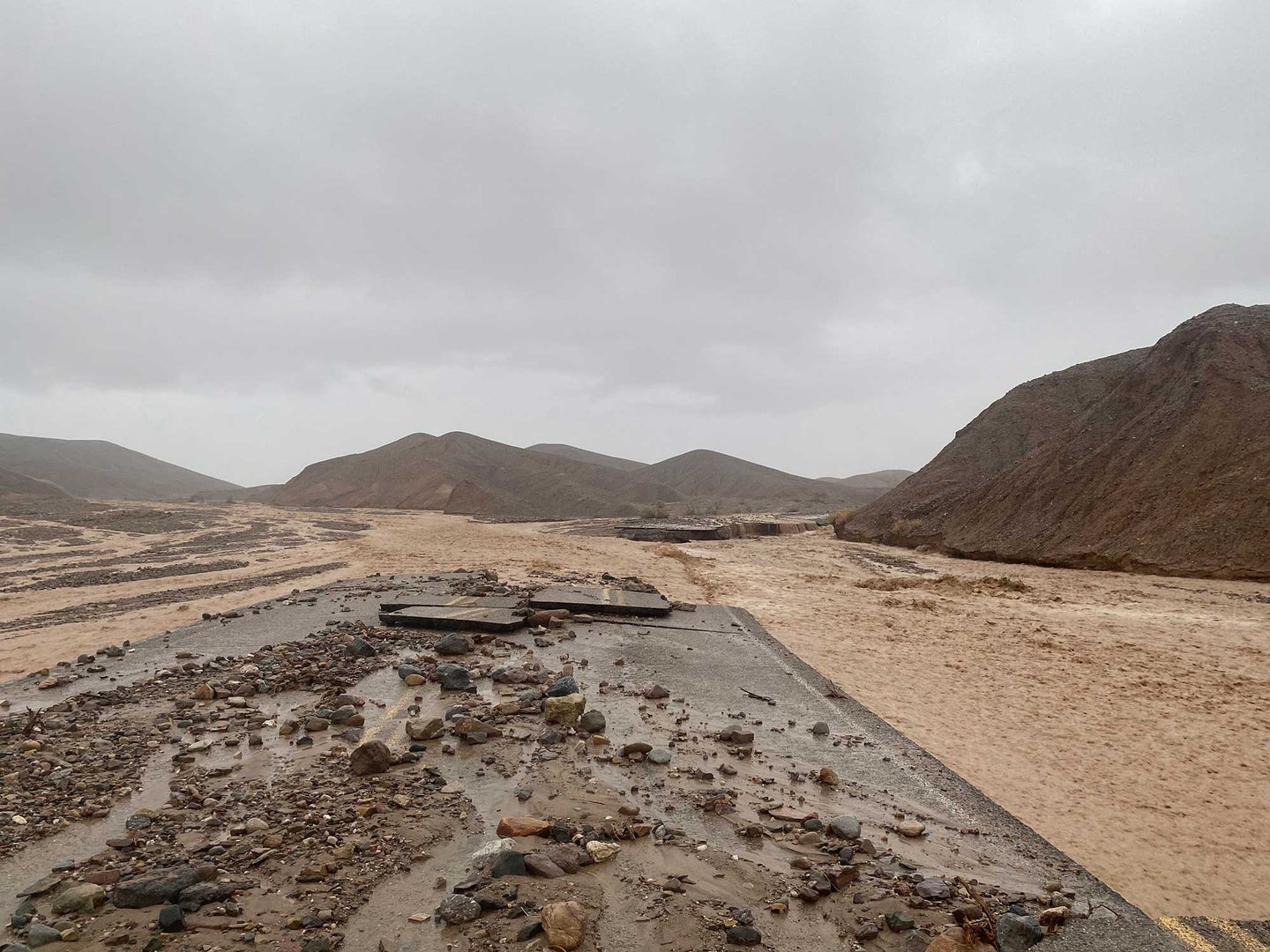 In a season marked by record breaking heat waves around the globe and widespread drought, an unlikely spot experienced one wet and hot summer in a single day.

Death Valley National Park on the California-Nevada border received almost 75% of its annual rainfall last Friday, triggering a wave of flash floods. According to park officials, no injuries have been reported, but the flood waters buried about 60 vehicles in mud and stranded hundreds of visitors and park employees. According to the California Department of Transportation, parts of State Route 190 will remain closed through at least August 17th.

A storm generated by the annual Southwest Monsoon (also known as the North American Monsoon) dumped 1.46 inches of rain in Furnace Creek, an area that typically sees only 1.94 inches of rain per year.  Friday’s storm missed the previous record from 1988 by only one-one hundredth of a point, according to park officials. “The heavy rain that caused the devastating flooding at Death Valley was an extremely rare, 1000-year event,” said Daniel Berc, meteorologist with the National Weather Service Las Vegas in a press release. “A 1000-year event doesn’t mean it happens once per 1000 years, rather that there is a 0.1% chance of occurring in any given year.”

[Related: Yellowstone National Park was never built to take on the rain and snow that comes with climate change]

Typically occurring during the months of June to September, the Southwest Monsoon changes the weather pattern in the bone dry region. The prevailing winds shift directions from out of the west to out of the south, bringing with it a surge of moisture and humidity from Mexico. The moisture can feed massive downpours that the parched and sparse desert soil cannot absorb quickly enough. The rainwater builds in low-lying areas and rapidly fills empty creek beds, which causes flash flooding. The 2022 Southwest monsoon season has been unusually active, with similar events flooding Las Vegas casinos and stranding motorists in Phoenix.

Death Valley is an outlier among outliers and boasts being one of the hottest and driest places in the world. The region allegedly saw the highest temperature ever recorded on Earth (134 degrees Fahrenheit) on July 10, 1913, but there is debate among some climatologists on the legitimacy of that recording. In the summers of 2021 and 2020, Death Valley recorded 130 degrees, which may be the highest pair of reliably measured temperatures anywhere on the planet.

“Death Valley is an incredible place of extremes,” said park superintendent Mike Reynolds. “It is the hottest place in the world, and the driest place in North America. This week’s 1,000 year flood is another example of this extreme environment. With climate change models predicting more frequent and more intense storms, this is a place where you can see climate change in action!”