A violent outburst isn't the only thing gamers have to worry about. Now adult diapers may need to be added to the list 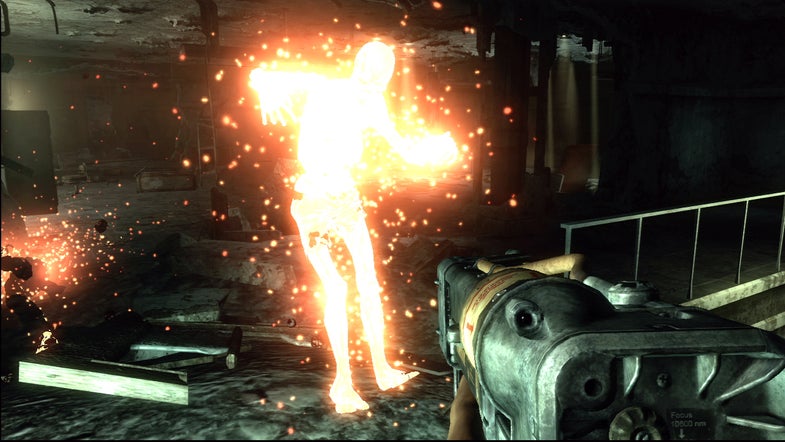 In the joint study by Stockholm University, Uppsala University, and the Karolinska Institutet of Sweden, two groups of boys (ages 12 to 15) were hooked up to heart monitors and split into two groups, one given a violent game and the other a non-violent game. The violent game group experienced increased heart rate variability, which continued after they went to bed and was recorded in their sleep patterns, despite the fact that the boys reported no problems sleeping.

So what is heart rate variability (HRV) and what difference does it make whether or not certain games affect it? HRV is a measure of the normal cardiac fluctuations that occur during respiration. Your heart beats a little faster when you inhale and a little slower when you exhale. HRV is also used to monitor vagal activity (the vagus nerve runs from the brainstem throughout the abdomen, and controls the heart among other things). Excessive activation of the vagal nerve due to stress (for example, shooting a bunch of aliens) can cause a vasovagal syncope (a seizure-esque episode) and, in extreme cases, loss of bladder control. That’s right, too much stimulation from a violent video game can, theoretically, make you pee your pants.

It gets worse. According to F. Baker’s article in the Journal of Psychosomatic Research (“Reduced parasympathetic activity during sleep in the symptomatic phase of severe premenstrual syndrome”), similar HRV activity was noted among women suffering from severe PMS. It all makes sense now — the mood swings, anger, irrationality, the need for unhealthy food — playing violent video games leads to male PMS! Apparently, the HRV disruptions that occur in sleep from playing violent video games can have unpleasant psychological effects, which any woman could have told you.

So don’t complain. Just take some Midol, eat some chocolate, and kill some ninjas.