What’s Next for Nokia? 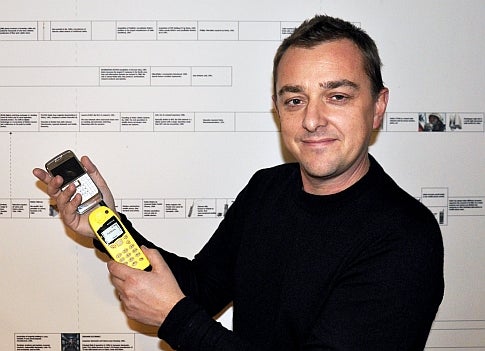 Nokia recently hosted a cocktail party to introduce journalists to its chief designer, Alastair Curtis. The Brit’s formal slide presentation was a carefully crafted marketing piece, hammering in his Finnish employer’s slogans such as “beautiful to use” and “connecting people.” And he provided a bright glimpse into the company’s future plans in response to our questions.

The revelations started when Curtis described Nokia’s record in America. “The U.S. hasn’t been Nokia’s strongest suit,” he conceded. But the company aims to change that, having just completed a fact-finding trip around the States, where Americans were “talking about music, talking about gestures, talking about what they want for the future.”

By “gestures,” Nokia has something in mind beyond spreading or pinching your fingers to zoom in and out of a photo. A patent filed in June 2007 describes a system that uses ultrasound sensors to detect hand movements — not on the screen, but in the air in front of it — such as tracing a clockwise or counterclockwise circle with a finger to go forward or back through pages in a Web browser. Companies file patents for a lot of technologies that they never implement. But Curtis basically told us that this technology is coming, and roughly when.

When asked why Nokia hasn’t brought an iPhone-like multi-touch interface to its geeked-out N-series smartphones, Curtis replied “We’ve not launched what we think is right for N-series in a touch product. You’ll see in the coming months, years… what we feel is right.”

“Right,” it seems, is controlling the phone through hand movements. “Much as I’m talking to you now with gestures,” said Curtis, a fluent hand-talker. How do you translate those gestures into ways of interacting with the phone? “I’m skirting the question,” he confessed, “because products are coming.”

When, Curtis wouldn’t say. But he mentioned earlier in the evening that his team has just finalized the 2010 product line. 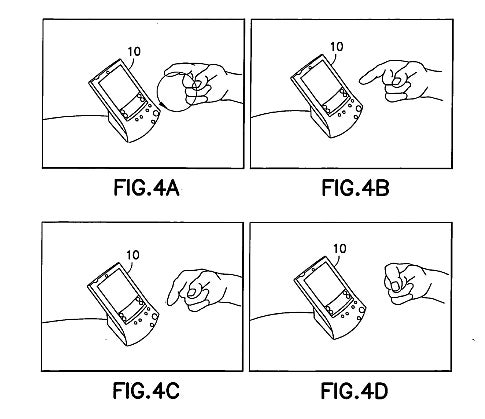 In describing the excitement of designing for fast-changing technologies, Curtis let loose a few more examples of what Nokia may have in store. “When today it’s about Internet, touch[screens], QWERTY [keyboards], tomorrow it’s going to be about TV, the year after that it’s about projectors… it’s fantastic to be able to operate in that space.” TV, of course, is not brand-new. We’ve seen phones equipped with digital tuners not only in Asia but also here on Verizon and AT&T handsets. But we haven’t seen the tech on Nokia phones yet. [Correction! Reader “Slyder” pointed us to this Chinese model that just debuted.]

Projectors, though, are new territory. The first handheld model, from 3M, appeared in October (and earned a Best of What’s New honor), but it merely connects to a phone. No one has yet squeezed a projector into the phone itself. When a fairly conservative handset maker like Nokia starts talking about adding a new technology, it’s a safe bet that other companies are working on it, too.

What about Nokia’s rather nerdy software — which is not always as slick as its hardware?

The software and hardware teams have grown apart in the past decade, said Curtis. But a recent company re-org will bring them closer together; the changes should appear in phones that debut about two years from now. He hopes it will bring Nokia back to the hand-in-hand development that produced, for example, the simplex UI, an interface controlled from a single button on the model 5110 phones.

“To get products right,” Curtis said, “to get people to love the brand, you have to design the physical, the digital, the packaging, the experience, as one holistic experience.”