A Morning of Music with Peter Lyngdorf

Our gadget hound listens to several years' salary worth of audio 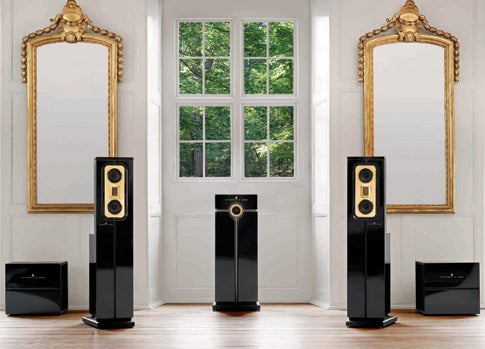 I hate the word “audiophile,” which implies a fanatic who imagines he hears things that don’t exist and spends far too much money to get those imaginary sounds. But I do like music. And I’m extremely proud that I was able to put together a respectable stereo system for just $300 (thanks to eBay and close-out sales).

It was with that attitude that I met last week with Peter Lyngdorf, creator of the $148,000 Steinway-Lyngdorf Model C stereo (which is a bargain compared to his $188,000 Model D). I can’t say I came away a true believer, even after spending two hours in Manhattan’s swank Core Club with the truly brilliant and charming Mr. Lyngdorf. But I do appreciate what he’s up to, and I learned some lessons that carry over to buying even the budget gear that a mere journalist can afford. 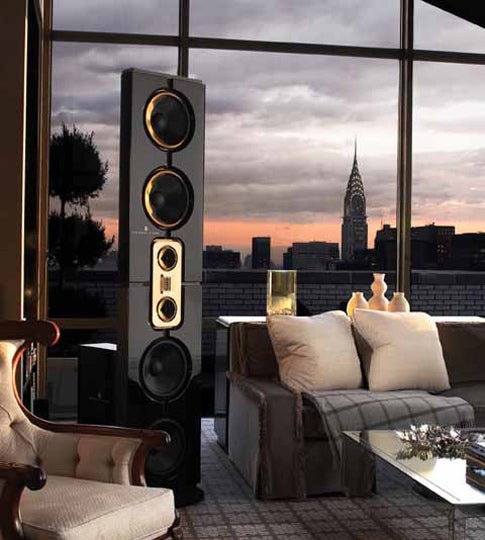 One of the two giant speaker towers of the Model D. A $188,000 stereo that’s perfect for your penthouse

(Lyngdorf has been in the business for about 30 years, having owned several great audio companies and played a role in the invention of both digital amplifiers and calibration tech that tailors the audio to match your room’s acoustics.)

First, I like that Lyngdorf hates subwoofers — those big thumping boxes, with a very limited low-tone range, that make your living room sound like a tricked-out boom-car. Perhaps the oddest thing about subwoofers is that, unlike the careful positioning for all other speakers, it doesn’t matter where you place the them. “The reason you can put it anywhere is because it is not correlated to the music at all,” said Lyngdorf. Regular subs produce low rumbling noise that literally shakes the room and muddies up the rest of the music. “It is like you have a drum, and you are trying to play the music through a drum,” he says.

The model C has two big boxes that look like subwoofers. But Lyngdorf simply calls them “woofers.” They use extremely light carbon-fiber cones that can move as fast as midrange speakers — producing frequencies from 20 to 5,000 hertz (up to middle C on a piano). “We could play almost all the music on the woofers,” said Lyngdorf. Why is that important? Because the woofers are actually timed with the higher notes. Even an instrument with a high range has some bass component, says Lyngdorf, and on his system, they are in synch.

In fact, I had heard the Model C several weeks ago, but with rumbly woofers that made the system sound like a high-priced gimmick aimed at clueless hedge-fund managers (this was back when we had a lot more of them). Turns out those woofers were buggy prototypes. When I heard the final version, there really was a clear difference.

What if (like almost everyone on earth) you can’t afford a 148,000 stereo? Don’t get subwoofers, Lyngdorf advises. 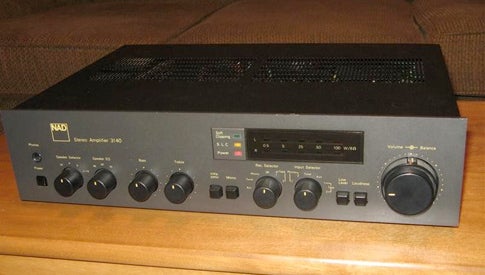 And don’t get a big honkin’ sound system, or big speakers, either. “It’s more easy to make a good 20-watt amplifier than to make a 200-watt amplifier sound good,” he says. And Lyngdorf knows about little amps. He used to own New Acoustic Dimensions — an un-hip company that’s scarcely known by anyone except music lovers. NAD builds spare-looking, low-wattage amps that happen to sound fantastic. (I loved the old 40-watt NAD 3140 that I had a few years ago.)

And what does Lyngdorf think about surround sound? “I used to hate it, and then I heard the multichannel audio on Blu-Ray. Now I’m really getting into it.” Back in September, he announced at the CEDIA show that Steinway-Lyngdorf will be introducing a surround-sound system with wall-mounted speakers. And just in time for the global recession, it will start at the bargain price of $90,000.

If even that’s too much money for you, stick to Lyngdorf’s advice: Get a nice little stereo amp and (since you probably also don’t live in a huge house), a nice little set of bookshelf-sized speakers. But if one of your billionaire friends ever invites you over to listen to a Steinway-Lyngdorf system, take them up on it.