The Most Realistic Video Games Yet 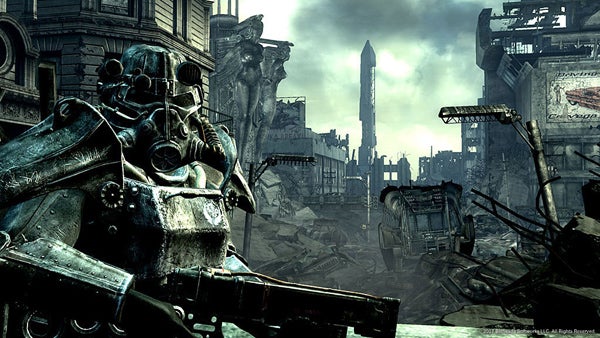 Games are beginning to exploit the computational muscle of the PlayStation 3 and Xbox 360 to generate characters and environments that follow the rules of reality, not just preset sequences.

WHY NOW
Developers have finally figured out how to write software that takes better advantage of the multiple processing cores in the Cell chip that runs the PS3 and the Xenon CPU that powers the Xbox 360. By performing several tasks at once, the chips can execute billions more instructions per second than their predecessors.

THE BENEFIT
You’ll battle virtual enemies as smart and unpredictable as real people, experience adventures that are different every time you play, and control games without a joystick.

Turn the page for a look at three games pushing video closer toward reality.

As Darth Vader’s apprentice, you wreak havoc in a world that’s lifelike down to the molecules and muscles. Digital Molecular Matter software realistically simulates how things break, so metal bends and wood splinters along the grain. And the game’s Euphoria artificial-intelligence system simulates the muscles and nervous systems of every Jedi or Wookiee you encounter. Fling one through the air, and he will flail his arms, seeking a handhold. $60; lucasarts.com

Strike a character in a regular game, and it plays a canned animation of an injury. But in Fallout 3, the pain is personal. Choose among more than 50 weapons—everything from hurled ashtrays to portable nukes—that studiously obey the laws of physics as they smash into the computer-simulated skeletal systems of supermutants and irradiated ghouls. Crippling adversaries isn’t just for show, either. Broken arms can’t hold pistols, and crushed legs won’t support weight.** $60; bethsoft.com**

Direct this war game’s futuristic troops simply by barking commands. High-power processors parse your speech to recognize 80 military terms strung into orders such as “Unit One move to target.” Developers trained the speech-recognition software using actors with more than two dozen unique accents, giving the game 95 percent accuracy regardless of your pronunciation. Drive invading drones out of Paris just by yelling “Attaaaack!”** $60; ubisoft.com**