Is this the real life? Is this just fantasy?

Have you ever wondered how your computer sees the world? Spoiler alert: it’s the stuff of psychedelic nightmares, as the internet found out last month when Google revealed that in order to sort and categorize images online, it uses an artificial intelligence program that looks for patterns and sometimes gets things wrong, finding random dog faces, swirls, and hands where there are none.

Google opened the source code up to developers under the name “DeepDream,” and now, a couple new websites have sprung up, including a recent one from Psychic VR Lab and (h/t: Prosthetic Knowledge ) and earlier, one from entrepreneur Zain Shah called Deep Neural Net Dreams, or #DeepDream for short. Both take code from Google’s AI and let you upload your own photos, transforming them into eerie, computerized dreamscapes. You can see examples of these images below.

Google’s artificial neural networks (ANNs) are used to discern and process the millions of photos scraped by the search giant and organized in Google Images. In the case of the Google Images ANN, Google’s developers taught this artificial intelligence hive mind how to recognize certain objects by showing them repeated examples of said object.

For example, after seeing a bunch of pictures of starfish, the program would begin to understand that a starfish is typically a shape with five triangular points, and an orange color. The team realized that this same program could be used to also generate images of those things. The program is a ways off from being able to do this perfectly, but what it “dreamed” up is pretty trippy.

Now you can produce your own psychedelic images with the Psychic VR Lab interface and Deep Neural Net Dreams. All you have to do is upload an image and wait for the code to transform into some kind of surrealist nightmare. Then post your creations to social media with the tag #deepdream, so other researchers can further study them.

Before and after of Assistant Editor Sarah Fecht’s cat Padma. 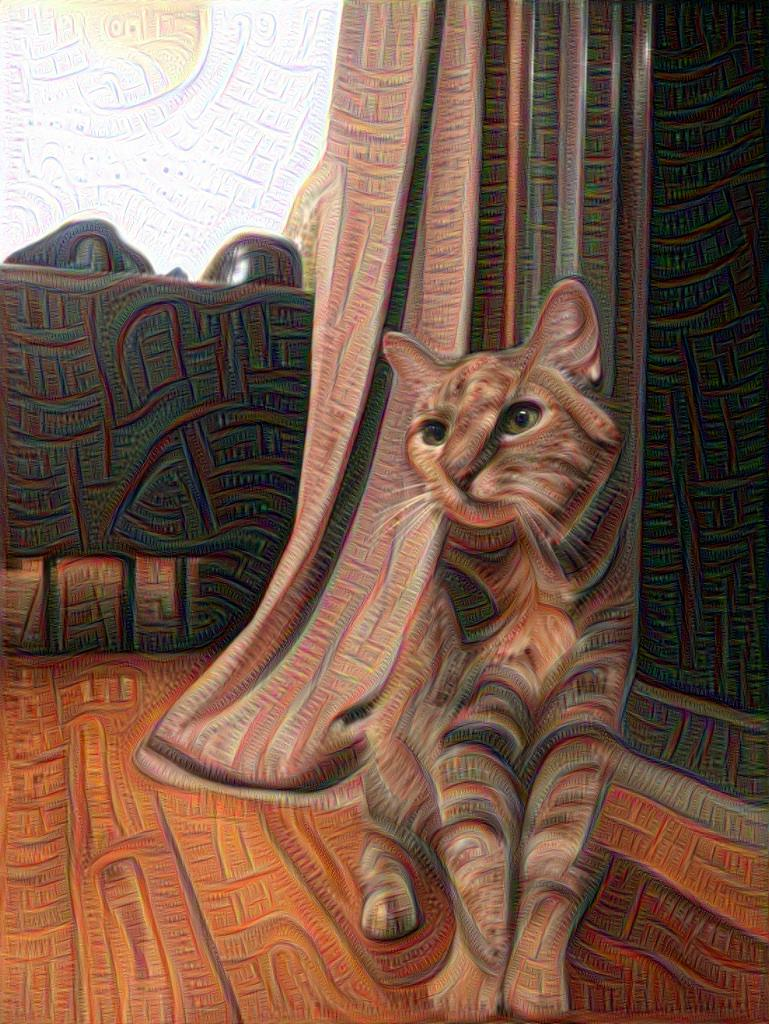 The Popular Science office isn’t the only one having a blast with the image generator. Numerous other techies, programmers, artists, and just general members of the internet public have taken to seeing what sorts of weird monsters are lurking in their images. Here are just a few examples of the growing number of #deepdream scenes.

Updated July 5th to include mention of and link to Psychic VR Lab site.