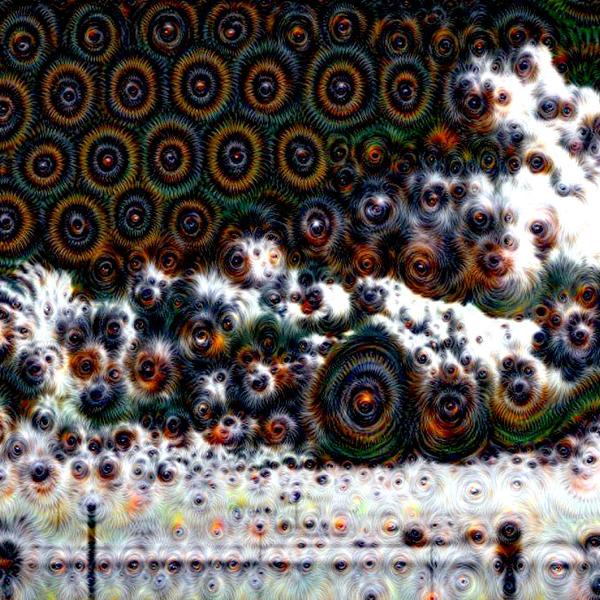 Now you can turn any video into a computerized hallucinogenic fever dream with DeepDream Animator.

Self-proclaimed “code magician and narrative engineer,” Samim Winiger, just released the latest tool in the DeepDream arsenal: a video generator. The animation tool extracts frames from videos, processes them with Google’s DeepDream image code, and turns it into a new video file. Winiger worked with vocalist Calista Kazuko under the name Calista and The Crashroots, and generated a music video with the code. The video, entitled “DeepDream,” is a vibrant psychedelic fantasy land of swirling clouds, dog faces, and floating eyes.

DeepDream is the name of the code that Google published last month for developers to play around with. In order to process and categorize images online, Google Images uses artificial neural networks (ANNs) to look for patterns. Google teaches the program how to do this by showing it tons of pictures of an object so that it knows what that object looks like. For example, after looking at thousands of pictures of a dumbbell, the program would understand a dumbbell to be a metallic cylinder with two large spheres at both ends. However, as we found out last month, when the program is used to “dream up” these images of its own, it can get things very wrong. What it creates are uncanny scenes of long-legged slug-monsters, wobbly towers, and flying limbs that look like a Salvador Dalí painting on steroids.

Last week hundreds of people morphed images of their own using Zain Shah’s implementation of the DeepDream image generator. A DeepDream twitter bot also makes it easy to spend hours sifting through a feed of these nightmarish images.

Winiger’s video generator is a natural and exciting evolution of the DeepDream code. He asks for those that use the program to include the parameters they use in the description of their YouTube videos to help other DeepDream researchers.