Stop using your phone for directions and use a smartwatch instead

Handsfree navigation, right from your wrist. 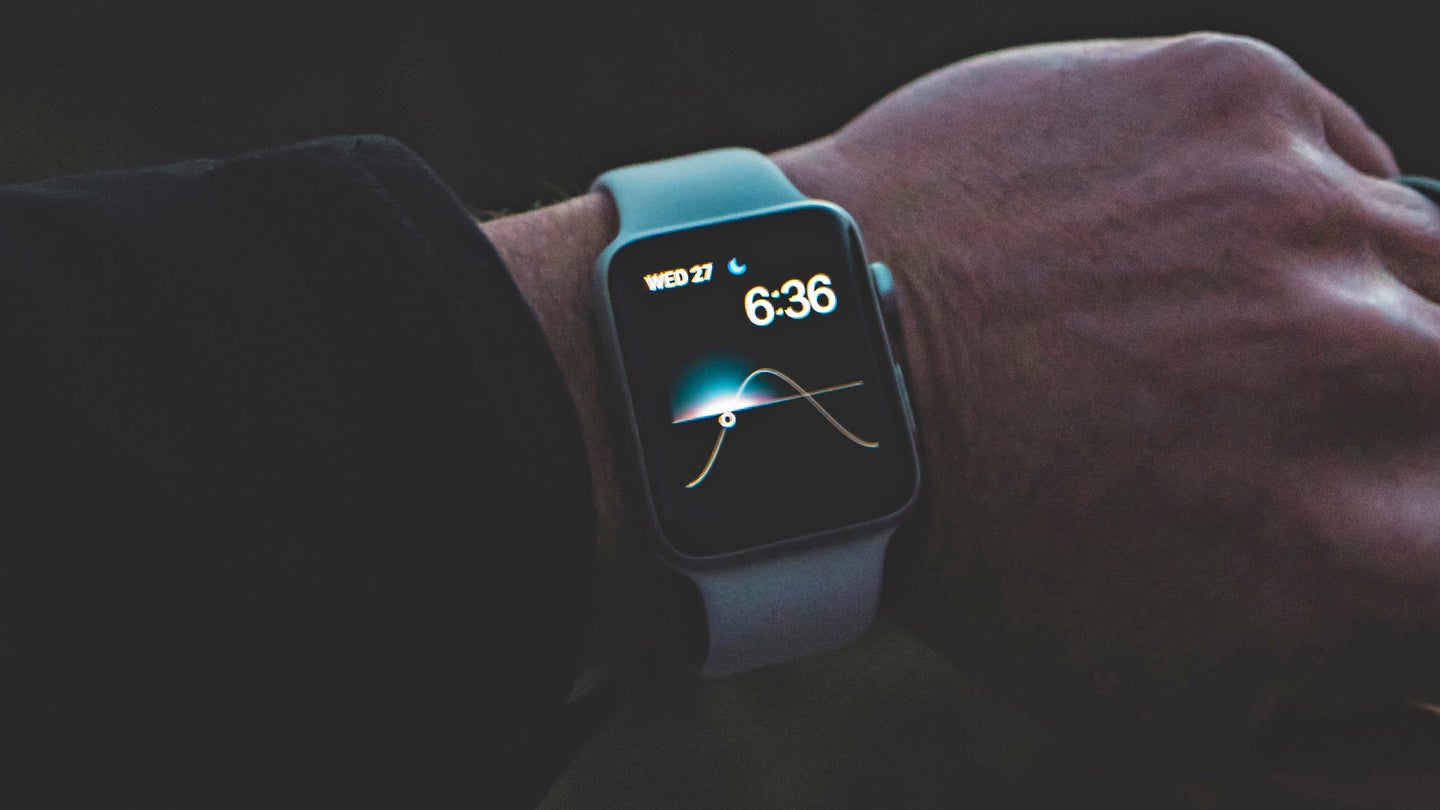 Your smartwatch can get you home, or away from home, if you need it to. Casey Horner / Unsplash
SHARE

Whenever your hands are full, or you don’t want to be walking around with your phone in front of your face, your smartwatch can take over navigation duties. Some models will even guide you along your route without being connected to a phone.

Displaying turn-by-turn direction only adds to the capabilities of the latest smartwatches, which can also track steps, place calls, play music, make payments, show your daily schedule, and more. It’s another reason why if you’re trying to use your phone less, a smartwatch might be the solution you’re looking for.

How to get directions on an Apple Watch

If you have an Apple Watch with LTE functionality, you’ll be able to find your way without an iPhone, because it will be able to connect to the web to get mapping information itself. If not, your smartwatch will rely on your iPhone to get directions and send them to your wrist, but you can still do everything from the smaller device.

To start, open the Maps app on your watch screen. From there, you can either look for a place using the search option at the top, or tap Location to choose somewhere on the map itself. You’ll also see lists of places you’ve favorited and visited recently on the same screen. Once you’ve picked a destination, you’ll be asked to choose the type of navigation you want: Driving, Walking, Transit, or Cycling.

After that, you’ll see step-by-step directions on screen (tap the map icon at the bottom to switch to the map view). Your watch will also make sounds to help you on your way: a low tone followed by a high tone means “turn right,” while a high tone followed by a low tone means “turn left.” You’ll feel a vibration when you’re on the last leg of the journey, and then another when you’ve reached your destination.

Google Maps is also available for the Apple Watch, but the experience isn’t quite as comprehensive. When you open the app on the wearable, you can only choose from locations you’ve already saved in Google Maps on your phone, including your stored home and work locations. Select any location from the list, and you’ll get turn-by-turn directions on your Apple Watch screen.

How to navigate with Garmin smartwatches

Garmin makes a host of smartwatches, many of which have GPS and navigation capabilities. We’ll focus on the models with full navigation and map support, offering similar functionality to Apple Maps and Google Maps. In other words, these wearables give you the ability to pick places and see your location on a map, rather than just pointing you in the right direction with an arrow from your current spot.

On these watches, press the upper right button to get to the main menu. From here, you have two options: Map and Navigation. If you pick Map, you can then choose somewhere on the map that appears by zooming in and out and scrolling around. Once you’ve selected a destination, press the upper right button again, and you can start moving immediately (Go) or store the place to get back to later (Save location).

Choose Navigation, and you can pick from places you’ve previously saved, nearby points of interest, or even the location where you started an activity like a run or a bike ride.

Once you’ve chosen a destination (using either Map or Navigation), you’ll see your route plotted on a map. To switch to step-by-step instructions, press and hold the middle left button, then hit Turn By Turn.

To get directions on the Pixel Watch, Samsung Galaxy Watch, Fitbit Sense 2, or Fitbit Versa 4, you’ll need to launch Google Maps. If you’re using a Pixel or Samsung model with LTE connectivity, you can get these directions even if you don’t have your phone with you. Otherwise, you’ll need to rely on a linked smartphone for a connection to the internet to figure out your turns. At the time of writing, navigation also only works on Fitbit smartwatches if they’re paired with an Android phone, though the company says iPhone support is coming in early 2023.

There are three icons at the opening Google Maps screen: the microphone (so you can verbally tell your device a destination), the keyboard (so you can type one in), and the map (so you can pick a spot via the map view). Lower down, you’ll also see a list of places you’ve recently visited or searched for. Once you’ve used one of those options to find a specific location, your watch will offer a choice of travel methods (driving, walking, transit, or cycling), together with the estimated travel time for each one.

Choose your mode of transport, and Google Maps will calculate a route. When  turn-by-turn instructions show up on the screen, tap Show map underneath these steps to switch to the map view, then tap the menu icon (three lines) to go back. You’ll get a small vibration on your wrist when a turn is coming up, prompting you to look at your watch. With any luck, you’ll get to your destination without a hitch.