Yes, including that friend who keeps running out of battery. 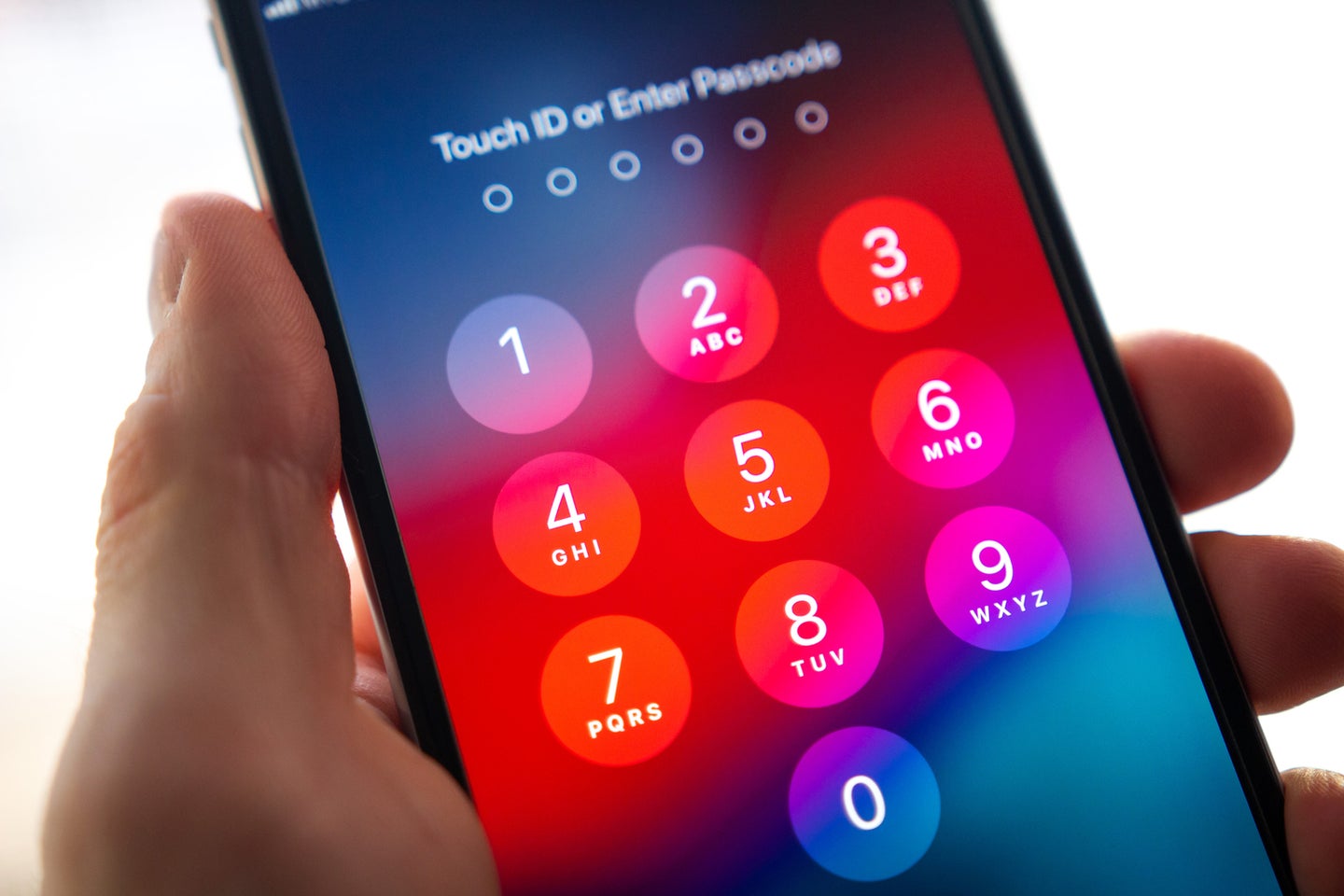 Repeat this new mantra: Don't give your passcode to anyone. DzmitRock87@gmail.com via Deposit Photos
SHARE

You’re standing on the street when a total stranger walks up and asks if they can borrow your phone to make a call. Theirs died, you see, and they have to tell whoever they’re meeting they’ll be sitting in the back. Or you’re talking to your friend about the person you started dating, and when you pull up their Instagram to show a picture, your friend snatches your phone and starts scrolling.

Stressful. Having somebody else’s hands on your unlocked device can give you heart palpitations.

We keep so much data and personal information on our little pocket computers that handing them over to others, even voluntarily, can seem like a potential invasion of privacy. But there’s really no point in feeling that way—both Android and iOS include useful built-in options that restrict what guests can and cannot do on your smartphone. Even when it’s unlocked.

When the 5.0 Lollipop version of Android launched in 2014, the operating system included a feature called “screen pinning” that’s been a mainstay ever since. Essentially, this mode locks the phone’s user inside one specific app, so when a guest holds a screen-pinned phone, they cannot open other apps or change the settings unless they know the PIN. This is perfect for when you lend your phone to someone to make a call or hand it over to your kid so they can watch videos on YouTube.

To set up screen pinning, go to Settings and tap Security, then Advanced, and Screen pinning. Toggle the switch to On and make sure the option to always ask for a PIN before unpinning is set to On as well.

Next, open the app you want to let your guest access. Swipe up from the bottom of the screen and hold it halfway to open the Overview carousel. Tap the icon at the top of the app you want to pin and a drop-down menu will appear. Choose Pin, which should be first on the list, and that app will now be the only one accessible to users. To restore your phone’s full function, swipe up and hold again, then enter your PIN.

If you want to take further precautions, or you have one friend or relative you’re constantly lending your device to, try out Android’s guest mode. This ability gives a frequent phone borrower their own user account, complete with independent apps, browser settings, and more.

Think about it the way computers can host different users, where each one gets their own settings, files, and layout. The guest mode on your Android phone is just like that, and the person using it won’t be able to return to your account or access your files without your unlock code.

To find guest mode, open Settings, then choose System, Advanced, and Multiple users. If there’s a specific person who borrows your phone a lot, you can give them their own named account by tapping Add user. Otherwise, just tap Guest to switch to a clean version of Android where no accounts are open.

Inside guest mode, users cannot send texts, make calls, or access the usual backup and reset features. However, the guest can sign into apps using their own accounts, and if they have Google credentials, they can access apps like Gmail and the Google Play Store. To return to your own account, go to the same Multiple users screen as before and enter your passcode.

While guests could try to get into your account without your knowledge, they would have to get through the lock screen protection. Unless you already gave that away (if you did, change your password), you’ll still be the only one who can get back to your personal apps and have full control of your device.

If those options aren’t enough for your needs, download Norton App Lock (free) which will let you protect any app on your phone with a PIN code, even if the phone is already unlocked. For example, if you want to lend someone your device, but keep them out of Snapchat, Facebook, and Google Photos, Norton App Lock can help.

On Apple’s smartphones, the Guided Access feature can help protect your iPhone from whoever’s borrowing it. This mode works a lot like Android’s screen pinning, and restricts guests to just one app of your choice, unless they have the correct PIN code, Touch ID, or Face ID authorization.

To set up Guided Access, open Settings and select Accessibility and Guided Access. The subsequent screen will let you turn the feature On or Off, and set whether you want to use a PIN code, Touch ID, or Face ID to unlock the mode. If you’re going to put time limits on the Guided Access restriction, you can also set that here.

Open the app you want to restrict your guest to, triple-tap the side or Home button (depending on what iPhone model you have) and the Guided Access menu will appear. From this initial screen, you can disable certain areas of the display, such as the menu button. You can also tap Options to set time limits and disable or enable certain functions, such as the side button and touch input.

Right before you hand your phone to a friend, tap Start to enter Guided Access mode. Another triple-tap on the side or Home button, along with the correct PIN code, fingerprint, or face, will disable Guided Access once more.

Unlike Android, iOS doesn’t offer multiple user accounts or third-party locking apps. However, if Guided Access doesn’t quite work for you, there are a couple other options that may be worth your time.

The first is a long list of parental controls, which you can find in Settings under Screen Time and Content & Privacy Restrictions. These options control users’ access to the web, camera, certain types of age-sensitive content, and more. Admittedly, you won’t want to run through all of these every time you pass your phone to a friend, but if you regularly hand over your iOS device to your 5-year-old niece, it might be worth your while to set them up. Back on the Screen Time menu, tap Use Screen Time Passcode to enter a PIN that prevents someone else from changing these settings.

Finally, if you’re specifically interested in keeping certain photos and videos private—and you aren’t too concerned about anything else on your phone—you can hide images and clips from the iOS Photos app. Simply tap the Share button and then choose Hide. This keeps the chosen photos and videos away from the Moments, Years, and Collections views, though a determined seeker can still access them through a search or via the Albums screen.

Whether you’re lending your phone to a stranger, friend, or family member, some combination of these tips should cover every eventuality on both Android and iOS. But if you’re still lacking some peace of mind and really don’t trust people with your property, there’s a simple, more analog path you can take—just don’t hand them your phone in the first place.