The planet needs its peat moss. Use these gardening alternatives instead.

Local compost is less sexy, but it's better for the planet. 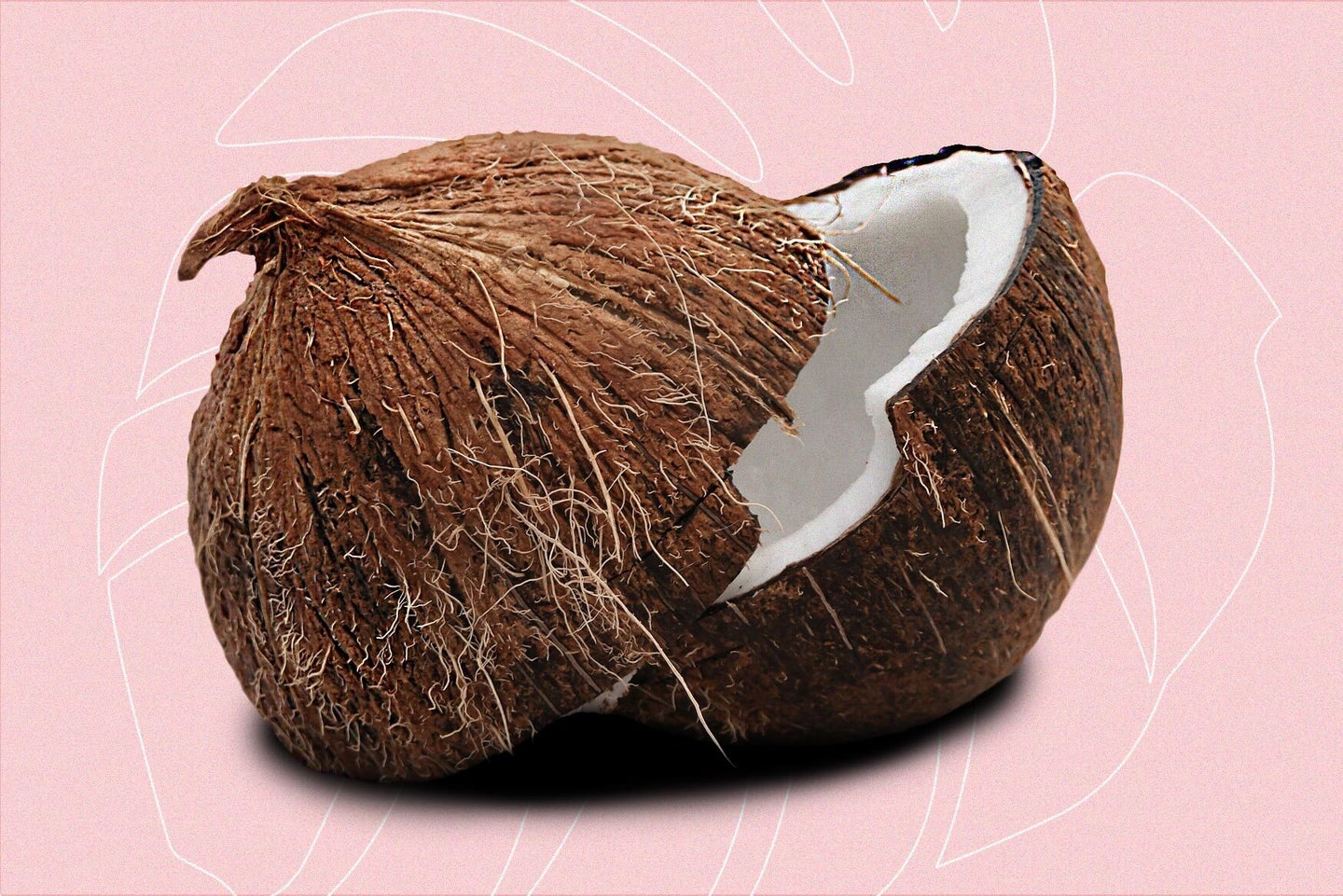 The husk of a coconut can stand in for peat moss, but it has its own drawbacks. Isaac N.C. / Unsplash
SHARE

Many of the most dramatic scenes in English Gothic literature take place on the moors: Heathcliff is haunted by ghosts in Wuthering Heights; Jane Eyre’s titular character runs aimlessly after learning her beloved Mr. Rochester has been keeping his first wife captive in his attic. If the Brontë sisters’ fictional worlds work in a similar way to ours, sphagnum (or peat) moss was cushioning these characters’ wandering feet. And if Jane and Heathcliff had any seedlings on their windowsills, chunks of that same moss may have been padding those pots.

Peat moss is acidic (which some plants like), has antimicrobial properties that can keep your plants healthy, and stores and distributes water better than almost anything else on this planet, whether the moss itself is dead or alive. These properties make it an ideal medium for many types of gardening, and about 30 percent of extracted peat is used for horticultural purposes. But drained peatlands also release about 1.9 gigatonnes of carbon dioxide every year, or about 5 percent of total human-generated greenhouse gas emissions—a significant amount for our planet. Thankfully, there are effective ways to replace peat in your garden.

Why peat moss is so special

To understand why peat bogs put the Amazon rainforest to shame in terms of carbon storage, you must understand that these bogs are remarkably springy, like a sponge. Brian Jackson, professor and director of the Horticultural Substrates Laboratory at North Carolina State University recalls his experience with one in Canada: “I was standing 200 feet away from a tractor that drove by. And the person I was with said, ‘Wait for it, wait for it.’ And like five seconds later, the ground beneath me moved due to the vibration from that tractor from 200 feet away.”

Some of the same attributes that make hundreds of layers of sphagnum moss feel like a solid puddle are also what make them so good at storing carbon. For example, they take a long time to decay, so they end up holding their organic molecules for hundreds to thousands of years. If you’re a numbers person, consider this: they make up about 3 percent of the world’s land area but store a quarter of the carbon—carbon that would contribute to the climate crisis if released.

Other material that will hold large amounts of moisture

The outer coating of a coconut, called “coconut coir,” is surprisingly useful for starting seeds or mixing with other soil mediums. “It wets up nicely and holds water,” Jackson says. The downside, though, is that processing coconut coir requires a lot of water, so ocean salt doesn’t end up in the final product. And if you live in the US, you probably can’t buy local coir and might find it hard to get.

While these are important considerations, every growing medium has some sort of environmental impact—choosing is a matter of mitigation, not elimination. And, as always, we can only make so much difference on the individual level. “It’s a lot different than the professional individuals who are using growing media to grow vast acreages of crops,” says Jackson.

To make soil more acidic and avoid rinsing out crucial nutrients when you water the plant, Jackson recommends adding aged pine bark to the soil. It’s a byproduct in the forestry industry, especially in the southeastern US. It’s all about the cation exchange capacity (CEC): how well the soil can hold positive ions, which hold on to nutrients. “[The CEC] is quite high in peat moss, but it also can be very high in aged and composted barks,” Jackson says.

How to recreate peat’s antimicrobial properties

The antimicrobial activity of peat moss seems to be the hardest attribute to replicate, as mosses produce a complicated mix of substances like polyphenols and carbohydrates that have antimicrobial and even anti-cancer activity, according to a 2015 paper in the journal Molecules. “There’s no direct substitution for it,” Jackson says. (But don’t go eating peat or rubbing it on tumors—the researchers tested the moss on specific types of cancer cells.)

This may seem like disappointing news, but scientists are discovering more and more about soil microbiomes and underground fungi networks that link trees every day. It’s only a matter of time before there’s a probiotic for your houseplants. In the meantime, you can use local compost, which is teeming with life. Given the environmental effects of harvesting all growing mediums, composting at home or locally is also probably the best way to reduce your impact on the world around you, even if you don’t get those eerie Heathcliff vibes.