Carbon-absorbing networks are another reason to love mushrooms. 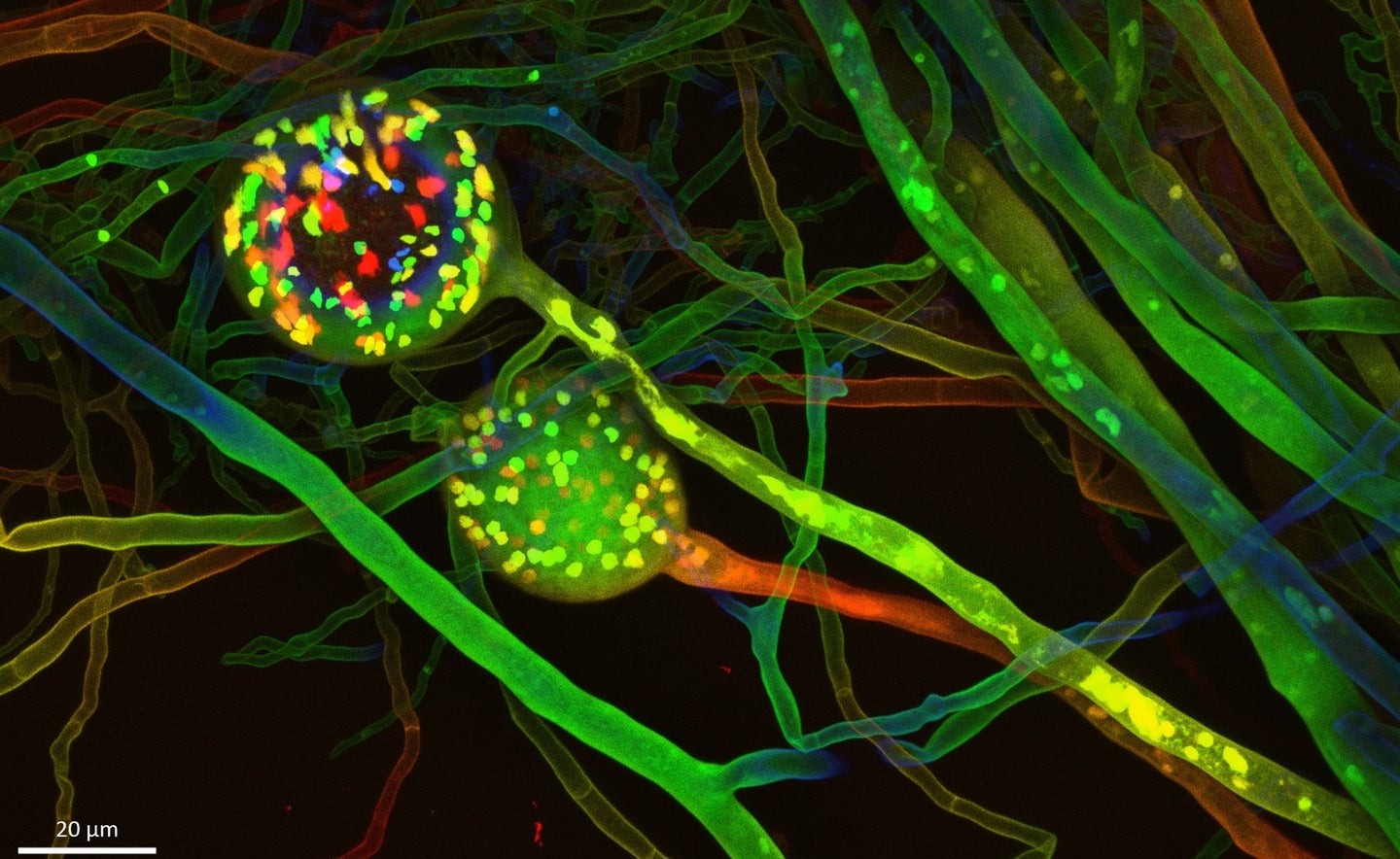 Long before there was the Internet, and even before there were cities, there were fungi—the original social network, if you will. But scientists don’t have an accurate picture of how extensive these networks are in North America or elsewhere in the world. The nonprofit Society for the Protection of Underground Networks (SPUN) is taking on a massive, first-time project to map the global fungal network.

Fungi aren’t just singular mushrooms poking through the ground. They make up vast underground networks that can be the size of a state park. The networks’ impressive sprawl is matched by their many functions: Fungal networks help trees communicate with each other about things like insect infestations, they serve as nutrient superhighways, and they enrich the soil so that other plants thrive.

Complicating matters, though, are factors such as pollution, urbanization, and agricultural expansion, which are altering and destroying ectomycorrhizal forests. SPUN says its comprehensive map will offer intricate visualizations of how nutrients flow within networks, and will help identify sites that can store more carbon.

“We’re relying an awful lot on forests to store carbon,” says Michael Beug, professor emeritus of mycology at Evergreen State College who is not involved with SPUN. He underscores how intertwined forests and fungi networks are, as they rely on each other. “It’s a joint project where both are necessary.”

The SPUN project is funded by billionaire financier Jeremy Granthamwith a $3.5 million donation. “Just below our feet lies an invaluable ally in mitigating climate change – vast hidden fungal networks. Billions of tons of carbon dioxide flow annually from plants into fungal networks. And yet, these carbon sinks are poorly understood,” Grantham says, in a press release.

SPUN will start with 10,000 samples from the GlobalFungi dataset, a database that encompasses research on fungi from around the world, and use machine learning to predict fungal network biodiversity globally. Over 18 months, starting in April 2022, SPUN will collect an additional 10,000 samples from around the world to identify carbon storage hotspots. Among potential hotspots are the highlands of Patagonia, the Negev Desert, and the Canadian tundra.

Beug is pleased that someone is looking to protect fungi, which will in turn protect forests and the world. He also hopes this comprehensive map will help identify many unknown fungi—perhaps only 10 percent of fungi have been named, he estimates.