How to track and spot a wild moose

Enjoy these magnificent creatures in the wild. 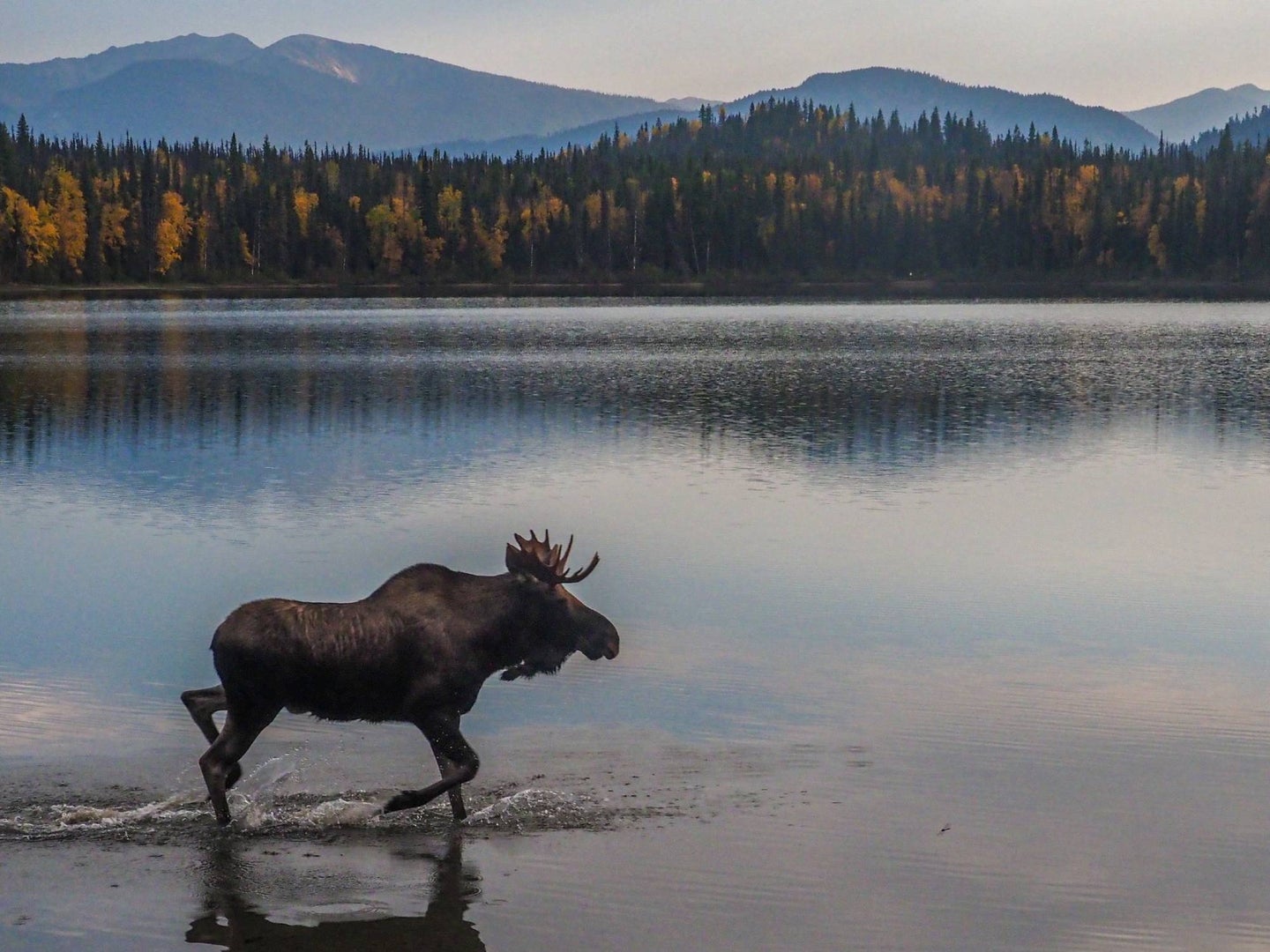 It was too early in the morning for bad jokes. But at 7:00 am in August, I boarded a pontoon boat at the New England Outdoor Center where my guide’s bad jokes were as heavy as the fog veiling Mount Katahdin.

We were on Lake Millinocket in northern Maine, the state within the Lower 48 that has the highest population of moose. We were looking to get a peek of these massive and often elusive creatures, as seeing them in their natural habitat can truly be a sight.

When and where to find a moose

Finding moose isn’t that much different than spotting a specific bird, Lee Kantar, a moose biologist with the Maine Department of Inland Fisheries and Wildlife told me. Birders, he explained, “understand habitat, weather, season, time of day.” Also like birding, when it comes to moose-searching, binoculars are key.

In May and June, lakes like Millinocket are moose locales, as food sources are readily available there. That means moose get to spend less time feeding and more time protecting their calves. Freshwater sources also have aquatic plants, like pondweed and water lilies, which supply sodium (a necessary nutrient in a moose’s diet) much more efficiently than the plants on land.

[Related: Most of your sodium isn’t coming from your salt shaker]

“Finding areas where there have been trees harvested in the last fifteen years is a good bet,” Kantar said, noting how moose eat thirty pounds of vegetation daily, and early successional forest growth helps these mammals meet those demands.

Come August, moose are less likely to emerge on the edge of a lake. Kantar explains that, as fall and rutting season approaches, these giants spend more time in the open woods feeding and less time in the water sources. Fortunately, in Maine, like the famed National Park and eponymous beer Woods and Waters reminds us, water and woods are typically side-by-side.

I still liked my chances and kept my binoculars trained on the forest. Working in our favor was the time of day: dawn, along with dusk, is a moose’s preferred time to graze.

But the early morning ride across glassy Millinocket revealed only myriad birds and bad jokes.

Signs that a moose is nearby

We cruised for miles across Lake Millinocket, whose name means ‘land of many islands’ in the mother tongue of the Abenaki, an indigenous people native to the region.

There were dozens of islands, or hundreds of them, depending on your definition of an island, explained my guide, pedantically. It didn’t matter, though—I was too busy watching the shoreline, hoping to catch moose devouring white water lilies and football-shaped leaves called watershields.

After hours on the boat and still no antlers in sight, the guide suggested making a moose call, which mimics an irritated cow. He noted it could coax a bull out of the forest, as we were nearing mating season. There are videos on YouTube, often from hunters, who explain the nuances of attracting a moose. In one, hunter Dan Brooks explains that the noise every moose makes is EER UGH. Bulls put more emphasis on the Ugh, so to sound more like a cow, concentrate on the E’s and R’s, he says. Using a cone-shaped amplifier helps. Sadly for us, it was still too early in the morning for disgruntled-cow calls.

To improve your chances of finding one of these reclusive giants in nature look for signs that moose have been in the area. Finding evidence like scat or heavy browsing is a good indication that you might cross paths with a moose.

How to be safe around a moose

Bringing binoculars to your moose-spotting adventures doesn’t only allow you to see these creatures up close, but they also help create distance between you.

This is key if you want to be safe around these giants. Because as gentle as they might look, if a moose feels threatened or gets surprised by a hiker—especially a cow with a calf—they can charge and kill. This is nothing to worry about if you’re on a boat, but if you are in the woods, stick to the rules of avoiding bears and make some noise. And if you happen to stumble upon a moose, make sure to create space for yourself.

[Related: How to stay safe around moose]

When driving through Maine, the road signs make it seem like moose sightings are imminent, but they’re not as common as you might think. Still, for some visitors, they do happen, which is why you should take those road signs seriously and be alert at all times.

Crossing paths with a half-ton mammal while traveling at highway speeds can be dangerous, if not deadly. Of the 500 car wrecks involving moose in New England each year, hitting this seven-foot-tall herbivore, as compared to a deer, is 13 times more likely to result in human death.

Getting a glimpse of moose in the wild can be a great experience. Just make sure to respect their habitat, stay safe, and work on that moose call.