The strongest fishing knots you can tie

Field & Stream put three types of line through an exhaustive series of tests and ­discovered the very best knots. 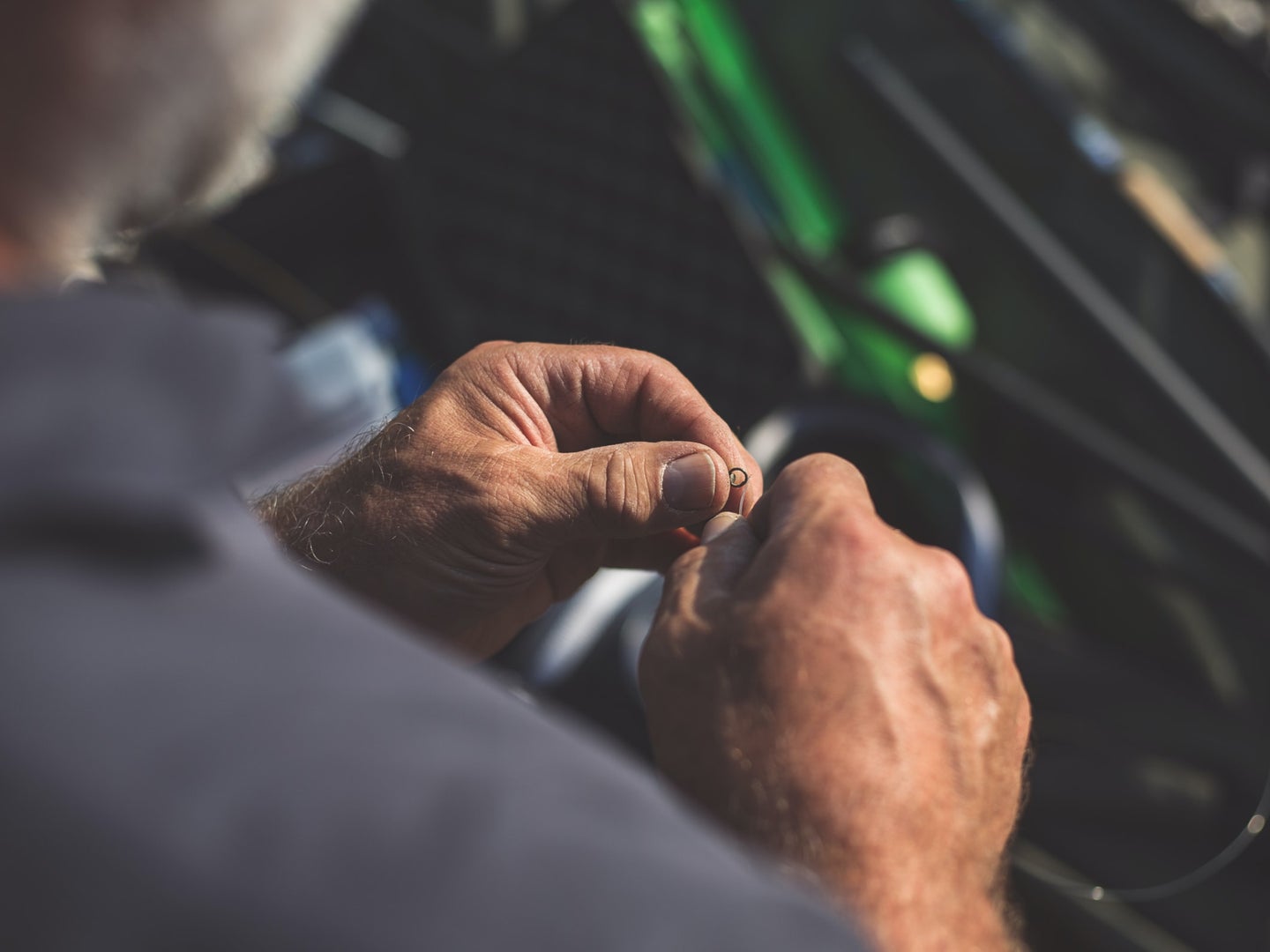 When it comes to finding the strongest fishing knot, sometimes you've got to do a bit of experimenting. C D-X/Unsplash
SHARE

Fishing line has advanced remarkably in the past few decades. Nylon monofilament, fluorocarbon, and so-called “superline” give fishermen tremendous advantages in strength, visibility, and ease of use.

Each of the three primary line types behaves differently from the others, however, so picking the right line for the job isn’t easy. Our fishing lives are further complicated because a particular knot that works well for one type of line might not be worth a damn for another type. And what advantage is a great line if the knot you use fails?

So here’s what we did: We got our hands on some expensive equipment and a whole lot of line and began testing. We were surprised by some of the results. A couple of them changed the way we fish—and the same may be true for you. Here are the results from our test in determining the strongest fishing knot.

Splicing knots: How to tie fishing line together

Not all splicing knots are equally compatible with all three basic line types. I tested the strength of at least three or four different splicing knots for each of three line combinations to find what worked best.

Note that in two cases, an easy-to-tie knot won out over a knot that scored a bit higher. That’s because a knot that you can tie quickly and efficiently is more practical and valuable than one that is a tiny bit stronger but requires much more valuable fishing time to tie. The “strength” percentages listed after the name of each knot indicate the strength of the knot compared with the leader’s actual ­unknotted line strength.

Strength: 83% | Monofilament to a fluorocarbon leader

For this test, I tied 10-pound Seaguar InvizX fluorocarbon to 10-pound Trilene Big Game monofilament, purposefully going with lines of similar diameters to simulate a common use of fluoro, such as in tying on a leader when fishing for heavily pressured steelhead or walleyes in clear water. Other, more high-tech knots fared not as well: A 3-turn Seaguar knot broke at 66%; a 3-turn surgeon’s knot at 65%; and 4-turn back-to-back Uni knots at 6%.

How to tie a Palomar knot

Strength: 96% | Superline to a monofilament leader

I tied 30-pound Berkley FireLine Braid to 10-pound Big Game mono, two lines of similar diameters. The winner here is happily also the easiest to tie: a Palomar knot on either side of a small intermediate barrel swivel. In casting and reeling, the swivel must remain outside the tip-top guide. This limits leader length to 2 or 3 feet, which is usually adequate. If you require a knot that will travel through the rod guides, use a J knot, which tested at nearly 100% for this combination—but is much harder to tie than a Palomar.

How to tie a J knot

Strength: 83% | Superline to a ­fluorocarbon leader

I tested four different knotting systems using 10-pound InvizX fluorocarbon and 30-pound FireLine Braid, also of similar diameters. Other trials were close but earned no cigars: A 4-turn surgeon’s knot broke at 80%; 5-turn back-to-back Uni knots at 75%; and a 3-turn Seaguar knot at 73%. The J knot is difficult to tie, but if you’re using a fluorocarbon leader, you are obviously concerned about visibility and shouldn’t go the Palomar-to-a-barrel-swivel route as explained above.

The Albright, and uni-to-uni splice are arguably the two most common knots for joining one piece of line to another. But splice points are quick to fail during a fish fight if improperly tied. Technique is often not the issue; rather, anglers don’t choose the right splice for the kinds of lines they’re trying to join. Learn when to put each into play, and you’ll put more fish in the net.

How to tie the Albright knot

An extremely secure connection for splicing lines of different diameters—or with different coatings—the Albright works best when the thinner line is being connected to a thicker line that allows for some “bite.” For example, thinner, harder mono leader material will bite into softer fly line when an Albright is cinched down. Likewise, thin, slick braid or coated wire leader will bite into softer, thicker mono. The trick to a secure Albright, however, is keeping the coils tight as you form it, and cinching it down hard until all the wraps lock firmly. An Albright that isn’t properly cinched will fail in a flash.

How to tie a uni-to-uni splice knot

This is actually a jam knot, meaning two separate knots are created and jammed together. This connection works best with heavier monofilament and fluorocarbon. While it’s strongest when used with lines of similar diameter, it will securely splice lines varying in diameter by a pound-test or three. Braid does not work well with a uni splice, as its skinny profile and slick coating tend to cause the knots to over-tighten and slip through instead of jamming. The uni splice maintains its strength under strain when tied with 15- to 80-pound-test, but it tends to fail with lighter lines, especially if jolted suddenly.

Terminal knots: How to tie lure and fishing hook knots

Arguments about the best terminal knot are endless. Usually they match one angler’s opinion against another’s. But to paraphrase knot maven Lefty Kreh, line-testing machines don’t have opinions. With that in mind, I tested the three basic types of line with various lure knots. Some of the results surprised even me.

Here also, the percentages listed indicate the strength of the knot compared with the line’s actual unknotted line strength.

How to tie a Trilene knot

Strength: 96% | Monofilament to a lure

I tested five different knots with 10-pound Trilene Big Game monofilament tied to an original Rapala, and the tried-and-true Trilene knot beat all. Notably, a 6-turn clinch knot and a 5-turn improved clinch also came in at 96%, but only if they were tied with extreme care. Otherwise, they broke at a much lower percentage. The widely used Palomar knot tested at 89%.

How to tie a nonslip loop knot

Strength: 83% | Fluorocarbon to a lure

Fluorocarbon in general has gotten a bad rap for knot strength, which was borne out in this particular trial. Tying 10-pound InvizX to a small Rapala in three different ways gave results that were merely OK. The nonslip loop knot barely edged out a Palomar knot, at 83% vs. 82%. So take your pick, although the loop knot has the added advantage of allowing greater freedom of lure movement in fishing. A five-turn improved clinch knot came in at only 75%.

How to tie a Berkley Braid knot

Various knots made with regular 14-pound FireLine to a Rapala did poorly, percentage-wise. A regular eight-turn clinch knot would not hold at all, slipping out and coming untied at about 10 pounds of force. A Palomar knot, often recommended for superlines, broke at 63%, but I picked the Berkley Braid knot as a winner because it doesn’t require passing your lure through a loop as a Palomar does, which can be unwieldy.