How to find drinkable water in the wild

There’s one thing you should look for, above all else. 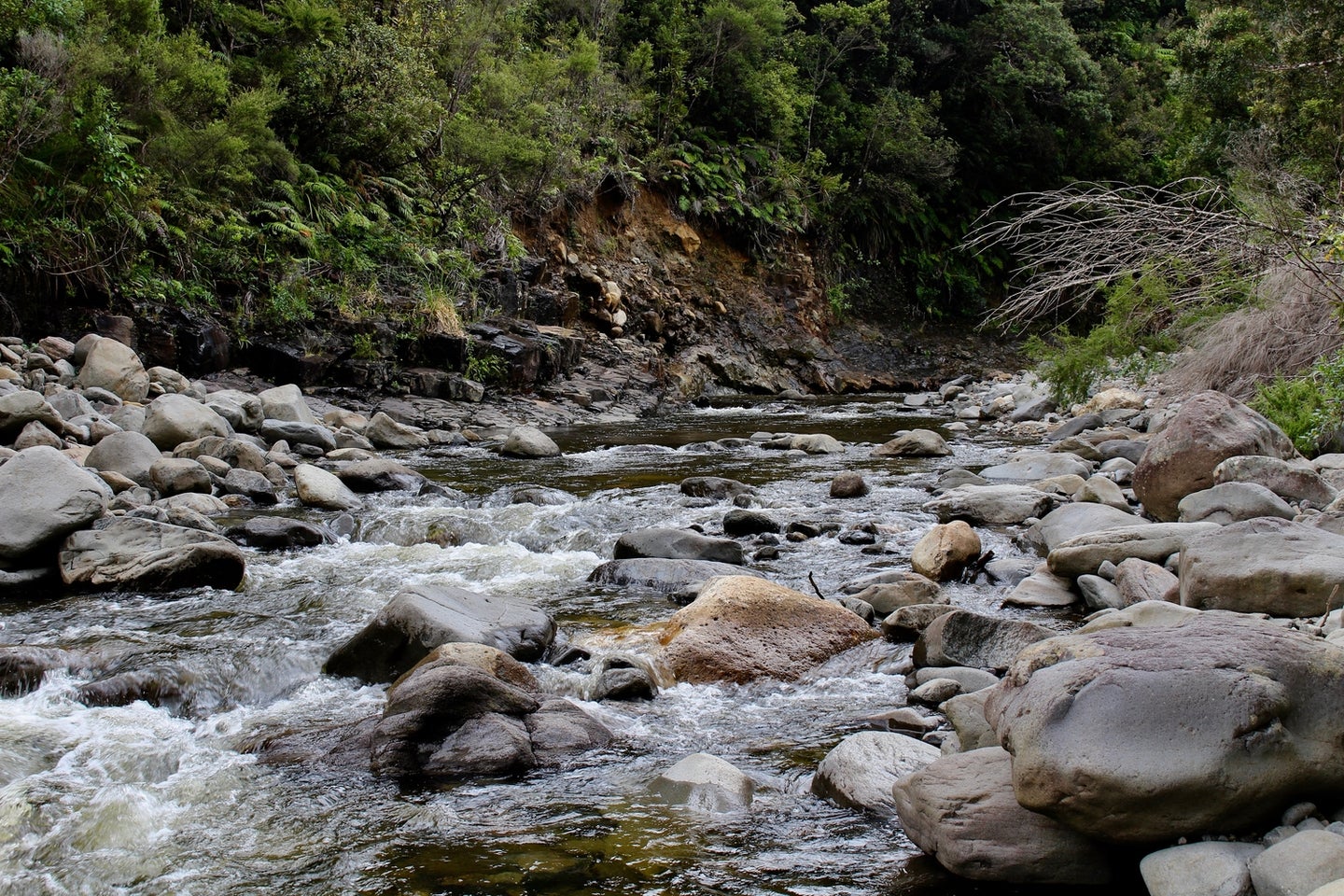 The best water you'll ever drink is the water you find when you're dying of thirst. Lachlan via Unsplash
SHARE

When you venture outdoors, you need to prepare for the worst—getting lost or stranded is always a possibility. Knowing where to get drinkable water is not only a good thing if you are hiking on a particularly hot day, but it could also be the difference between a dramatic anecdote and a sad story with a tragic ending.

Fortunately, finding safe water is easier than you might expect, as long as you know the risks. Keep in mind that even though you may find water quickly, you should only drink from wild sources when absolutely necessary. Remember to bring enough water for your entire trip—usually two liters per person, per day, as the National Park Service recommends. And, if you get lost or stranded, know that your ultimate goal is to stay hydrated enough to survive and be rescued.

“If you look at who survives and who doesn’t, it often comes down to people making a bad decision in the first few minutes of an emergency,” says Eli Loomis, executive director of the Boulder Outdoor Survival School.

So instead of freaking out, take some time to assess your exact situation. For example, Loomis imagined himself in a mild, wet environment: “The temperature’s cool, I’m not expending much water, and the air is really moist, so I’m not losing much water through my skin,” he says. “I could go without water for a long time.” That’s a relatively good scenario.

An environment characterized by blazing hot sun and extremely dry air is much worse. “The heat and some wind will take water out of you really quickly,” Loomis explains. “Hiking to get somewhere, you’ll lose a lot of water.”

Once you have a handle on your situation, consider your available hydration resources. You’ll find three types outside: surface water such as rivers and lakes, groundwater from springs, and rainwater. When you find some, there’s one thing Loomis says to check for first: life.

“If you find a beautiful pool of water and it looks sterile—there’s nothing living in it—don’t drink it,” he says. “Life wants water, and if even algae can’t grow in it, it’s probably not good to drink.”

Look for animal tracks, swarms of bugs, and green vegetation nearby—if other living things are drinking from it, you probably can, too.

Most of what makes water dangerous isn’t visible, and that’s true of taps as well as streams.

Contrary to what water ads tell you, guzzling from that majestic waterfall for a taste of nature will probably end with a sprint to the outhouse, thanks to microorganisms. Natural water sources can become contaminated for a host of reasons: heavy rains creating nasty runoff, dead animals rotting away upstream, and, near campsites, people not knowing how to poop in the woods.

Getting a gastrointestinal disease outdoors is no joke and can be deadly. According to the World Health Organization, about 500,000 people worldwide die each year from waterborne diarrheal diseases, and millions more are sickened. Contaminated water sources may contain pathogens such as cholera, typhoid fever, and dysentery.

Groundwater, as its name suggests, is found beneath the Earth’s surface. While it is generally free of bacteria and larger microorganisms, that doesn’t mean it’s always safe to drink. Any larger contaminants were likely filtered out as the water slowly flowed through dirt, sand, and stone, but chemical pollution, like landfill leakage, may remain.

Rainwater is also not entirely safe, since it carries with it anything it hits on the way down, including air pollution and whatever’s on your roof.

How to find the cleanest source possible

Running water and groundwater are the most common water sources in the wild, and you’re most likely to find them in valleys, ravines, and other low points, thanks to gravity. The faster the water is flowing, the better, so prioritize running sources over groundwater.

Just follow your ears. Stand still and listen, searching for the sound of trickles and rushes. Once you find that sweet, sweet H2O, try to head upstream as much as possible. Generally, water is cleaner the closer you get to its source, where there’s less opportunity for nasty stuff to wash into it.

Groundwater moves, too, just on a much smaller scale. The lower you are, the more groundwater you’ll generally find. The best way to track it down is to look for signs of saturation, such as mud, and begin digging.

If a source is cloudy in some way, take a sample, let it sit, and wait to see what you’re dealing with. If it’s just dirt or organic matter, it’ll settle to the bottom and you can carefully pour the potable water into another bottle.

Rainwater is the least-reliable source, but it is easy to collect: Find an open space, set up something to catch it with, and wait. If you have a tarp or a large plastic sheet, spread it out and tie it up off the ground at all four corners, resting a rock in the center. You can also find natural rainwater collectors, like hollow stumps and depressions in rocks. Just know that standing water can quickly collect bacteria, so purification will be crucial.

If there’s no obvious source of water, you can capture it from the ground with a solar still, although Loomis warns that you’ll likely get less water this way. Basically, the still uses the heat of the sun to evaporate groundwater out of the soil, a bit like how water droplets will form on the inside of a capped plastic bottle if you leave it in a car on a warm day. The heat turns the water in the earth into vapor, and when the vapor hits a cooler surface, it condenses into liquid, which you can collect.

You’ll need plastic sheeting, something to dig with, a clean cup or a wide-mouthed bottle to keep the water in, and a rock. Find an area that gets sun for most of the day, and dig a hole about 3 feet wide and 2 feet deep. Make a smaller hole in the center for your water collector. Stretch the sheeting over the hole and put the rock on the plastic above your vessel. Doing so will create an inverted cone, with its tip over your container. Make sure the cone doesn’t plug the mouth, though, or all that water will run back into the dirt instead.

No matter where you get your water, don’t just start chugging. You’ll need to purify any water source as much as possible. If you’re calm, careful, and thoughtful about your water, though, you’ll be able to up your odds of surviving.