Working out at home? Here’s how to keep your house from smelling like a gym.

Whether you’re aware of it or not, your roommates are sweat-loving bacteria. 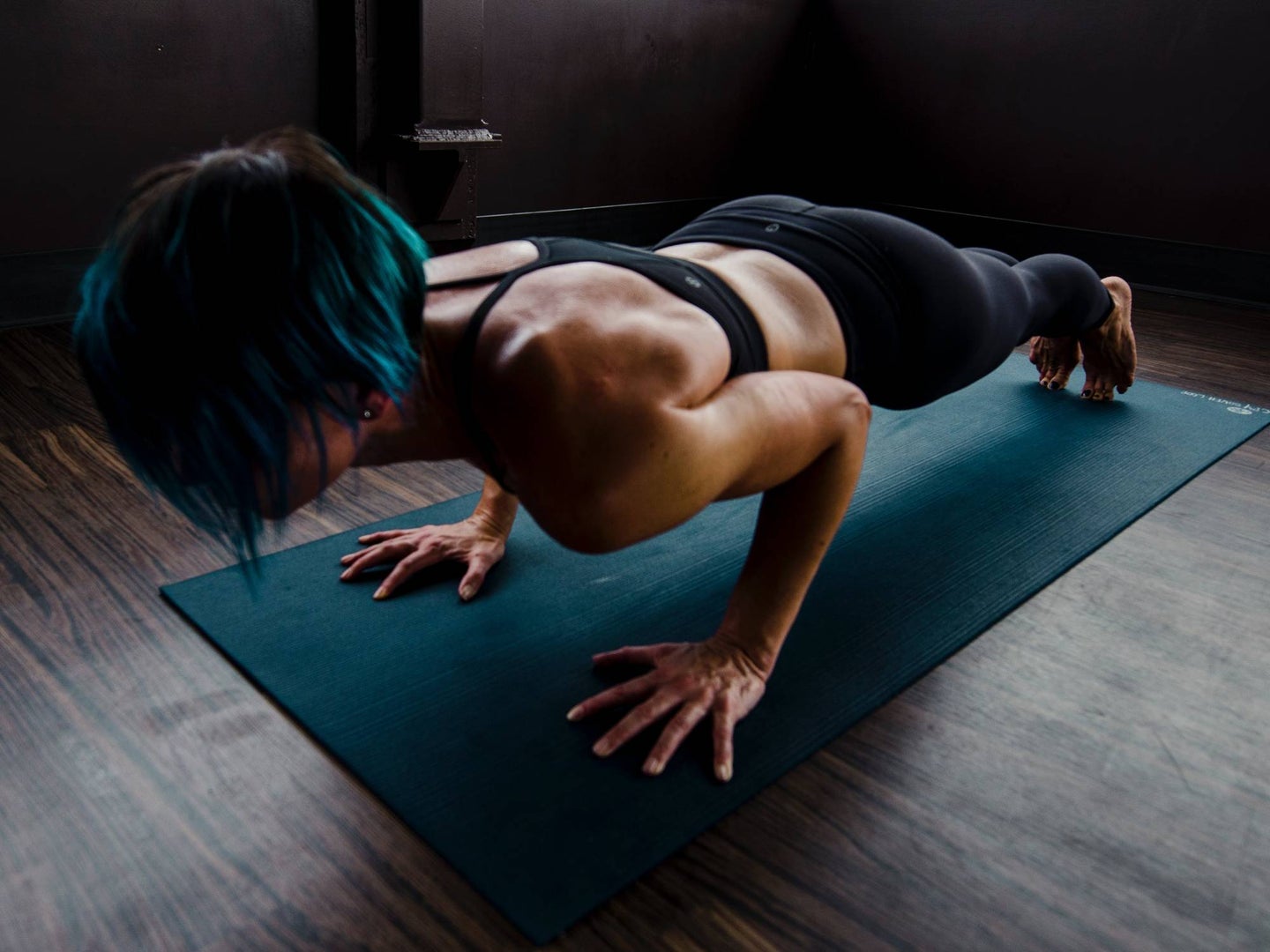 That sweat drop you feel rolling down your face during your planks, is the enemy. Karl Solano / Pexels
SHARE

Working out at home is the best alternative to going to the gym, but if you don’t happen to have a dedicated space for it, chances are your living room will start to smell. That sweaty stench is definitely a downside of doing your push-ups on that bouncy carpet of yours, but it’s also easily avoidable and manageable.

Why do we stink?

At least when it’s fresh, human sweat is odorless. The distinct smell only starts when bacteria living on our skin break down the proteins in it. This is why you rarely smell when you’re blasting through a workout but no one wants to be around you an hour later.

When you exercise, sweat doesn’t only accumulate on your skin, but it also flies everywhere—think about the fine mist you release every time you swing a kettlebell. When you workout at home, that means sweat settles into your upholstery, the carpet, and that one spot you never dust behind the TV. There, bacteria get busy breaking it down and, thus, the pong.

Stop the smells before they start

Your grandmother may have covered this one when you were young, but in case you need a reminder, keep in mind that an ounce of prevention is worth a pound of cure. In this case, the saying definitely applies, since it’s a lot harder to get the smell of sweat out of everything, than it is to stop things getting smelly in the first place.

The best way to guarantee your living room won’t stink is to avoid working out there. If the weather’s good and you have access to a garden or a park nearby, take your workout outside—grass doesn’t need a thorough de-stink after your air squats.

If that’s not possible, avoid working out on a carpet or rug, since it will literally soak up your sweat. If you have wooden floors, they won’t get stinky, but they might get scuffed or damaged. There are other drawbacks to this as well—doing burpees and other similar movements on a hard surface can hurt you, not to mention that accumulated sweat on wooden or ceramic floors pose a serious slip hazard. The best option to take care of your joints and your floors is a good yoga mat. They’re soft, grippy, and designed to be easy to wipe down after a sweaty session. Just make sure it’s fully dry before you roll it up again after your workout to avoid smells and bacteria.

Odor expert Marilee Nelson, co-founder of Branch Basics, suggests buying a cheap 20-inch x 20-inch box fan and a matching air filter. Tape the filter to the back of the fan and run it while you workout. Not only will you get a refreshing breeze to keep you cool and stop you sweating so much, but you’ll be filtering the sweat particles evaporating from your skin, and the odor from the air.

What we smell are the volatile compounds sweat-loving bacteria release into the air—and it doesn’t take a high concentration to detect them, since the human nose is surprisingly sensitive. But this also means there might not be that much odor to get rid of in the first place.

After a workout, Nelson recommends simply throwing open your windows and getting a breeze going through your living room. It might seem obvious, but it will clear out a lot of lingering odors.

Clean up after yourself

As well as letting nature do its thing, you should probably put in a bit of clean up effort yourself.

Having a spray bottle with 70% rubbing alcohol is a great, easy, and cheap solution. This is enough to kill the bacteria that cause the bad smells but you really should be careful when spraying it, because it might be too abrasive on more delicate surfaces, like wood. Nelson suggested using vodka, which only goes up to 50% alcohol. This will in fact be gentler on your furniture, but it won’t be as effective against bacteria, so a few passes may be necessary.

To use it, Nelson recommends gently misting any carpets or couches you’ve sweated on and leaving the alcohol to evaporate. If you’ve been working out a while and not deodorizing, it might take a few passes to totally get rid of the stink. Just make sure the alcohol is totally gone—it’s odorless when it evaporates, so you’ll know when you no longer can smell it—and then repeat.

Nelson also notes that, as well as furniture and decor, odors cling to dust, fluff, and other detritus, so a good vacuuming every few days goes a long way.

For your equipment, a quick scrub with soapy water removes any dirt or grime, and a spray of your rubbing alcohol spray will bust the remaining bacteria. It’s the protocol both Nelson and the CDC recommend.

Shower and do your laundry

It takes time for bacteria to multiply and release that horrendous sweat smell. So if after a workout you kick your feet up on the couch, and throw on Netflix for an hour or two, you’re just giving them time to breed.

Instead, make the habit of throwing your workout gear into a closed hamper and hop straight in the shower after you’re finished exercising. You’ll feel better, be back on your couch bingeing Selling Sunset before you know it, and you won’t be stinking up your pad. Just a win-win-win of a situation.