A story about plant children to brighten your day. 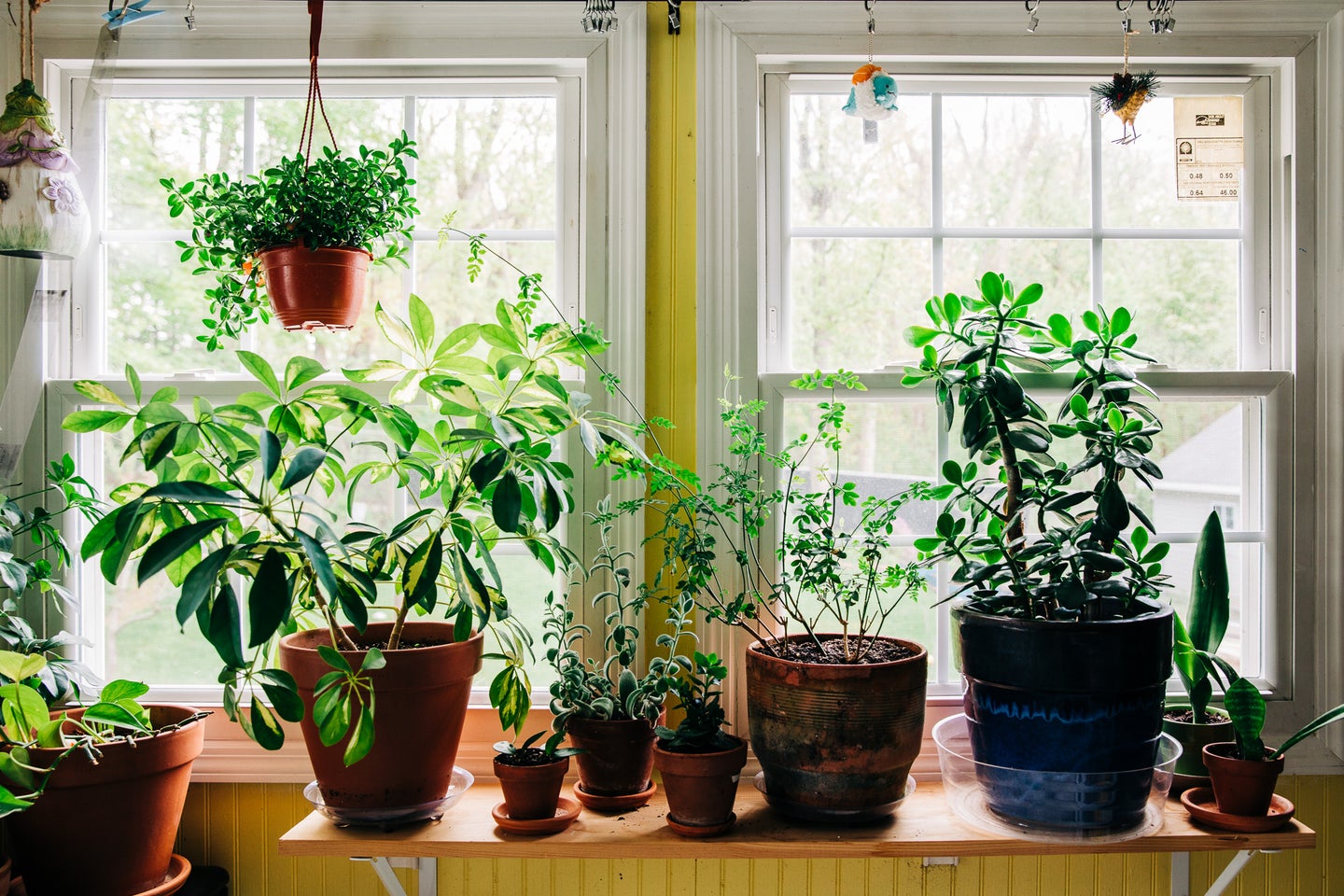 Readers around the world flooded our social media mentions with photos of their “plant children” when we asked them for shots of their plants last month. Their gardening skills and “plant shelfies” so impressed us that we just had to share some of our favorites.

Research has shown interacting with potted plants can make us feel less stressed, and some greenery can add character to a room or make a gray cubicle just a little less sterile. If you’re worried your thumb is more black than green, we’ve got a guide to hardy starter plants. For those a little more experienced, check out this story to make sure your plants are set up to thrive.

Popular Science tech editor Stan Horaczek kicked things off with a photo of some of the plants in his Albany, New York, home. His wife Sarah says more than 100 plants fill the house.

“I started collecting a few because of their air purifying benefits,” she says. “I think they’re adorable and have distinct personalities, so I often can’t say no to one that needs a home.”

Jordon Rahmil, a public relations director, enjoys an equally lush indoor garden within her “little jungalow” in Portland, Oregon. Rahmil, who calls herself a “plant geek,” says she takes advantage of any opportunity to share photos of her 90 or so houseplants.

“What started as a way to decorate my home turned into a passion for collecting rare and unusual plants,” she says. “I enjoy having a green space and I love my home even more because of it.”

Visual effects editor Steph Traut chimed in from the far side of the Atlantic Ocean with a photo of several plants basking in sunlight streaming through a window with a gorgeous view of Signal Hill, a geological landmark in Cape Town, South Africa.

“My roommate and I would buy more plants every month if we could afford it. We love having them in our home and do a little happy dance every time a new leaf unfolds,” Traut says. “I’m proud of their health, like Rafiki holding Simba over Pride Rock.”

Brigitte Walsh also shared something from across the Atlantic Ocean—a golden pothos (Epipremnum aureum) descended from a plant that arrived in the United States in 1907. Walsh lives in Arnold, Missouri, and her grandmother brought the potted plant with her from a town now known as Tomnatic, in what is now Romania. It’s unclear how much, if any, of the original plant remains, but it’s been in the family ever since, and Walsh got it in 2000. It shares a sun-bathed spot in her house with several “rescue” orchids.

“My husband brought them home from the grocery store when they were past their prime, not-so-pretty, and put on sale,” she says. “I enjoy caring for houseplants and love their beauty.”

Danielle Smith, a journalist in New York City, loves living in the Big Apple and finds keeping plants around her apartment keeps the dense, non-stop nature of Manhattan from weighing too heavily on her.

“I think we all know it can be a little bleak at times,” she says. “My plants, both at work and at home, help bring some cheer to that dreariness when it creeps in. It’s always very exciting to bring home a new plant and rewarding to care for it and watch it grow.”

She jokingly refers to her four work plants as her sons, and has named them all after major players in the Cold War. There’s Sergei the pothos, named for Soviet leader Nikita Sergeyevich Khrushchev. She calls the berry allusion plant Strange, after former U.S. Secretary of Defense Robert Strange McNamara. The Fittonia is Fitz, in honor of President John Fitzgerald Kennedy. And her prayer plant is Wildman, after American diplomat George Wildman Ball. (Full disclosure: Smith and I worked together for several years at a publication in New York City.)

Although some people can rattle off the scientific and common names of all their plants, Aimée Minard, who is working toward a master’s degree in information and learning technology at the University of Colorado, isn’t one of them. That doesn’t keep her from bringing more home.

“I’ve been collecting for a good 10 years and have mostly succulents and cacti,” she says. “I love to show off my collection of plant friends as often as possible.”

Attorney Alexandra Kolesnikova says each plant in her photo was a birthday present from family or friends. The daisies, for example, were a gift from her 17-year-old son, Andrew, this year. She says she’s happy the plants are doing well in their Moscow apartment.

“My plants are not perfect, but they are so sweet and [I] like watching them and talking to them after a long and busy day in the office,” Kolesnikova says.

“I love having a little bit of nature at home, especially because I live and work in the city. When I first purchased my lipstick plant, I had no idea it would bloom—I just instantly loved the curly leaves,” she says. “The bloom just makes it that much more special and adds a nice pop of color in my apartment.”

Northwestern University doctoral student Sadie Witkowski and her partner Daniel Regueira, a digital designer, raise plants for display and utility. Some, like their cayenne and Scotch bonnet peppers, will be used for cooking, but “mostly, we need plants to keep us cheery through the long Chicago winter months,” Witkowski says. Some of plants reside in repurposed cans, in part because Regueira decided to grow “a ton” of peppers to make hot sauce and they didn’t want to buy a bunch of pots, Witkowski says. (By the way, she says the sauce was delicious.)

The only upcycled can with any sentimental meaning was once full of a Cuban lager called Cristal, but now holds a succulent. Regueira’s parents were born in Cuba, and when he brought the empty can home with him from a trip to the Caribbean country, he wanted to find a way to display it.

“We found using it to hold the succulent clipping we made was the perfect fit,” Witkowski says. They’ve since planted a few other succulents in cans that once held beer brewed in the Windy City.

Popular Science editorial assistant Jessica Boddy, who once considered herself “a plant killer,” started her collection with a single pothos (Epipremnum aureum) that she got after learning that it’s hard to kill one. After building her confidence with so hearty a plant, she added a few generally considered beginner-level but still “cool-looking.”

“It’s so fun to have a little, mini indoor jungle, and rewarding and addicting to see them grow,” Boddy says of the plants in her New York City apartment. “The best part is checking in on them when I get up in the morning, seeing who needs water, and spritzing them with a little mist while I drink my coffee.”