How to make sure fall allergies don’t take you out

Avoid them. Fight them. Whatever you do, survive. 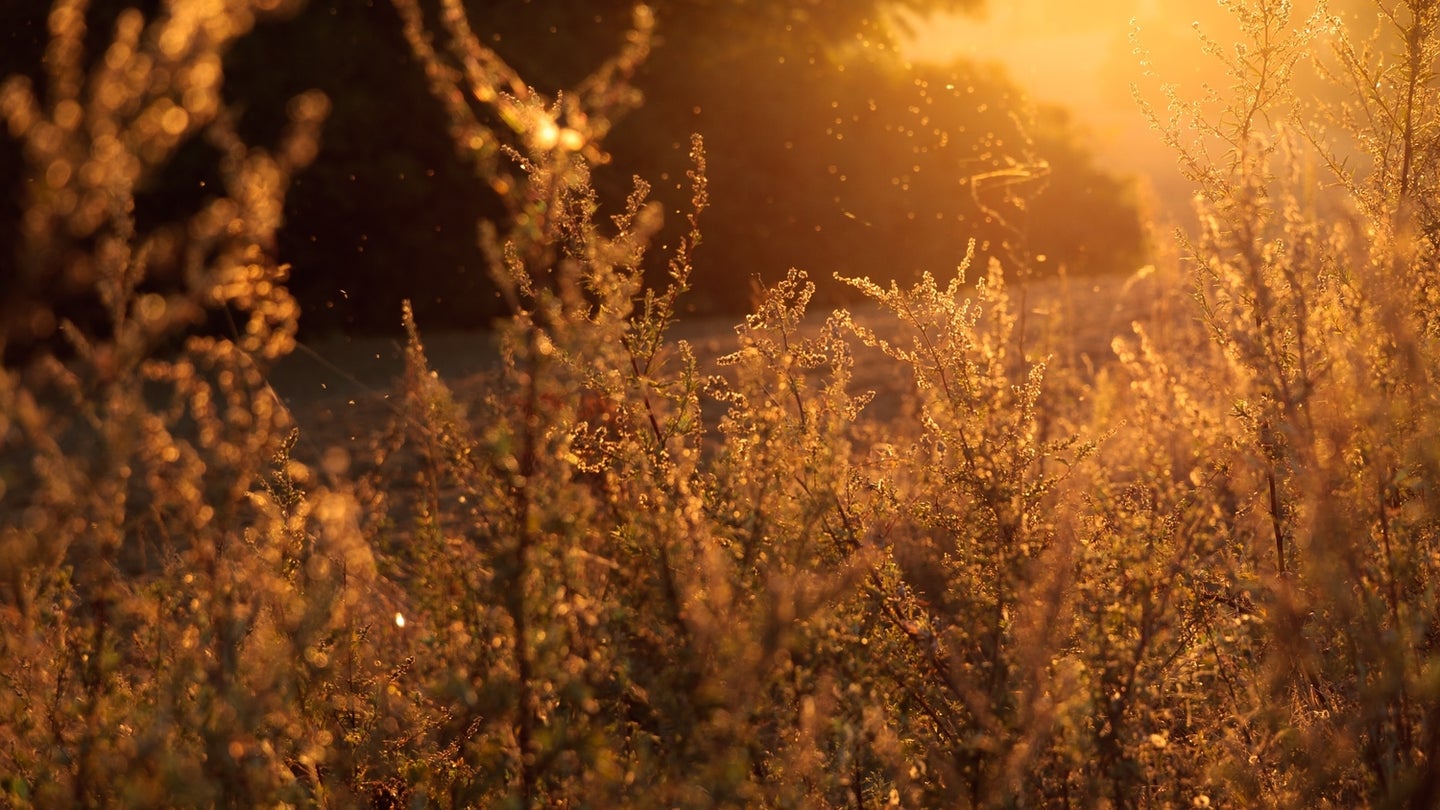 If you suffer from debilitating fall allergies, you probably start worrying about them as temperatures drop and the leaves change color. But that’s too late—the allergens that get your nose running and eyes itching begin to fill the air long before the end of September.

“Fall allergies begin in early August and continue until the first frost, which usually is in November,” says Dr. Satish Govindaraj, head of the rhinology division at The Mount Sinai Hospital in New York City.

That could mean three or four months of misery if you’re unprepared, so it’s important to know what’s behind this assault on your senses and how to keep yourself from sneezing your way to the holidays.

The obvious signs of allergies include congestion, a runny nose, sneezing, itchy or watery eyes, a cough, wheezing, chest tightness, a headache, a scratchy throat, and itchy skin.

But it could go beyond just feeling sick and stuffy.

Fall allergies are mostly caused by weed pollen, and ragweed is the biggest culprit, especially on the East Coast and in the Midwest, Govindaraj says. With 17 species spread across the United States and the ability to produce up to 1 billion grains of pollen from a single plant, it’s clear that this member of the aster family can spread a lot of discomfort.

“Ragweed season begins with the hot, humid days, and cool nights, especially when there is excess rain,” Govindaraj says. It peaks in mid-September and ends with the first frost.

All that pollen is lightweight and floats easily through the air, getting into the eyes, noses, and airways of people with allergies. “Pollen can travel 50 miles, which means that even those who don’t see weeds in their area might be affected by neighboring areas,” says Dr. Payel Gupta, an allergist and immunologist at ENT & Allergy Associates in New York City.

But ragweed isn’t the only cause. Mold—a type of fungus—can cause allergy symptoms in the fall for people living in colder states because mold spore production can peak in October.

Residents of the southern U.S. and the West Coast, however, may experience mold allergies year-round, Gupta says.

“Molds can be found almost everywhere, including in soil, plants, and rotting wood,” she says.

We’re looking at you, fallen leaves.

All that might seem like a lot to handle, but there are a number of ways to prevent fall allergies from taking over your life.

Over-the-counter medications. Your local drugstore likely has oral antihistamines, nasal steroid sprays, topical antihistamines, oral and nasal decongestants, and saline for nasal irrigation. And if your asthma is contributing to your allergies, you can use oral steroids such as prednisone, Govindaraj says.

Shower after being outside. Your hair is a pollen magnet, so washing it right after going outside will get rid of any allergens clinging to your precious locks. And don’t forget to change and wash any clothes that have been outside and exposed to pollen.

Wash your pet. Similarly, if you let your pets wander outside, their fur will pick up pollen. Regularly bathing and brushing your pets, especially if they spend a lot of time outdoors, will prevent those allergens from coming inside, Govindaraj says.

Wear sunglasses. It’s simple, but it will protect your eyes from pollen exposure.

Stay inside. Schedule indoor activities when pollen counts are highest—usually between 5 a.m. and 10 a.m., Gupta says.

Keep your windows and doors closed. That cool breeze floating through your home is probably carrying pollen.

Use your dryer. If you like to line-dry your clothes, you could be making your allergies worse by letting pollen collect on the fabric, Gupta says.

Check pollen counts. There are multiple sites and organizations that let you check pollen counts in your area. These include Pollen.com, the American Academy of Allergy, Asthma & Immunology, and The Weather Channel. Or try downloading a pollen count app.

Get a prescription. There is one U.S. Food and Drug Administration-approved prescription pill for ragweed allergies called Ragwitek. For it to work effectively, users must begin taking it 12 weeks before the start of ragweed season, Gupta says.

Try allergy shots. If you’re someone who experiences severe allergy symptoms, especially those that don’t get any better as you take medicine and do your best to avoid allergens, you should consider an allergy shot once a month for a few years, Govindaraj says.

Keep these in mind every year, and even if you don’t live in one of the 10 most challenging U.S. cities for allergy sufferers (McAllen, Texas, and Louisville, Kentucky, topped the Asthma and Allergy Foundation of America’s list in 2018), you should find yourself enjoying autumn a bit more.