How to temper chocolate—even in hot weather 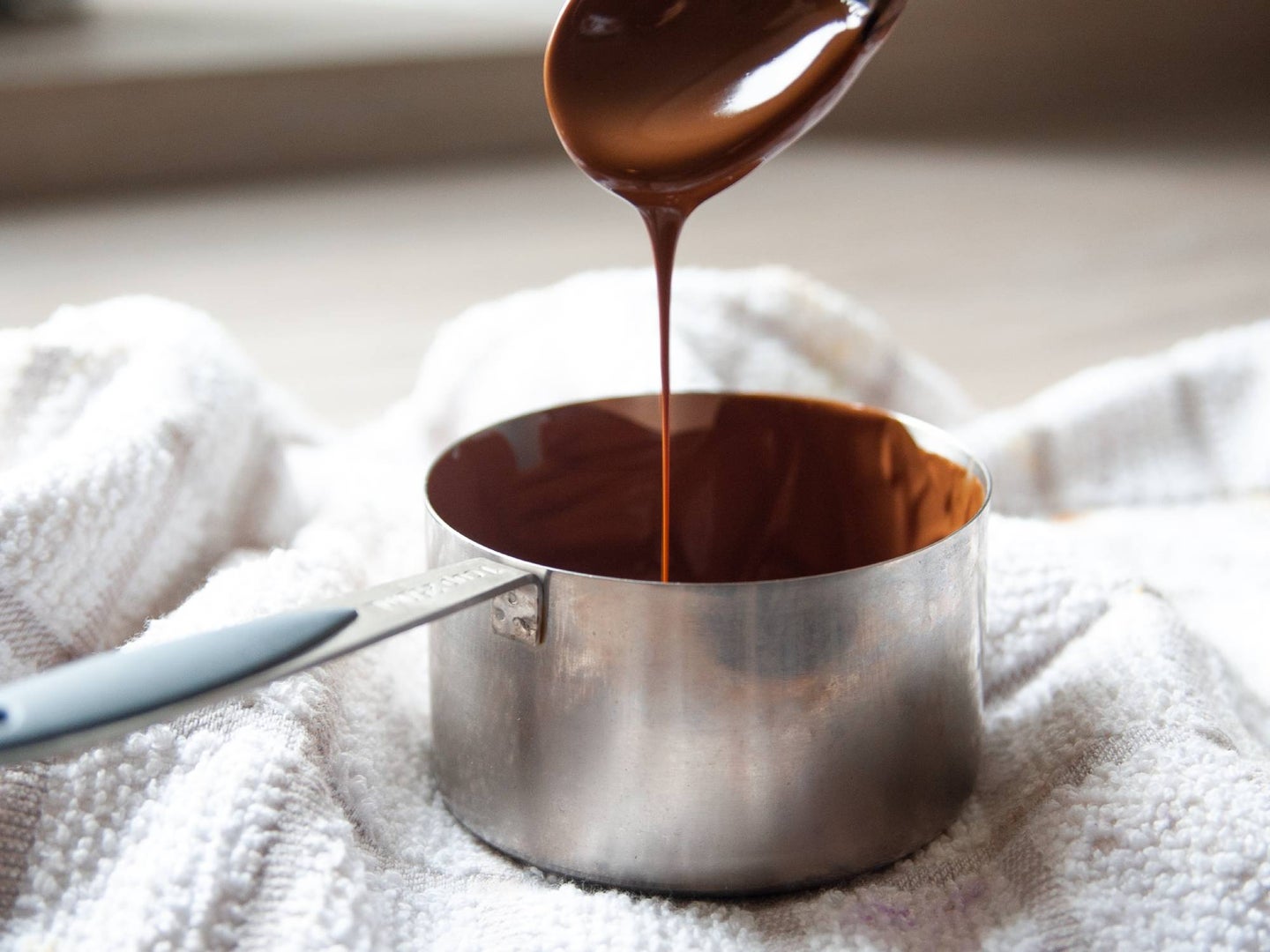 You don’t need to be a professional chocolatier to make beautiful tempered chocolate. Achieving its signature shiny, crisp finish may take a few attempts to master, but some common kitchen tools and a little patience can go a long way. Before you know it, you’ll be making confections worthy of a high-end candy counter.

But if you’ve ever tried to make these treats from scratch, you’ve probably noticed that the end result just isn’t quite as sophisticated-looking as the store-bought equivalent—the color is dull or cloudy, and the texture remains soft at room temperature. That’s because the professionals use a technique called tempering, a process of precise heating and cooling that produces a beautifully dark, glistening finish.

[Related: Naturally pink chocolate is finally here. But how is it made?]

Tempered chocolate is about more than looks—it stays solid at room temperature so it doesn’t need refrigeration, and it’s tougher than candy you melt and recool without precision. This makes it a top-notch exterior coating for truffles, cakes, and other sweets with delicate textures.

While hot weather can still melt tempered chocolate over time, its stability can be a lifesaver for summertime treats.

How to temper chocolate

1. Chop up the chocolate. Use a large serrated knife. Set one third of the chopped chocolate aside.

2. Melt the chocolate on low heat. You can do this in a microwave, a bowl placed over a pot of simmering water, or a double boiler. Stirring constantly is key, as it’ll prevent the chocolate from burning as it heats up, or solidifying as it cools down.

3. Very carefully, heat your melted chocolate to 115 degrees Fahrenheit while stirring constantly. A couple degrees above or below this temperature is okay, but don’t let it exceed 120 degrees.

4. Remove the chocolate from the heat and stir in the unmelted chocolate you put aside earlier.

5. Stir and monitor the chocolate until it reaches 84 degrees. This could take as long as 15 minutes. Be patient and don’t stop stirring.

6. (Optional) Dunk the bottom of your melting vessel into lukewarm water. If warm weather is giving you trouble lowering the melted chocolate’s temperature, this will speed up the process. Just make sure no water comes in contact with the chocolate itself.

7. Heat the chocolate again. Use low heat and monitor its temperature carefully. When it reaches 88 degrees, remove it from the heat source. Your melted chocolate is now ready to pipe, dip, spread, and mold.

If your end result doesn’t come out as planned, don’t fret—you can always re-melt it and restart the tempering process. And even if you aren’t satisfied with its appearance, poorly tempered chocolate still tastes great. This process is about adjusting the chocolate’s appearance and heat resilience, and doesn’t compromise the flavor at all.

So, what is “tempering” anyway?

Tempering is the process of using heat to break down the cocoa butter crystals in chocolate and then allowing only the strongest and most stable ones to re-form.

[Related: Cacao growers are bugging out about our chocolate supply]

The cocoa butter in chocolate exists in several different types of crystals, which break apart at different temperatures. Tempering starts by thoroughly melting the chocolate to break up all the crystals and then cooling the mixture just enough to let only the strongest ones form again. When they do, they take a shape similar to a tuning fork.

“They have these big long sticks coming off of them, and they can pack in different ways. How they pack dictates how stable they are,” Polowsky says.

As mentioned above, continuously stirring the chocolate as it cools is key, because this keeps it in a melted state while the cocoa butter does its thing. As strong crystals form, they link together in long chains, giving the finished chocolate a sturdy structure and its signature crunch.

You can save some time and encourage the formation of these crystal chains using a process called seeding. In this technique, adding solid tempered chocolate to the melted mixture provides a starting point for other crystals to latch onto, much like how striking a super-chilled bottle of water causes ice to propagate throughout it.

Once your melted chocolate has cooled enough to allow crystals to form again without solidifying, reheating it breaks down any weaker crystals that may have formed during the cooling process.

The precise temperature to aim for will depend on the type of chocolate you use and its fat content: dark chocolate tempers at a slightly higher temperature than chocolates with higher fat content, like milk and white chocolate. However, the premise will remain the same: heat the chocolate above the ideal temperature for strong crystal formation, then cool it to below that temperature, and finally even it out by re-warming it slightly.

While you may have seen videos of expert chocolatiers pushing melted chocolate around on a huge marble slab in an ice-cold room, the tempering process actually doesn’t require a chilly environment to work properly. A hot kitchen is a perfectly fine place to temper chocolate as long as you take the proper steps to ensure the candy is reaching the right temperatures.

“You need really precise temperature control to do proper tempering,” Polowsky says. “If you’re able to control and monitor the temperature accurately, then the environment you’re in doesn’t really matter.”