How to make creamy, authentic-tasting gelato at home

Use math and chemistry to make a magical dairy treat. 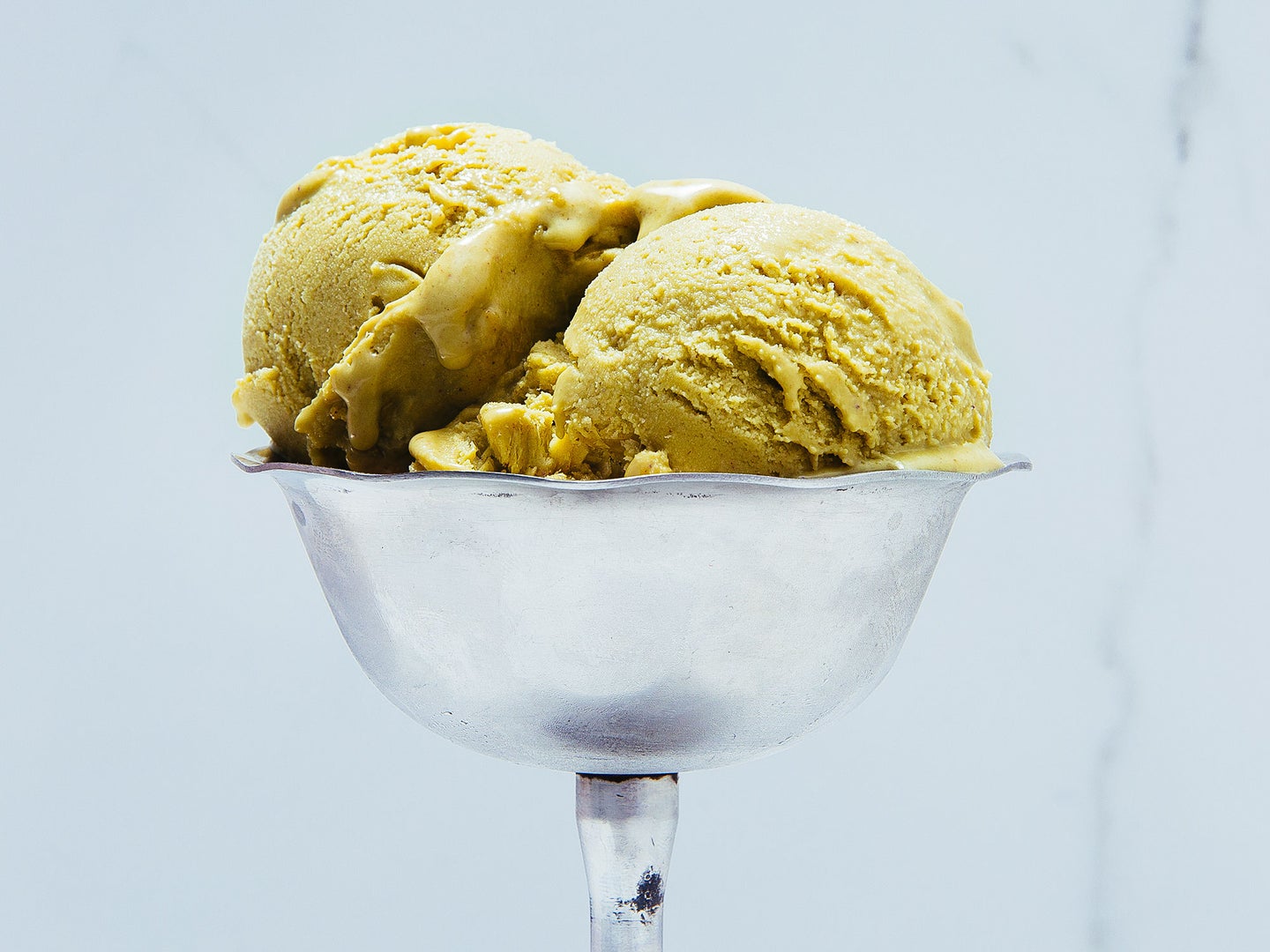 Gelato is a totem.

Yes, it’s a dessert, but at this point in the collective American unconscious, it’s also an idea. An aspiration. Gelato is the sophisticated European answer to everything crassly American. More pure. More worldly, yet too good for this world. Gelato is everywhere now, but the mystique remains. The idea of the perfect gelato experience still feels rare. And actually making it? Unattainable.

I admit to being a perpetrator of this magical thinking. Despite owning three ice cream machines and spending my Friday nights churning up new flavors on a whim. I’ve made soft serve. Sorbet. Frozen yogurt. Midwestern custard. But gelato’s always seemed out of reach.

Truth is, this has more to do with the Italian delight in yelling at other people for screwing up their food—see: Entire Town Mad at a Chef for Putting Garlic in His Pasta Sauce—than any innate difficulty making gelato. Gelato is just the Italian word for ice cream, and if you can make boxed brownie mix, you can make ice cream.

The key to making great gelato? Knowing what it is and how to overcome its limitations.

What’s the difference between gelato and ice cream?

In broad strokes, we all know that gelato is denser and richer than American ice cream. Its flavor is intense and it forms swirly folds rather than pert round scoops. But what does that really mean, and how does it happen? There are three big factors at work:

American ice cream has way more butterfat—that is, fat from cream and milk—than gelato. Legally speaking, the FDA requires ice cream to be at least 10 percent by weight to be labeled as ice cream. Super premium ice cream brands climb as high as 16 percent, and home recipes—which rely on less efficient machines that require more texture insurance—can climb above 20 percent. By comparison, Italian law requires gelato contain a mere 3.5 percent butterfat. It can go higher than that, but doesn’t need to.

Cold fat tastes like pretty much … nothing. It coats and dulls the tongue, impeding the sensation of flavor. Since gelato’s so light in fat, it tastes more intense. The flavor hits you first, not the dairy.

Butterfat also affects texture; the more butterfat an ice cream mix contains, the more air it’s able to absorb during churning, which translates into a billowy scoop that holds its shape and, paradoxically, registers in the mouth as super light. (Consider the light-as-air texture of whipped cream compared to the coarser froth on a carton of shaken milk.)

Since gelato’s so light in fat, it doesn’t suck in much air during the churning process. American ice cream can double in volume during churning, ballooning up with air. Gelato’s overrun, in ice cream speak, is much lower, resulting in an ice cream that feels more dense and rich—because it is. But since that richness is less dependent on fat, gelato melts fast and clean on the tongue.

When you order a scoop from an ice cream shop, it’s likely sitting in a service freezer that hovers around 0 to -10 degrees Fahrenheit, the temperature at which hard-pack American ice cream is scoopable but keeps its shape.

Gelato’s served much warmer—a good 10 to 20 degrees—which helps keep it soft and dreamy despite its lower butterfat. Cold also dulls the tongue, and gelato’s warmer serving temperature makes its flavor that much more immediate and aromatic.

The result? A scoop that’s potent and pure-tasting and dense but not heavy.

Once you understand the basic principles, the rest is just plugging in numbers. Where most home ice cream recipes call for a high proportion of cream to milk, my pistachio gelato recipe uses a 2:1 ratio of whole milk to cream. And to compensate for the lower fat content, I throw in some egg yolks and a fair amount of sugar to help keep ice crystals at bay.

If you’re a particular kind of ice cream nerd, you might read that above paragraph, dart over to the recipe, plug it into this butterfat calculator, then come back here and ask, What gives? That’s a recipe with 10 percent butterfat! And you’re using so many egg yolks. How dare you call this gelato?

Remember what I said at the beginning of this long story, how gelato’s just the Italian word for ice cream? Well, just as American ice cream comes in all shapes and styles, so does gelato. The broad differences hold, but if you drive your way across Italy eating ice cream (not a bad idea), you’ll notice that the gelato changes from place to place.

In Sicily, what some consider to be the empire of ice cream, gelato tends toward milk to the extreme, often eschewing cream entirely, and it often excludes egg yolks altogether, thickening the base with cornstarch instead. But if you head up north, where dairy cows roam all over and there’s a lot of cream floating around, guess what? The gelato gets creamier. More eggs may enter the picture.

Because, of course, gelato is a many-splendored thing. Just as there’s no one Authentic Italian Pasta to Rule Them All, there’s no one way to make gelato. Hell, Meredith Kurtzman, one of the greatest gelato makers in the world, makes a ridiculously delicious olive oil gelato with a whopping 10 egg yolks per batch. And if eggs and cream are okay with Meredith, they’re good enough for the rest of us.

You can use this pistachio base, minus the pistachio, as a template for all your gelato flavors. Will it bring to mind that perfect spoonful you can’t forget on that sun-dappled day you strolled down the cobblestoned streets of Milan as a gorgeous Italian winked at you? That’s between you and your god. But will it be sitting in your freezer come 3 a.m. when you’re in need of a middle-of-the-night spoonful of cold, creamy comfort on a swampy summer night?

You better believe it.

Don’t skimp on ingredients. A cliché, but true here. Gelato’s low butterfat leaves no place for subpar stuff. In the case of pistachio, buy the best pistachio paste you can afford. Agrimontana from Sicily is my favorite.

Let it thaw. If your freezer runs cold, your gelato will be hard to scoop after hardening. Thaw it in the fridge for 10 to 15 minutes before serving until it loosens up.

Eat it fast. Gelato isn’t meant to last, and one of the reasons Italian gelato tastes so good is because it’s fresh. Extended time in home freezers causes the ice cream to melt and refreeze, forming crunchy ice crystals. Eat yours within two days of churning, but ideally the day it’s made. If you have leftovers stored for longer, you’re better off melting the gelato down entirely and churning it again.