Here’s how to fix the latest Android Messages bug

Try this before a full-on factory reset. 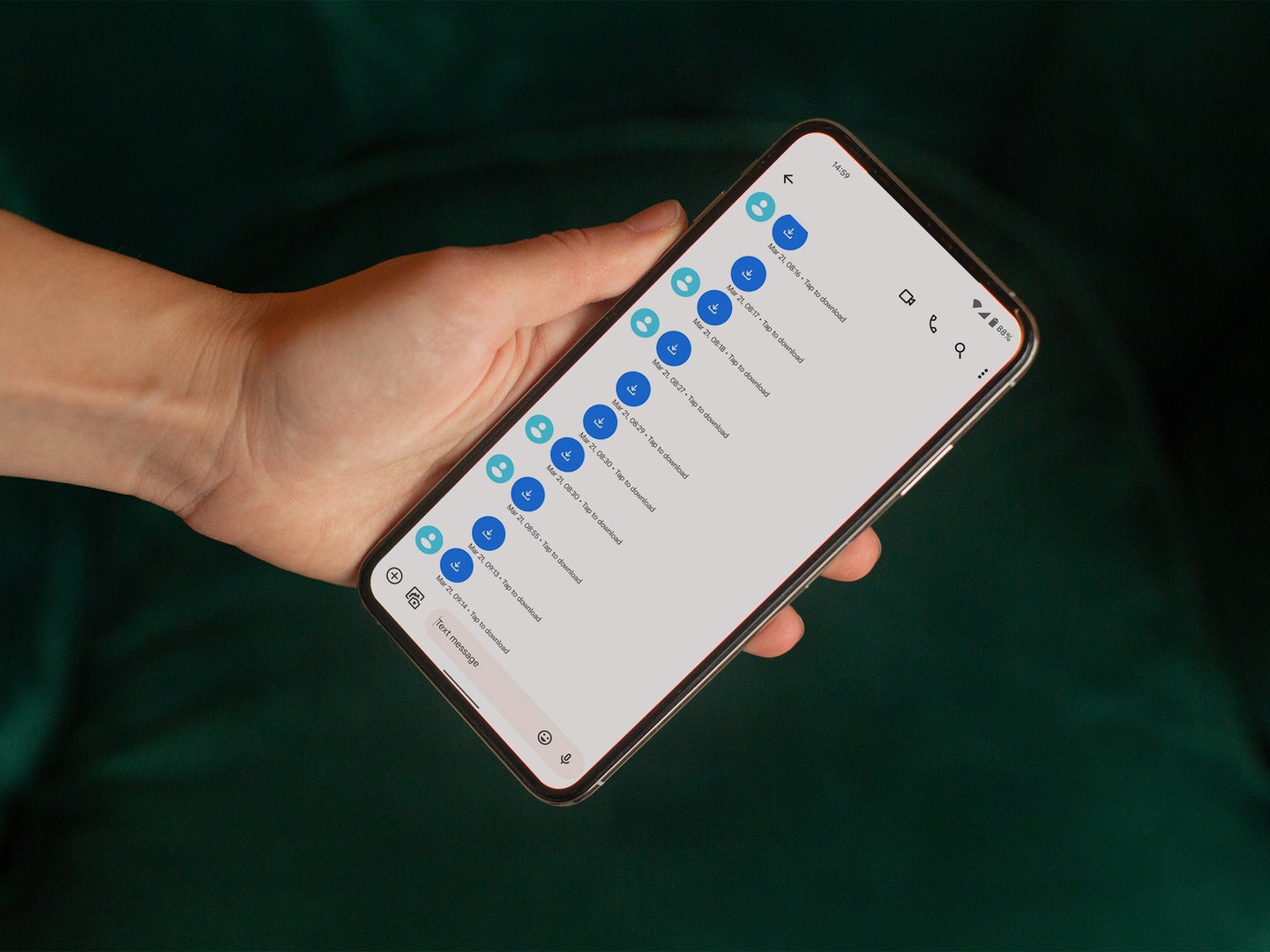 Android 12’s March 5 update arrived with a bit more than just security fixes. Unfortunately, the software patch also came with a bug that resulted in several reports of users not being able to receive multimedia messages (MMS).

This sounds inconsequential, but the bug has prevented people not only from sending and receiving images and videos but also from participating in group chats entirely.

At the time of writing, Google has neither addressed the issue directly nor released a patch to fix the problem, though users in specialized forums say this should happen soon. Without the help of the company, people have had to find solutions themselves.

Why is this bug so annoying

The fact that Android and iOS don’t get along when it comes to messaging is well known by anyone who texts with people walking on the opposite side of the OS street. This is because Apple refuses to adopt rich communications services (RCS), a universal text messaging protocol that supports end-to-end encryption, and instead uses its own iMessage protocol, which is incompatible with Android. The company insists iMessage is safer, but some believe it’s a peer pressure-fueled strategy to sell more devices. Whatever the reason, the only losers in this battle are users, who are forced to communicate between the two operating systems using the much less secure and archaic SMS and MMS protocols.

When it comes to group texts, it only takes one person with a different device to move the entire conversation to MMS. This is why people affected by the Android bug can’t send or receive messages in a lot of their group chats—even if the messages contained nothing but written words. Instead, they see an ever-loading icon on the message thread, which ends with a notification from the Messages app a few minutes later saying the platform was unable to download the message.

Because Pixel phones run what is known as stock Android—meaning a version of the operating system untouched by manufacturers such as Huawei or OnePlus—users of Google’s flagship devices get updates first and have been the most affected by this bug. Still, users wielding Samsung and Sony phones have also been experiencing problems.

How to fix Android’s Messages bug

It is unclear exactly what the latest Android update does to the MMS settings, but users have found that it’s something related to access point names (APN), the gateways between your mobile network and the internet. Most users reporting this problem have devices working on the AT&T network, but you can encounter this problem even if you don’t have a plan directly with AT&T. There are other carriers, also known as mobile virtual network operators, like Net10, StraightTalk, and Tracfone, that lease their side of the spectrum to AT&T, so they technically operate on the company’s network.

Before you go ahead and wipe your phone’s network settings or do a full-on factory reset to your device—which, in my case, didn’t do anything—try resetting the APN settings to their default. To do that, open Settings, go to Network & Internet, and then SIMs. There, scroll all the way down and tap on Access Point Names. On the top right, open the kebab menu (three dots in the upper right corner of the screen) and tap Reset to Default. And that is it—the changes should immediately resolve the issue. But if you keep having problems, try restarting your phone to make sure the new APN settings are actually working.

If that doesn’t do it, you can manually input a specific APN configuration, which has worked for some users, including me. To do this, tap the plus sign in the upper right corner of the screen to open an Edit access point menu. Then copy the settings. When you’re done, tap the three-dot menu again and tap Save. Back on the APN menu, select the new APN profile you created and restart your device for the changes to take hold.

If none of this works for you, you may still need to try that factory reset, but you might want to wait until Google releases a fix for the bug, if at all possible. There are few things worse than wiping your phone for no reason mere hours before a quick fix appears.