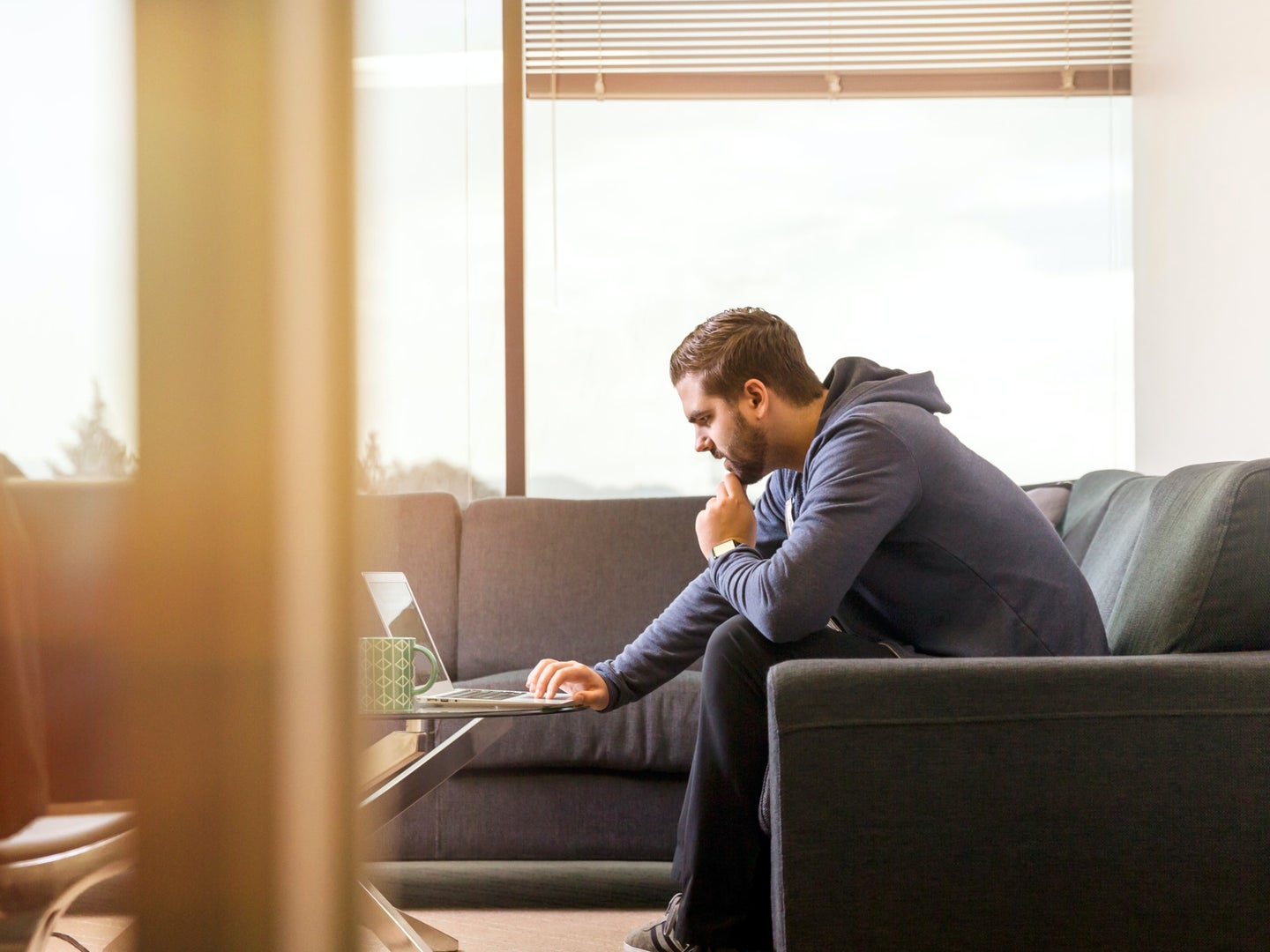 With this guide in hand, you should be able to solve a variety of problems. LinkedIn Sales Navigator/Unsplash
SHARE

Many of us are so reliant on our computers that it’s a serious problem when something goes wrong—akin to the power going out or the water getting cut off. Of course you want to get your system back up and running as quickly as you can, but that’s often easier said than done. It’s no exaggeration to say an almost limitless number of things can go wrong with a computer, because everyone’s system and settings are different. It can seem almost impossible knowing where to begin when it comes to troubleshooting your way back to a working machine.

That said, you’d be surprised by just how many issues have the same simple root cause. Before you get professional help—which we’d still advise in a lot of cases—run through these simple measures to see if you can get the problem fixed yourself.

It’s obvious, but it’s effective: Fire up your virus-scanning software, launch the deepest and most thorough scan available, and leave it to do its work. Note that the most comprehensive type of scan (which looks at the most files and takes the longest time to complete) may not be the scan that your computer is set to run by default, so check the program settings to see what’s available. You’ll also want to make sure your scanner is up to date first, so it can catch the most recent wave of bad code.

Antivirus scanners can sometimes miss threats or be disabled by them, so it’s worth getting a second opinion. A lot of antivirus developers make lightweight, on-demand scanners you can install alongside your main security software as a second layer of protection—applications like Kaspersky Security Scan for Windows or macOS, or Microsoft Safety Scanner for Windows, or Emsisoft Emergency Kit for Windows.

You’ll find more antivirus programs around for Windows because it has a history of being attacked by the greater proportion of malware. While macOS is quite comprehensively locked down, especially if you stick to the Mac App Store for your applications, you can never be 100 percent sure you’re safe, so it’s always worth having an antivirus program or two on hand to troubleshoot system problems.

All kinds of computer crashes and slowdowns can be caused by viruses and other malware. It’s worth running a scan if your system has become sluggish, is suddenly behaving strangely, or seems overrun with advertising. If threats are found, your antivirus program will know how to combat them; if you get a clean bill of health, you can try some other troubleshooting options to fix whatever issue you’re having.

Many computer problems are caused by outdated and un-patched software, from outbreaks of ransomware to glitchy keyboards that refuse to spit out the correct letters when you tap them. Fortunately, many updates now occur automatically, because they’re so important—which is why your computer might suddenly reboot when you weren’t expecting it to.

Focus on your operating system first. On Windows you can look for updates by opening Settings, then clicking Update & security; on macOS, launch the App Store from the dock or the Applications screen in Finder, then switch to the Updates tab. Make sure you apply any updates that are pending.

It’s important to check for updates to your other applications, including your web browser and your antivirus program, even if you’ve set them to update automatically. The update feature should be fairly prominent in any app, but consult the built-in help options if you get stuck.

After applying all the updates you can find, your issues might be fixed. If they are, maintain this process as a way to prevent future problems in addition to fixing existing ones. Make sure as many of your installed applications are updating themselves automatically in the background, and you should run into fewer computer issues as a result.

3. Cut down on the bloat

You might think that leaving older, unused programs on your hard drive is pretty harmless, but as more and more applications mount up, your operating system has to work harder and the files on your computer get broken up more often and spread out further as your computer tries to save them—something known as fragmentation. As a result, the amount of free storage space can quickly become limited.

If you’ve noticed your computer is running more slowly, crashing at odd times, or showing some other kind of buggy behavior, it might be that it’s simply creaking under the weight of all the software you’ve got installed. You can uninstall applications you no longer need from the Apps section of Settings in Windows, or by dragging the app shortcut into the trash on macOS. Some macOS apps can be removed from the Launchpad by clicking and holding on an icon until it shakes, then clicking the X icon

The same goes for your browser—having too many extensions and add-ons can lead to a serious slowdown or some erratic behavior, so limit your extensions to the ones you actually need and use. In Google Chrome, click the three dots in the top right, and go to More Tools, then Extensions; in Firefox choose Add-ons from the main app menu; and in Microsoft Edge, choose Extensions from the main app menu.

If your computer is running low on disk space, it can lead to a number of problems, including occasional crashes and slow performance. Once you’ve removed unneeded apps, try removing unneeded files too, like movies you’ve already watched or duplicate photos you’ve got safely backed up somewhere else. Generally speaking, the less bloated your system, the fewer problems you’ll run into.

This troubleshooting technique only applies to internet-related problems—one very specific category of issue. The key to getting your internet up and running again is to work out where the problem lies, and the detective work isn’t as difficult as you might think.

If you can, plug your laptop or desktop computer straight into your router with an Ethernet cable. If you still don’t get internet and nothing connected to Wi-Fi is getting internet (like phones and tablets), then the problem may lie with your router hardware or your internet service provider. If that’s the case, your best option is to get on the phone with the company and ask for assistance.

If some devices can get online and others can’t, that points to problems with those specific devices. We can’t cover every conceivable issue here, but rebooting those gadgets, updating the software installed on them, and switching Wi-Fi off and back on again to establish the connection from scratch are good first steps.

If your computer can get online when plugged directly into the router but not when it’s browsing over Wi-Fi, you might be looking at a problem with your Wi-Fi network. We’ve written before about getting the strongest possible signal around your house, but if that doesn’t get you anywhere, reboot your router and dive into its on-board settings—a quick web search based on the router’s make and model should surface some information about troubleshooting tricks you can try.

Reinstalling Windows or macOS and starting from scratch is a more extreme version of the “cut down on the bloat” solution we mentioned above. It wipes out troublesome programs, erases many viruses and types of malware, resets your internet connection settings and generally gives you a blank slate. You’ll want to make sure that you have all your data backed up before starting the reinstallation process.

What makes this worth trying is that Microsoft and Apple have made reinstalling their operating systems so straightforward. On Windows, you can head to Update & Security from Settings, then choose Recovery, and select Get started under Reset this PC (more here), whereas on macOS your process will vary depending on whether your computer uses Apple silicon or an Intel processor. For the few new models with silicon, turn on your device and continue to hold the power button until the startup options window appears. Choose Option, then hit Continue. If you have an Intel processor, turn on your Mac and continue to hold Cmd+R to launch the Utilities program (more here). Then follow the installer’s instructions.

By setting your system back to square one, you’re theoretically wiping away whatever was causing the issue you’re having, though there’s no guarantee it’ll work. You’ll also need to consider the hassle of getting all your applications and files back on the system afterwards, so it’s not the right choice for everyone in every situation. In our experience though, we’ve found it to be an effective fix for a lot of computer ills.

We can’t promise that these five tips will solve every problem you’re having but they will at least enable you to rule out some basic possibilities as far as root causes go. We’re also not trying to diminish the importance of your local PC repair shop—and that should be your next port of call if your computer’s still struggling at the end of this guide.