How To Grow Your Own Photo 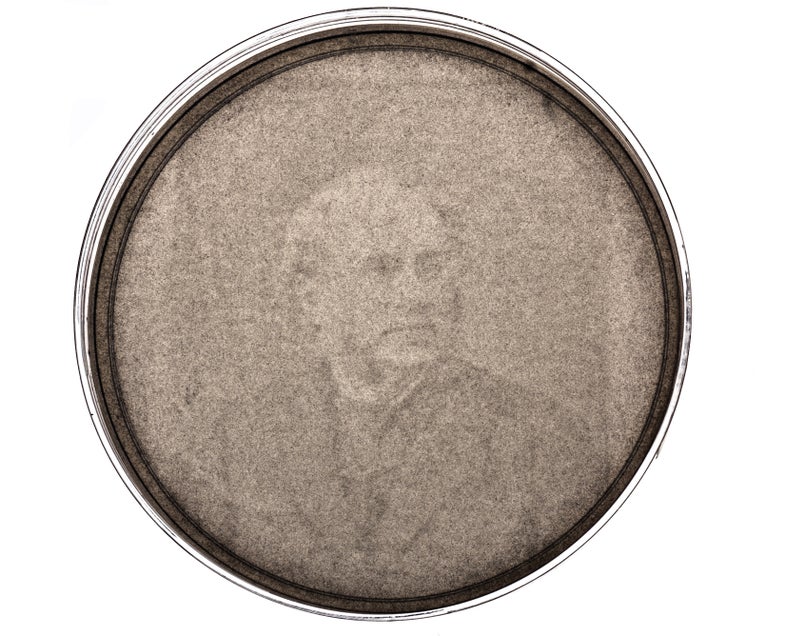 Microbes aren’t known for their artistic merit, but that hasn’t stopped scientists from using bacteria to find their inner Ansel Adams. Bioengineer Chris Voigt and his team at the Massachusetts Institute of Technology have hacked a harmless strain of Escherichia coli so that it produces black pigment in darkness or, in red light, remains transparent. The result: an organism that behaves like film.

In their basic setup, red light shines through a printed transparency that’s taped to the bottom of an agar-filled petri dish. Only bacteria growing in the transparency’s shadows produce pigment. Voigt and his team borrowed two proteins from blue green algae to give E. coli this new ability. The proteins detect red light and turn off a gene that makes black pigment.

Jeff Tabor, a bioengineer at Rice University who collaborates with Voigt, is now engineering light-sensitive strains of E. coli to produce red and green pigments. If anyone can coax these bacteria to produce blue pigment, he says, the world could see its first bacterial pixel—the foundation of microbial television screens.

1. Melt 15 milliliters of agar mixture in a microwave (about one minute on high)in the smaller container. Let cool until warm to the touch.
2. Add the bacteria and antibiotics (if you have them). Mix vigorously, but do not create bubbles.
3. Pour the mixture into a petri dish and quickly cover with a lid. Let it cool until solid, about 20 minutes.
4. Remove the lid, cover the petri dish with plastic wrap, and cut three narrow slits in the plastic.
5. Tape the transparency to the bottom of the petri dish, flip it over, and shine red light down onto the transparency for one to three days. (Make sure the light doesn’t melt the agar, as this will kill the bacteria.)
6. Admire your work. The petri-dish photograph can last for several years in a refrigerator.

1. Proteins on the bacteria’s surface work together to detect red light. When light is present, the proteins prevent unique signaling molecules from forming within the cells.
2. These signaling molecules normally latch onto DNA inside the bacteria, then turn on a gene
that produces the enzyme beta-galactosidase.
3. The enzyme converts an agar additive called S-gal into dark pigment. Without signaling molecules, no pigment forms—so E. coli in darkness turn black and lit-up cells stay clear.

Editor’s note: To create this strain–aka RU1012/pPLPCB(A)/pCph8–we recommend reaching out to a local biohackerspace for help. DIY Bio has a constantly updated list of them at: diybio.org/local A biohackerspace could even help you develop your own strain of photographic bacteria after reading this journal article: dx.doi.org/10.1038/nature04405