Speed up your phone with ‘lite’ versions of apps

Five apps that ditch the bloat. 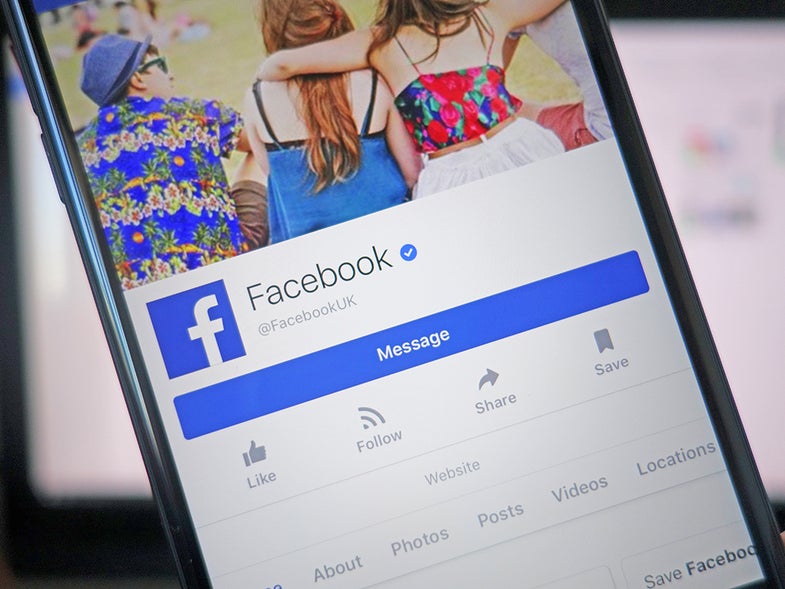 Large, bloated apps can weigh down your smartphone, forcing you to wait for menus to load and conversations to appear. The solution: Replace your favorite apps with lightweight versions.

Companies develop “lite” editions of their apps for use in developing countries, where data connections aren’t as strong and devices run more slowly. However, with a little hacking, anyone can install a lite app. While you may miss out on certain features—the stripped-down version of Facebook Messenger, for example, has no video calling—you’ll gain a faster, smoother user experience.

Unfortunately, lite apps only work on Android devices, so iOS devotees are out of luck. If your iPhone is agonizingly slow, you can try replacing bulky apps with the mobile websites for these services. (We explain how to do this in the last entry on this list.)

Read on for instructions on installing lite apps, and a list of five stripped-down programs to try.

How to install the apps

In some cases, you’ll be able to install these apps as usual, directly from Google Play. However, certain lite versions won’t be available outside of the countries, such as India, for which they’re intended. To get around this problem, you need to install the app through a simple process called sideloading.

If you’re running a version of Android older than Android 8.0 Oreo, your first step is to visit the Settings app. Tap Security and toggle Unknown sources to On. This lets you install apps from outside the Google Play Store. In general, downloading outside apps can harm your phone’s security, but if you’re planning to install trusted apps from a reputable source (as we are in this guide), then your device will be perfectly safe.

In Android Oreo, engineers have removed this setting. Instead, whenever you try to install something from a non-Google-Play source, you’ll receive warnings on an app-by-app basis. When the warning appears on screen, tap Settings and then turn the Allow from this source switch to On.

Once you’ve enabled outside apps, head to your phone’s mobile browser and load a safe and respected repository of Android Application Package, or APK, files. We recommend APKMirror. Find the file for the app you want, making sure it’s the most recent one available. Finally, download and run it.

With Twitter Lite, you can still access your direct messages, searches, and notifications as normal. But it removes a lot of the visual bells and whistles you’ll find in the regular Twitter app for Android. In addition, you’ll miss out on Highlights and Moments, as well as the option to save tweets as drafts and the special night mode skin.

In exchange, you get a faster experience, and one that works better offline. According to Twitter, this version loads up 30 percent faster than the regular one, while using up less storage space and less of your phone’s memory. And the lite app caches more of your timeline than the full-fat version does, making offline browsing easier.

If you want to speed up your phone even more, Twitter Lite comes with a special data saver mode. When you visit the settings and enable this mode, the app will stop loading videos and images unless you specifically tap on them.

Facebook Lite doesn’t take away too many features—you still get the News Feed, notifications, and status updates—but the interface is simplified and stripped down. The main difference you’ll notice is the visual appearance: The menu and status bars won’t always appear on screen, and you’ll have to tap on certain options rather than swiping through them.

As a result, the lite app takes up less room on your phone’s storage and in its memory. It compresses much of the data, especially images, before they reach your phone, so it will also work faster on slower connections.

Unlike the regular Facebook app, the lite version includes Messenger in the same package. However, you can also download a separate Messenger Lite app. We have more information on that in the next entry.

In addition to the Facebook Lite app we discussed above, Facebook has released a stripped-down version of its Messenger service. Facebook Messenger Lite gives you most of the bulkier app’s main functions, including text chatting, sharing photos, emojis, and more. However, you miss out on features such as video calling, sharing your location in a conversation, and playing any games.

Despite this, you might consider the trade-off in app size and memory bloat worth it. In addition, the lite interface loads faster, although it looks chunkier and less smooth than the standard app’s does.

Everyone needs to keep in touch—even over slow or intermittent data connections. Microsoft released Skype Lite for people without widespread broadband and LTE, aiming specifically at phone owners in India. If you download it yourself, you’ll still get audio and video calling and text-based messaging, but you’ll lose the new Highlights feature, which lets you share moments in your day, and you won’t be able to broadcast your location or include animations and GIFs in your messages.

Behind the scenes, Skype Lite compresses more data to improve connection speeds. If you just want the Skype basics—calls and instant messaging—and you can live with an interface that’s plainer and less modern, then give Skype Lite a try.

As we mentioned earlier, Twitter and Facebook have lightweight mobile websites that you can use as alternatives to the official apps. The same goes for Instagram. Although it doesn’t have a lite app you can download, you can strip out unnecessary data-draining features by using the service through your mobile web browser.

Instagram’s mobile website recently added the ability to upload photos from your phone’s storage or camera directly to the site. This makes it almost as complete as the actual app. You can like posts, add comments, search the network, and even watch Instagram Stories posted by your contacts. However, you lose elements like the direct messaging features and the ability to post video clips. You also won’t be able to use the advanced editing tools: While you can apply filters to your pictures, you can’t adjust filter strength or tweak colors and brightness settings like you can in the main app.