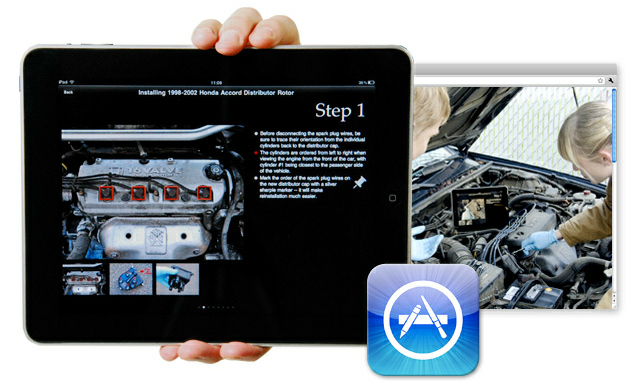 Dozuki (named, esoterically, after a Japanese saw with teeth that only allow back-cutting, for more precision) essentially allows any manufacturer to run their own iFixit, with step-by-step instructions for repairs and maintenance, beautiful photos, videos, and a dialed-in community. I spoke to Kyle Wiens, the co-founder of iFixit and a passionate, articulate guy, about Dozuki. “I think it’s going to come to a point where consumers start demanding better manuals,” he says. Wiens often talks wistfully about the pre-PC period, before the mid-1980s or so. “Thirty or fifty years ago, everything came with a useful manual,” he says. But not anymore. Try to download a manual for a printer, or a phone, or a laptop. It’s a total mess. Hard to find, hard to read, hard to use.

Companies can use Dozuki for a monthly fee, giving them the ability to create legitimately usable, useful, and (startlingly, for a product manual) very pretty guides. The company gets a specific template for repair guides, making it easy to pop in images and text. They’re available to users for free, either through a web browser, or on a mobile app (iOS is available now, Android coming soon). Wiens prefers the iPad (and soon, the Android tablet) version–they were actually designed before the smaller versions for smartphones.

Interestingly, considering the emphasis iFixit places on the wikified Web 3.0 “community” theme on their own site, Dozuki is highly structured and regimented. Everything is in a step-by-step format. Every step must have a photo of video illustration. Text must be brief. Images must go here, text must go here. No long expanses of prose. “It’s very opinionated software,” says Wiens. “But in exchange [for following our rules], we promise the manuals will be really good.” Soon you’ll be able to embed circuit schematics. Most companies opt for a limited amount of participation–users can comment with their own tips or corrections, which (ideally) would be reviewed and possibly incorporated by the company. It’s not fully collaborative, but it gives users a clear voice. There’s also a wiki option, fully opening the manuals up for user participation. “Manuals really need to be living,” says Wiens.

The companies that have already signed up are smaller startup types. Think Kickstarter, rather than Microsoft. As a matter of fact, the biggest Kickstarter project of all time, the Pebble e-ink connected watch, is in talks to make a Dozuki manual. Wiens sees, or hopes, that Dozuki will become a selling point for these companies. “It’s a way for manufacturers to differentiate themselves,” he says. “If they take the time to teach you how to service their product, that’s a mark of quality.” And it’s a way to build up goodwill–if you’ve ever had a car that lasted 200,000 miles, you’ll always think of that carmaker first when looking for a new one. And if that carmaker gave you detailed, illustrated instructions on how to keep the car running? That can only help.