How Can I Tell if My Phone’s Performance Measures Up?

How to make sure your browser, CPU, and network speeds are keeping up with the iJoneses and Jonesdroids 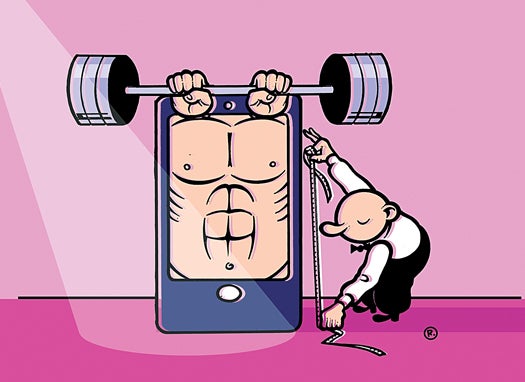 Without conducting some tests on a smartphone, it’s hard to tell whether an upgrade is overdue or just a waste of money. The most important component to benchmark is the CPU, which is most easily done on Android phones—the free application Quadrant generates a graph comparing processor speed with that of other popular phones.

To check the browser’s performance, use the SunSpider or V8 JavaScript test tools, which work across any phone platform. The Speedtest.net Mobile application is an easy-to-use tool for testing download speeds (which can vary from phone to phone on the same network) on both Android and iOS.

Battery life can also indicate if it’s time to trade up. To show how quickly the phone’s battery is draining over time, try Battery Graph, another Android app. Differences in network signal and software make comparing battery life between phones difficult, though. The best method of doing that, if you can get your hands on the phone you’re considering upgrading to, is to play the same video on both and measure how long it takes for the battery to die.