Kit of the Month: Twitter Your Home’s Power Consumption 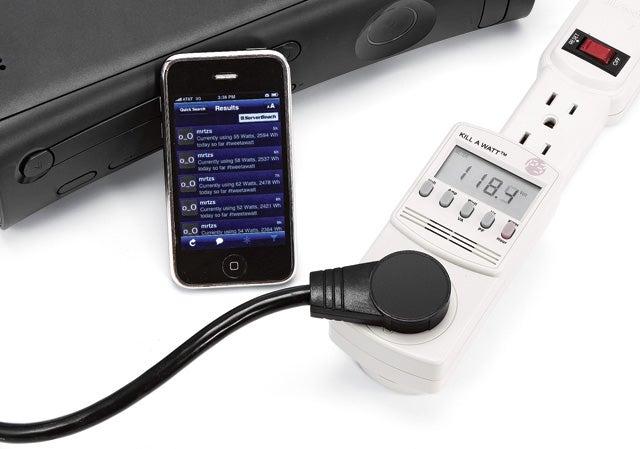 Twitter users can keep tabs on how much energy your Xbox and other electronics are consuming. Luis Bruno
SHARE

Nothing motivates like peer pressure, whether it’s friends goading you into one shot too many or friends tracking your power consumption on Twitter. That’s the thinking that led Limor Fried and PopSci contributing editor Phil Torrone, circuit wizards who run the electronics-kit seller adafruit.com, to cross a small power monitor with an XBee wireless home-automation module and a few lines of code.

The result of their experiment is the Tweet-A-Watt. The setup starts with the popular and inexpensive Kill A Watt power meter, which plugs in between any appliance and an outlet and displays how many kilowatts are being used. The XBee module sends that data to a computer, which broadcasts to a Twitter feed so your legions of followers can, in theory, watch your watts go down over time.

Last spring, the project won the pair the Consumer Electronics Association’s Greener Gadget contest and coverage on CNN. Now it’s available as a kit for sale at their Web site. It’s open-source, so you can see all the code, parts and methods they used to build it, and modify it as you like to expand its functionality. The kit involves some soldering and programming but comes with crystal-clear step-by-step directions. After enough updates, your followers are bound to start telling you to shut off your air conditioner more often — if you haven’t already decided to do it on your own. 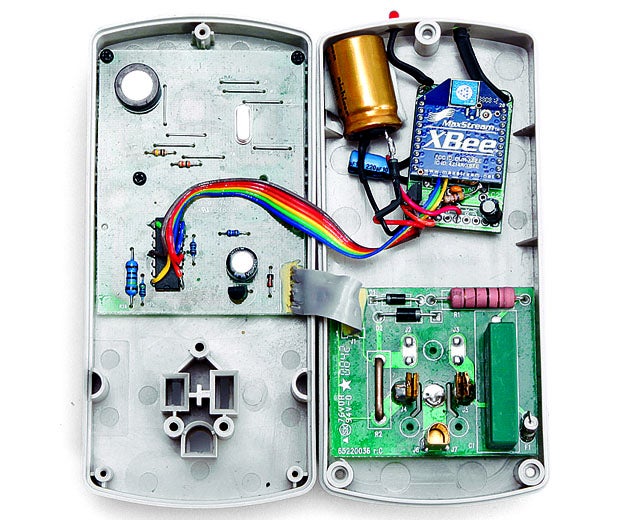 2. Solder together the XBee receiver, which plugs into your computer to pull in the data broadcast from the Kill A Watt.

3. Plug the XBee modules into your computer’s USB port, and adjust the settings.

7. Plug the Kill A Watt meter into a wall outlet, and plug an appliance into the meter. You can also plug a multi-outlet power strip into the meter and monitor the power consumption of an entire room of your house.